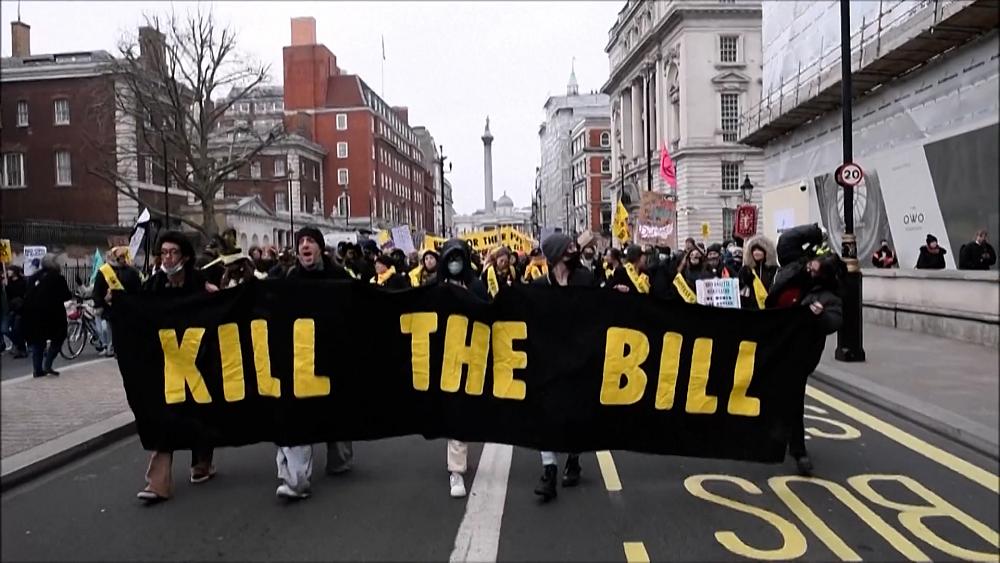 Loads of demonstrators have gathered in London to protest towards the debatable “Police, Crime, Sentencing and Courts” Bill, which would supply British police better powers to crack down on disruptive protests, however which critics say significantly restricts the appropriate to peaceful protest.

Similar marches happened in numerous different UK cities in toughen of the “Kill the Invoice” coalition, ahead of a crucial vote at the invoice within the Space of Lords on Monday.