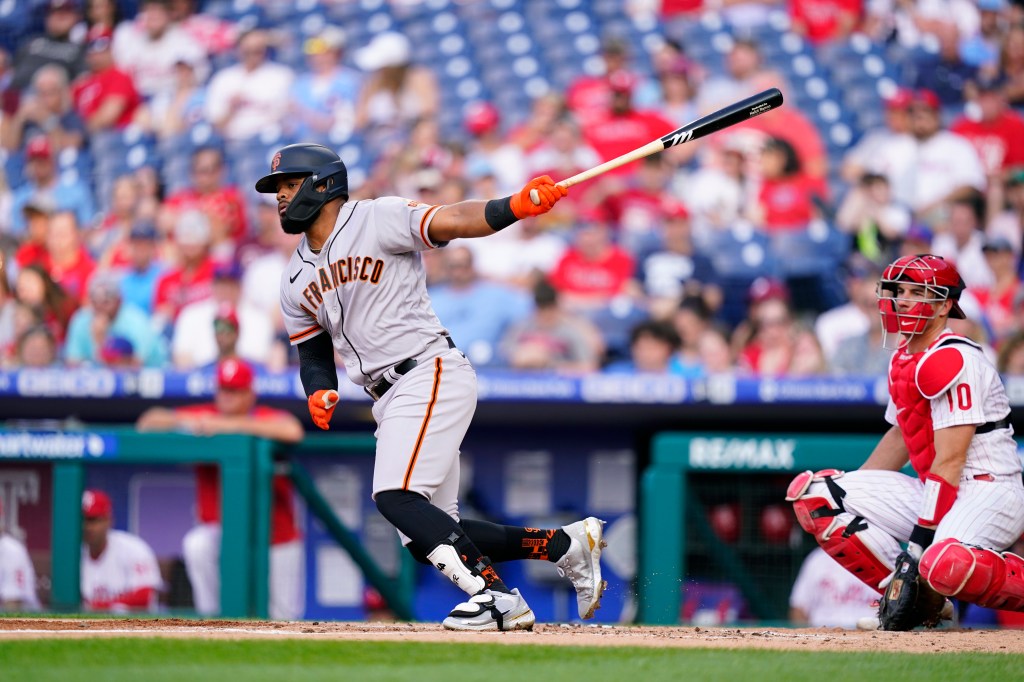 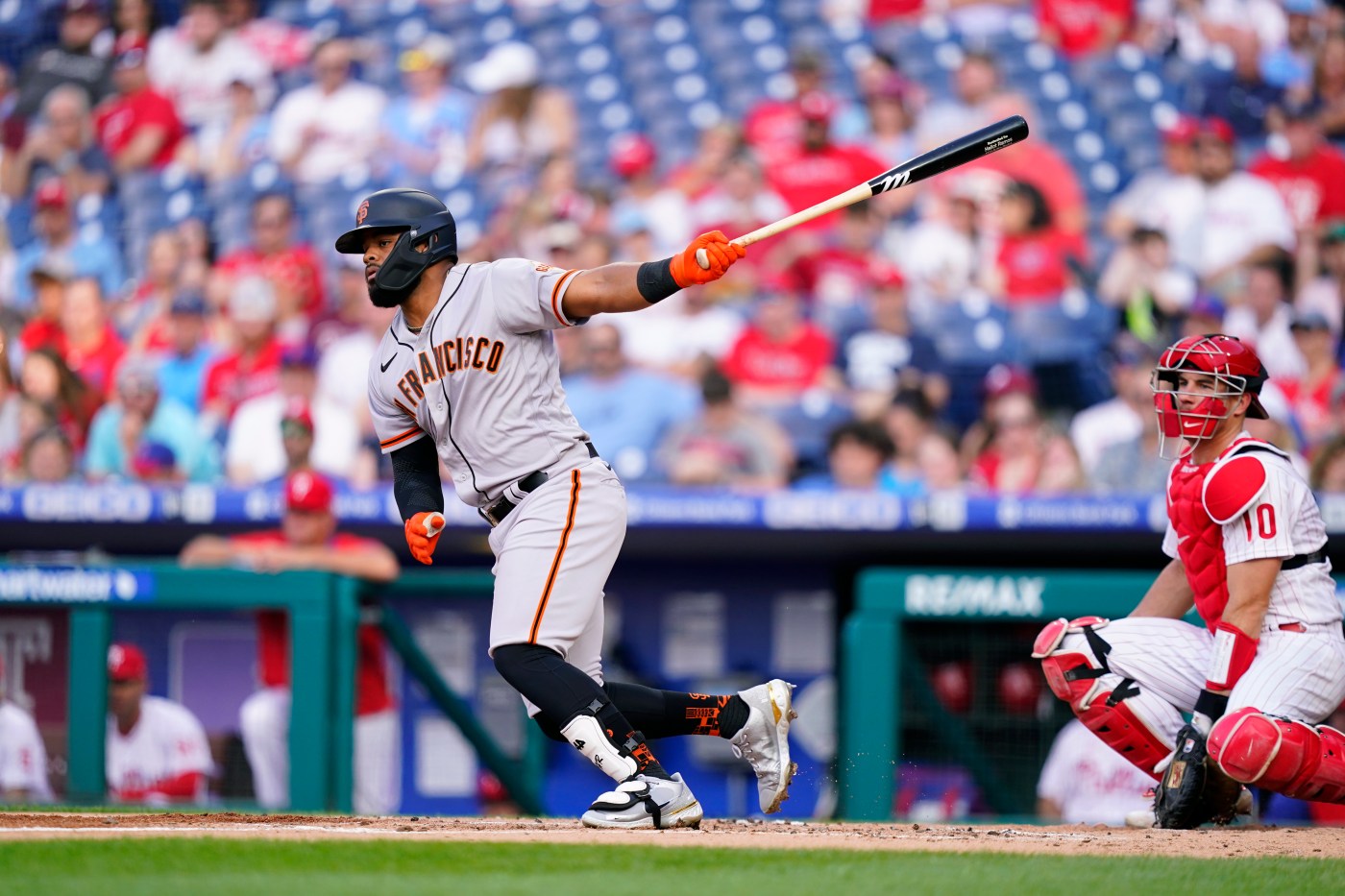 PHILADELPHIA — When the Giants sent Heliot Ramos, one of their top outfield prospects, back to Triple-A after a short stint with the big club in April, they told him to hit his way back to the majors.

Ramos, who joined the team in Philadelphia on Tuesday and was promptly optioned back to Triple-A before Wednesday’s game, didn’t exactly do that. But the progress he has made at the plate in the last week gave manager Gabe Kapler the confidence to throw him in the lineup when Darin Ruf was placed on the bereavement list.

Ramos put recent adjustments he’s made with Triple-A hitting coach Damon Minor on display Tuesday, with two of the hardest-hit balls of anyone in the marathon extra-innings win. In his first at-bat, he hit a line drive so hard — 105.4 mph — that it caused third baseman Alec Bohm to mishandle it and was credited with an error. His next time up, Ramos came mere feet shy of his first big league home run, hamming a ball 106 mph off the bat that fell just short of the wall.

Ramos spent most of Tuesday traveling, leaving Sacramento around 6 a.m., catching a connecting flight in Phoenix and finally making it to Citizen’s Bank Park around 4:15 p.m. And the next day, he was optioned back to Triple-A (though didn’t immediately leave the team), so the Giants could add an additional pitcher (Sam Long) and a left-handed bat (Jason Vosler).

He’s optimistic, though, that the changes he made recently will help him get back to the bigs.

Ramos was 6-for-13 with a home run and a double and hadn’t struck out once in his past three games at Triple-A, after starting the season 25-for-142 (.176) with only six extra-base hits and 45 strikeouts.

“It was a tough month and half because I was just trying to figure it out, how my body’s supposed to move,” Ramos said. “I was tightening up too much, I didn’t have space for my hands. I just opened up a little bit and try to be more free to hit the ball. … But now I have a pretty good idea of how to do it. I’m feeling good, I’m feeling great.”

Ramos, a native of Puerto Rico, was looking forward to the Giants’ upcoming trip to Miami (“They have a lot of Puerto Rican restaurants there. I would love it.”). Although he was a casualty of roster needs for their series finale Wednesday in Philadelphia, Kapler said it was possible that Ramos would accompany the team to Miami.

“There’s a lot of balls in the air, and I would say Heliot is still one of those,” Kapler said. “The last couple of days were better in Triple-A. The at-bats were fine yesterday.”