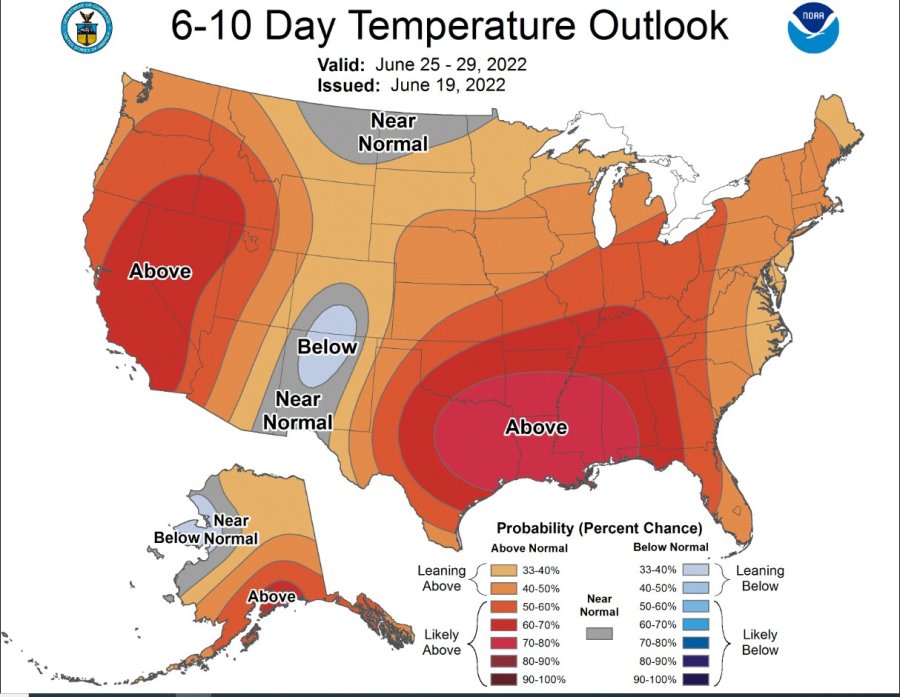 A heat dome parked over the country has sent temperatures skyrocketing from Minneapolis to New Orleans. When will we see relief from the oppressive heat?

How soon your summer gets back to normal depends on where you live, explained Brian Hurley, a meteorologist with the National Weather Service.

“For the areas west of the Mississippi, and even the Plains at this point, the worst of it is behind them – at least for this round,” Hurley said. But not everyone is so lucky.

On Tuesday, the hottest weather was found in the Midwest and Great Lakes Region. But starting Wednesday, those scorching temperatures would start to move further south, Hurley said. He expected the core of the heat dome Wednesday to be over Iowa, the Tennessee Valley, the lower Mississippi Valley, and the Southeast.

“The areas we’re most concerned about the next couple days are further south, like Alabama, Georgia and the Tennessee Valley, where we could see triple digit readings and record breaking highs,” Hurley said.

The coastal I-95 belt along the East Coast, from Maine down to Florida, was expected to be pleasant Wednesday, Hurley said. “But you won’t have to go too far west before you start getting into the heat,” he added, saying Pittsburgh was set to be in the 90s, for example.

Things shift again late Thursday into Friday. The Gulf Coast will still be hot, plus the Plains states will start to see temperatures ramp back up again. A band of unseasonably hot weather is forecast from Texas up the Dakotas, and Plains residents shouldn’t be surprised to have a widespread Heat Advisory issued later this week.


What is a federal gas tax holiday?

“In the latter part of the weekend, the heat will really start to press south and southeastward,” Hurley said. “By the time we get to Monday, temperatures are going to be very near normal over the southern tier.”

Monday is when the band of high pressure, or heat dome, over the U.S. will have shrunken away, leaving most parts of the country with the kind of summer heat they’re used to, the meteorologist said.

“It will just leave the southern tier, from the southern Plains through the deep South and the Carolinas with a lot of 90s and a sprinkling of 100s – but that’s very normal for this time of year.”