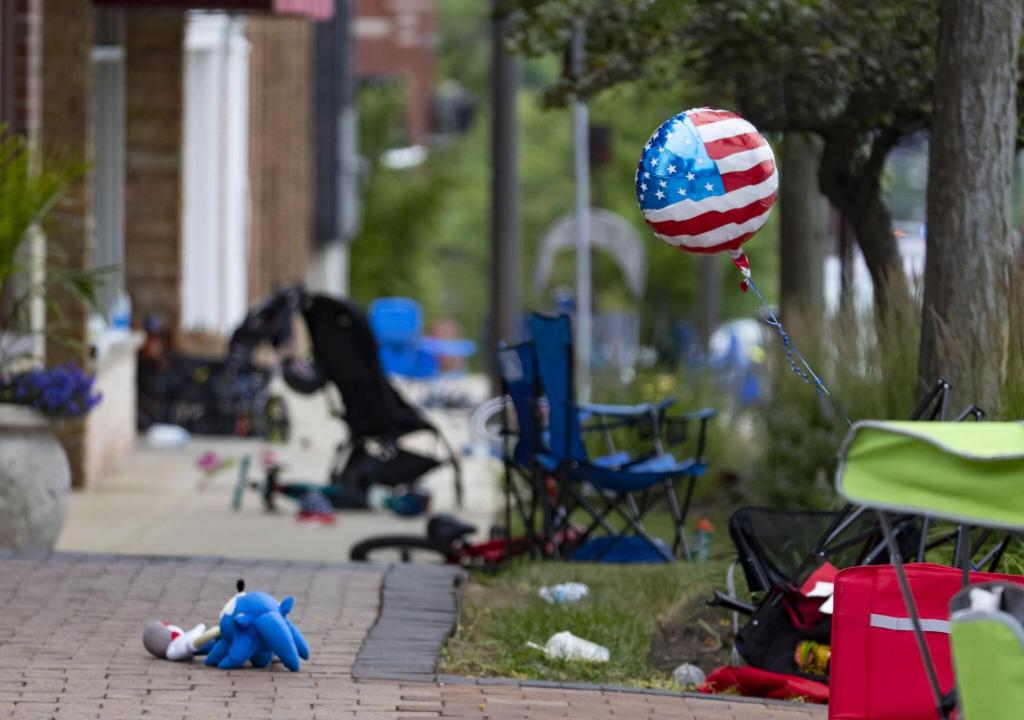 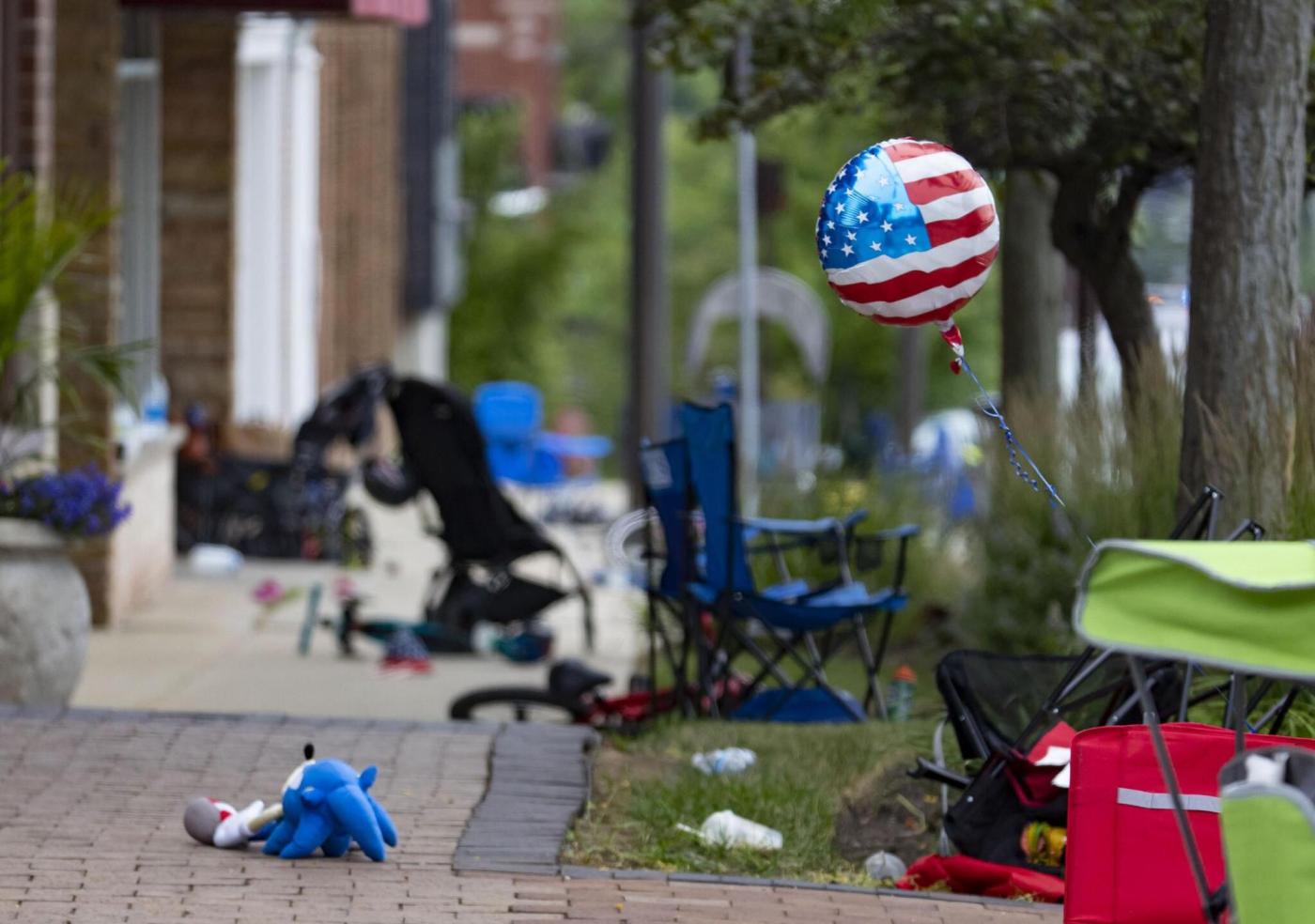 The man detained in Monday’s massacre at a Fourth of July parade in Illinois admitted to investigators that he fired on the crowd, a prosecutor said during a court hearing Wednesday.

Robert E. Crimo III, 21, gave a voluntary statement to investigators “confessing his actions,” including that he opened fire at paradegoers, assistant state’s attorney Ben Dillon alleged during a bond hearing.

Crimo, who was arrested hours after the shooting Monday, will be held without bond, a judge determined during Wednesday’s hearing, conducted by a video call.

Also Wednesday, a police spokesman said Crimo drove to Madison, Wisconsin, on Monday following the Illinois shooting, and contemplated a shooting there.

Crimo, after driving to Madison, saw “a celebration that was occurring … and he seriously contemplated using the firearm he had in his vehicle to commit another shooting in Madison,” Lake County Major Crime Task Force spokesperson Chris Covelli told reporters after the court hearing.

“We don’t have information to suggest he planned on driving to Madison initially to commit another attack. (But) we do believe that he was driving around following the first attack and saw the celebration” and then contemplated a shooting there, Covelli said.

The man suspected of killing seven people and wounding dozens at a Fourth of July parade in a Chicago suburb is expected to make his first court appearance Wednesday.

And while another community reels after a shocking mass shooting, its mayor is questioning how the suspect was able to purchase weapons given his previous encounters with law enforcement.

Robert E. Crimo III, 21, faces seven counts of first-degree murder “for the killing spree he has unleashed against our community,” Lake County, Illinois, State’s Attorney Eric Rinehart said at a news conference Tuesday. A conviction would result in a sentence of life imprisonment without parole, he said. Illinois abolished capital punishment in 2011.

“These are just the first of many charges that will be filed against Mr. Crimo. I want to emphasize that,” Rinehart said, and prosecutors will ask a judge to deny bail.

The suspect, according to authorities, opened fire from a rooftop in Highland Park as the parade got underway just after 10 a.m. CT on Monday. More than 70 high-velocity rounds were fired with a rifle “similar to an AR-15,” said Lake County Major Crime Task Force spokesperson Chris Covelli.

Crimo dressed in women’s clothing, investigators believe, to conceal his identity. He left the roof and blended in with the fleeing crowd to escape the area, Covelli said.

Five of the people shot at the parade were pronounced dead at the scene, officials said, and two people hospitalized succumbed to wounds. A total of 39 patients were transported to medical facilities “by either ambulance or other means,” according to Jim Anthony with NorthShore University Health System, and nine patients — whose ages range from 14 to in their 70s — remained hospitalized as of Tuesday afternoon.

Crimo allegedly had another rifle in his vehicle when he was pulled over by police hours after the shooting, Covelli said, and other firearms were recovered from his residence in nearby Highwood.

Crimo is believed by authorities to have planned the attack for weeks, and the rifle used appears to have been purchased legally in Illinois, he said.

Yet information released by state and local police shows the suspect previously required officer intervention over threats of violence and mental health concerns.

Crimo had two encounters with police in 2019 over fears for his safety and that of others, information that prompted Highland Park Mayor Nancy Rotering to wonder how Crimo was able to later legally obtain firearms.

The Highland Park Police Department received a report in April 2019 that Crimo had earlier attempted suicide, Covelli said Tuesday. Police spoke with Crimo and his parents and the matter was handled by mental health professionals, he said.

In September that year, a family member reported that Crimo threatened “to kill everyone,” and had a collection of knives, Covelli said. Police removed 16 knives, a dagger and a sword from their residence.

Highland Park police submitted a “Clear and Present Danger” report about the visit to the Illinois State Police, the state agency said. Family members were not willing to file additional complaints, the state police said in a Tuesday news release.

The knives confiscated by Highland Park police were returned the same day after Crimo’s father claimed they were his, the state police said.

Over the next two years, Crimo legally purchased five firearms, according to Covelli — including rifles, a pistol and possibly a shotgun. State police confirmed Tuesday that Crimo passed four background checks between June 2020 and September 2021 when purchasing firearms, which included checks of the federal National Instant Criminal Background Check System.

To buy firearms in Illinois, people need a Firearm Owners Identification (FOID) card. Crimo was under 21, so he was sponsored by his father, state police said. Crimo’s application was not denied because there was “insufficient basis to establish a clear and present danger” at the time.

The only criminal offense included in Crimo’s criminal history was a January 2016 ordinance violation for possession of tobacco, police said, which occurred when he was a juvenile.

Mayor Rotering — who said she knew the suspect as a boy in a Cub Scouts pack she’d led — said she is “looking forward to an explanation” of how Crimo was able to obtain firearms, saying Highland Park police had filed the necessary reports.

“We know that in other countries people suffer from mental illness, they suffer from anger, maybe they play violent video games, but they can’t get their hands on these weapons of war and they can’t bring this kind of carnage to their hometowns. This has to stop,” the mayor told CNN’s Anderson Cooper on Tuesday, noting the state has “red flag” laws but adding people need to speak up if they see warning signs.

Investigators are working on determining a motive.

One detail that emerged about Crimo was that he was present at a Passover service in April at Central Avenue Synagogue in Highland Park, according to a congregation official. He “didn’t look familiar” and left on his own, the official told CNN.

Officials currently “have no information to suggest at this point it was racially motivated, motivated by religion, or any other protected status,” Covelli said.

6 of the victims identified by officials

On Tuesday, authorities identified six of the seven victims killed in the shooting:

A seventh victim died at a hospital outside of Lake County, coroner Jennifer Banek said.

Irina and Kevin McCarthy were with their 2-year-old son, Aiden, who was found alive and taken to safety, their family told CNN.

Aiden survived because his father shielded him with his body, his grandfather, Michael Levberg, told the Chicago Sun-Times.

Aiden was taken to a police station, and Levberg picked him up, the grandfather told the Chicago Tribune.

“When I picked him up, he said, ‘Are Mommy and Daddy coming soon?” Levberg said Tuesday, according to the Tribune. “He doesn’t understand.”

Among those wounded in the shooting was Eduardo Uvaldo, a 69-year-old man who has been taken off life support and is fighting for his life at Evanston Hospital, his daughter told CNN on Tuesday.

“Doctors said there’s nothing they can do,” Karina Uvaldo-Mendez said, but added her father was still breathing on his own. “We need everyone to keep us in their prayers.”

Uvaldo was shot in the arm and then the back of the head, according to a verified GoFundMe campaign. His wife and grandson also sustained injuries, Uvaldo-Mendez said.

He tended to avoid parades because he doesn’t like crowds, she said — but he did like the one at Highland Park and it was the only one he attended annually.