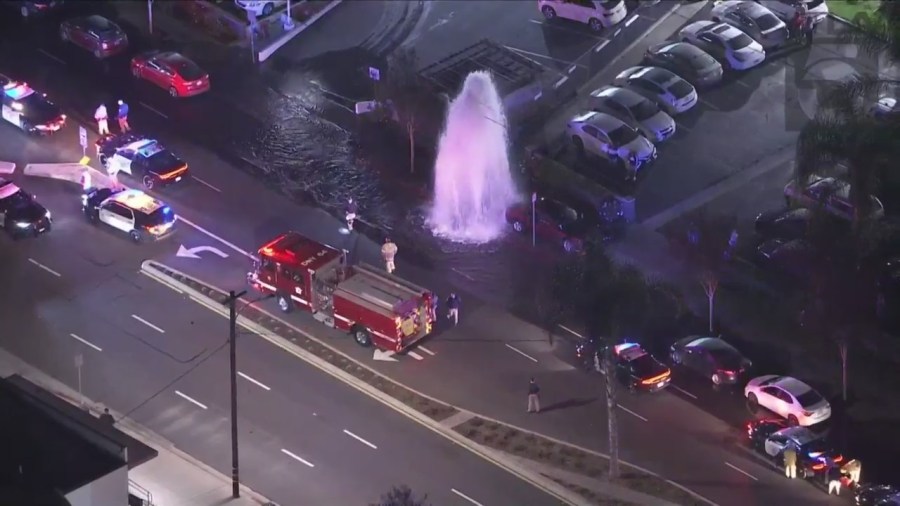 Officers with the California Highway Patrol were in pursuit of a suspect driving at high speeds who crashed into a fire hydrant Wednesday night in Pico Rivera.

The driver was fleeing authorities on the westbound 60 Freeway through the City of Industry, before transitioning to the southbound 605 and then exiting the freeway at Telegraph Road.

On Telegraph Road, the pursuit suspect lost control of the vehicle and struck a fire hydrant on the opposite side of the street.

The driver hopped out of the vehicle and attempted to run, but was quickly tackled by authorities and taken into custody.

Aerial footage from Sky5 showed water spewing onto the roadway as first responders were on the scene.