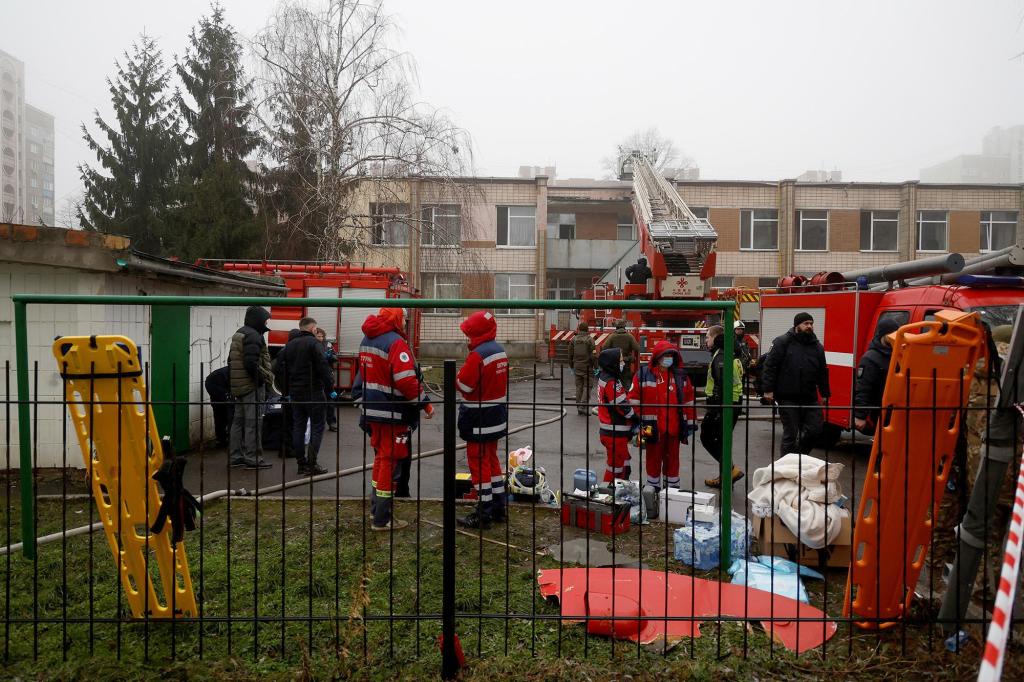 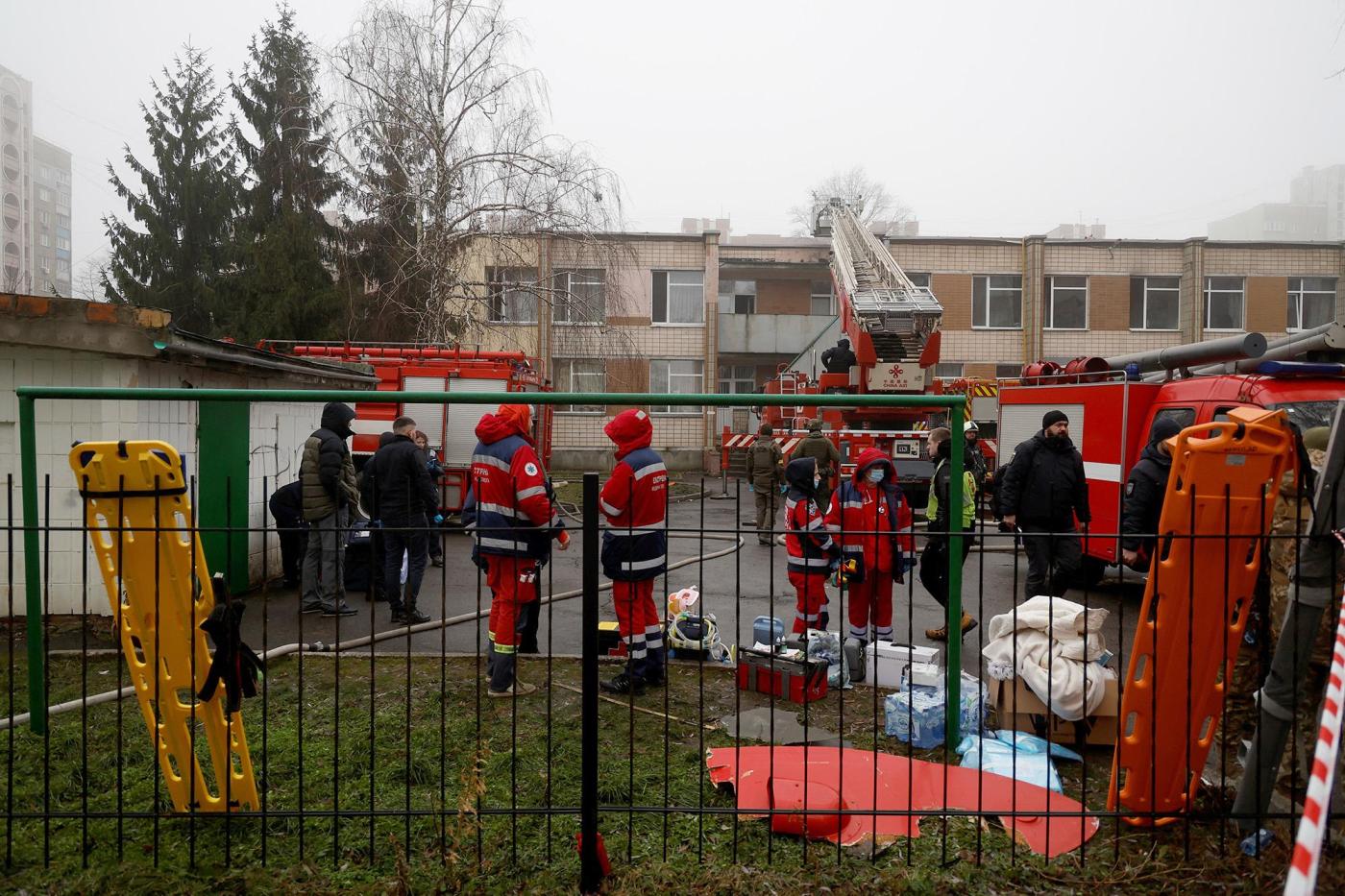 A helicopter crash near a kindergarten in the Kyiv region has killed at least 14 people, including the leadership team of Ukraine’s interior ministry who were traveling on the aircraft, according to officials.

A further 25 people, including 11 children, were injured following the incident in the city of Brovary Wednesday, according to the State Emergency Service of Ukraine (SES).

The emergency service has revised down the number of people killed in the crash on the outskirts of Ukraine’s capital — the previous death toll was 18.

According to the updated information, 14 bodies were found at the crash site, including one child and all nine people who were on board the helicopter — six ministry officials and three crew members.

Search and rescue operations have ended at the crash site, the SES said on Wednesday afternoon.

The Ukrainian Security Services, the SBU, has launched an investigation into the crash, and posted on Facebook that “several versions of the tragedy are being considered.”

They include: “Violation of flight rule, technical malfunction of the helicopter (and) deliberate actions to destroy the helicopter.”

There has been no suggestion from any other Ukrainian officials about Russian involvement in this crash. Ukraine’s President Volodymyr Zelensky has described the incident as a “tragedy.”

A CNN team on the ground in the Kyiv region noted gray skies and very low visibility.

The helicopter that crashed was a Eurocopter EC225 “Super Puma,” the CNN crew confirmed after seeing remnants of flight manuals among the debris.

The SES said that this helicopter “was repeatedly involved in the transportation of personnel to emergency sites.”

An SES statement posted on Facebook added: “The crew of the aircraft was trained to perform tasks in difficult conditions and had the required number of hours of flying time.”

It landed near a kindergarten and a residential building, Oleksiy Kuleba, head of the Kyiv Regional Military Administration, said earlier.

“At the time of the tragedy, there were children and the staff in the kindergarten. At the moment, everyone was evacuated,” he wrote on Telegram.

In a written statement, Zelensky called the crash “a terrible tragedy,” adding that he has ordered the Ukrainian Security Services “to find out all the circumstances.”

Zelensky ended his statement by saying the interior ministry officials were “true patriots of Ukraine. May they rest in peace! May all those whose lives were taken this black morning rest in peace!”

The officials are thought to be the most senior government figures to have died since Russia invaded Ukraine last February.

Monastyrsky, 42, was a lawyer by training. According to a biography published on the ministry’s website, he spent some years teaching law and management at a university in his home town of Khmelnytskyi, before deciding to turn “from theory to practice” and become involved in politics.

He worked on reforming Ukrainian law enforcement following the 2014 Euromaidan revolution, rose through the ranks and was appointed interior minister in July 2021.

News of Monastyrsky’s death sparked a wave of reactions from many of his counterparts and other foreign leaders.

“Saddened by the tragic death of the Ukrainian Interior Minister Denis Monastyrsky. Thoughts for all the victims of this terrible event that occurred near a kindergarten, for the children and the families,” French President Emmanuel Macron tweeted.

Charles Michel, president of the European Council, also paid tribute to Monastyrsky as “a great friend of the EU.” Michel tweeted that the European Union joins Ukraine “in grief following the tragic helicopter accident in Brovary.”

Yenin, also 42, served as Ukraine’s deputy prosecutor general and deputy minister of foreign affairs before becoming Monastyrsky’s first deputy in September 2021, according to the ministry’s website.

Lubkovychis was 33 and, like the other two men, was appointed to the ministry in 2021.