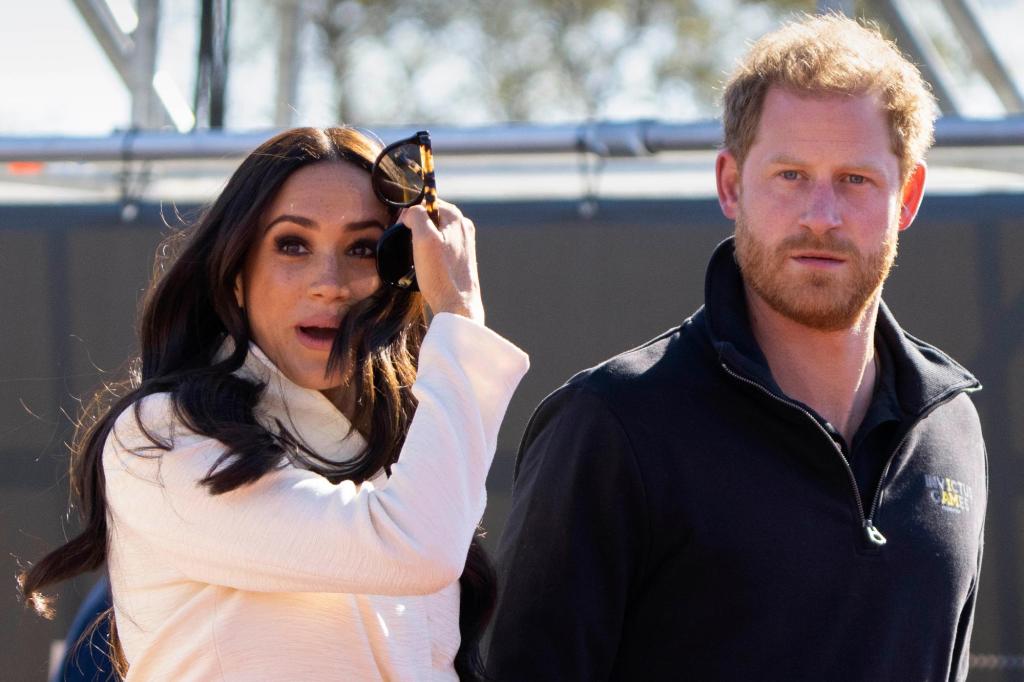 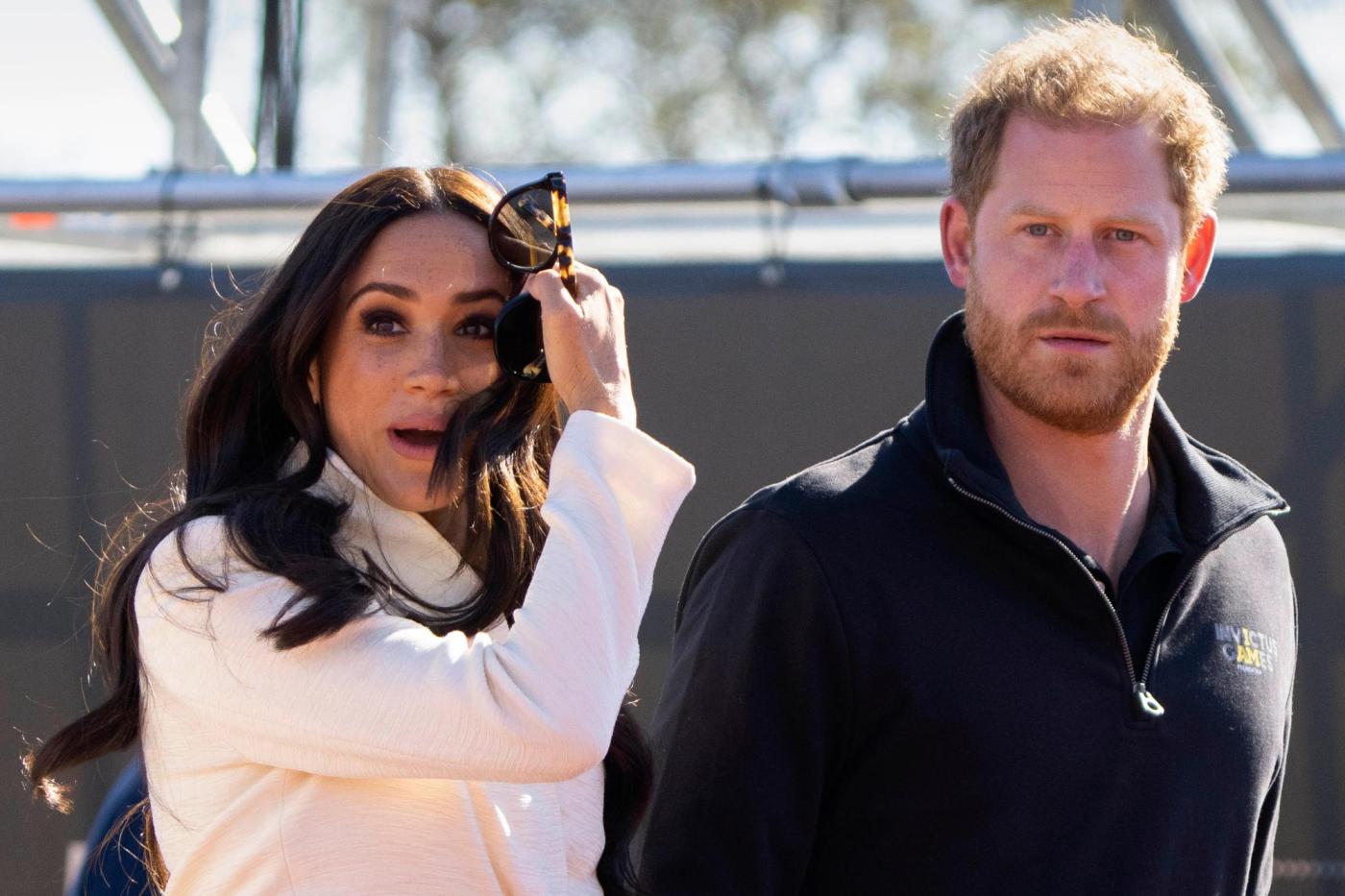 Maybe people who scooped up Prince Harry’s memoir “Spare” and turned it into the fastest-selling non-fiction book of all time are hate-reading. Or, maybe they’re drawn to his ghostwriter’s considerable narrative skills, or they just want to read juicy gossip about one of the most famous, glamorous and mysterious families on earth.

Those could be some of the explanations for this paradox: “Spare” is a massive success on both sides of the Atlantic, but Harry and his wife, Meghan Markle, remain unpopular in the U.K. Even more surprising: A new poll from Newsweek shows that the Duke and Duchess of Sussex have lost significant favor in the United States, whose population tends to admire people who stand up to stodgy institutions like the British monarchy and appreciate celebrities who open up about their personal struggles.

If the purpose of Harry’s confessional book and the couple’s media blitz over the past few months has been to sell books, spark controversy and get spectacular audience numbers, “they’ve smashed it. They’ve done a terrific job,” Edward Coram James, a top London-based PR expert told Newsweek on Tuesday, a day before the poll was released.

But if the couple’s purpose has “a reputational element” — that is, to win people to their side and attract new fans — then their media blitz “has been a disaster,” James said.

Britons have been down on the Sussexes since their acrimonious departure from the U.K. and royal life in 2020. A YouGov poll released last week, two days after “Spare’s” publication, showed that only a quarter of Britons have a positive opinion of Harry, while 68% have a negative one. His American wife doesn’t fare much better, with 68% having a negative opinion of her and just 22% having a positive view. She’s the least liked British royal, aside from Prince Andrew.

The Newsweek poll released Wednesday indicates that the “more Harry and Meghan talk, the less Americans” like them. The poll by Redfield & Wilton of more than 2,000 U.S. registered voters on Monday shows that the rebel son of King Charles III was liked by only 31% of respondents and disliked by 38%, a net approval rating of -7. Data collected on Dec. 5, before the couple’s six-part Netflix series aired, gave Harry a +38 net approval rating, meaning he dropped 45 points in a little more than a month.

Meghan didn’t fare much better. The poll showed that she was viewed favorably by only 26 percent of Americans and unfavorably by 39 percent, giving her a net approval rating of -13. This compares to +23 on Dec. 5, a drop of 36 points. Even more startling, the data shows that Meghan is less popular in the United States that Camilla, the queen consort, even after Harry’s searing criticisms of his stepmother, Newsweek’s royal correspondent Jack Royston reported.

There’s something “seriously wrong for Harry and Meghan in their messaging,” Royston tweeted. The data furthermore suggests that the couple have not won over a key demographic: American 18- to 24-year-olds. Only 31% view Harry positively but 38% view him negatively. Among this group, only 26% percent viewed Meghan positively, while 34% percent viewed her negatively. The data shows that her outspoken views on feminism have not won her support among young women, Royston said.

The couple also don’t have as many fans among Democrats as assumed, even as they champion causes dear to progressive voters, Royston reported. Only about a third of people who voted for Joe Biden like Harry and Meghan individually, and roughly the same number of Democrats dislike them.

This poll comes after U.S. media figures and people online expressed discomfort with the way Harry shared other peoples’ personal information in “Spare” and offered “one-sided” accounts of difficult family interactions with his father, Prince William, and Kate Middleton. CNN’s Don Lemon went so far as to say Harry was “gauche” and asked what his purpose was in airing his family’s “dirty laundry.”

Former New Yorker and Vanity Fair editor Tina Brown, author of 2007’s “The Diana Chronicles,” said Harry is probably partially motivated by money, something that 41% of Britons believe, according to the YouGov poll. The CBS News contributor, who also authored the 2022 book “The Palace Papers,” told Gayle King last week that Harry was “doing some gaslighting himself” because, “here is is, selling his family for money, when he’s talked so often about the agony of being betrayed.”

In his Puck newsletter, entertainment industry expert Matthew Belloni acknowledged that Harry and Meghan had “won the week,” with “Spare” selling 1.4 million copies on its first day. But Belloni also wrote: “Love or hate the Sussexes of Montecito (I’m now leaning toward the latter).” In response to the question, “What do they do now?” Belloni said, “It’s probably time to go away for a bit.”

The Newsweek and YouGov polls come as Harry’s salacious story about suffering a frostbitten penis before William and Kate’s 2011 wedding has become a punchline for people on Twitter and late-night comics, particularly Jimmy Kimmel. More than a week after “Spare’s” publication, the frozen “todger” story threatens to overshadow more serious aspects of the book that have won praise from critics at the New Yorker or Los Angeles Times. By being seen in his “clown persona,” Harry could hurt his efforts to rebrand himself as a global figure with the gravitas to speak out on issues like racism and mental health, Royston also reported this week.

Royal correspondent Richard Palmer for the Daily Express, part of the U.K. media that Harry has condemned, asked on Twitter: “Could it be that the lasting legacy of this project is that it turned him into an international laughing stock?”

Prince Harry’s decision to write a memoir has been a commercial success, provoked controversy around the world, and further alienated him from many Britons. But could it be that the lasting legacy of this project is that it turned him into an international laughing stock?

In the days before and after the publication of “Spare,” Harry received tons of coverage that focused on the serious aspects of his autobiography, including moving passages about his grief over the 1997 death of his mother, Princess Diana, as well accounts of his military service in Afghanistan. He also won sympathy for his harrowing descriptions of being targeted by aggressive paparazzi as a young man, his complaints that the royal family remained silent on racist stories published about Meghan and his allegations that certain family members, notably Camilla, secretly colluded with the tabloids to curry favor with editors.

But the handling of some of these topics in “Spare” has drawn criticism. The military community raised concerns about Harry’s disclosure that he killed 25 members of the Taliban, with veterans and military leaders saying he dehumanized the enemy and created possible security risks for himself, his family and active military personnel.

James, the PR expert, and others also have questioned whether Harry and Meghan were being hypocritical when they decried invasion of their privacy or accused the royal family of leaking stories about them to the U.K. media. Meghan’s U.K. court case and the book “Finding Freedom” show that she and Harry know how to play the PR game and have done their share of leaking to sympathetic journalists.

Podcasters for major U.S. media organizations also have scratched their heads at Harry’s repeated declarations that he believes a reconciliation with his family is possible, even after he’s flogged them in his book, or at his statement to Anderson Cooper that he doesn’t see the point in giving up their duke and duchess titles. By saying, “What difference would it make,” Harry fuels the view that he and Meghan need their connections to royalty to stay interesting to people who buy “Spare” or watch their Netflix special.

If it’s true that Harry and Meghan need the monarchy to thrive, then it may not be any consolation to them that the monarchy’s long-term constituents, Gen Z Brits, would be happy to see the monarchy go, according to the YouGov poll. Some 52% in this age group favor abolishing the monarchy, while only 34% want it to continue.