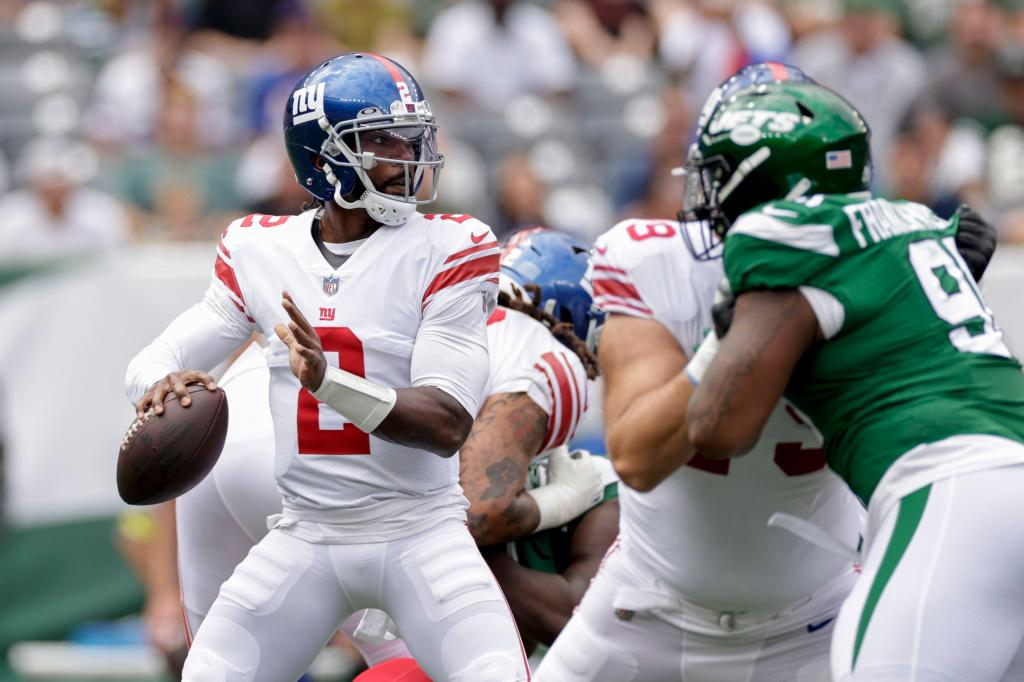 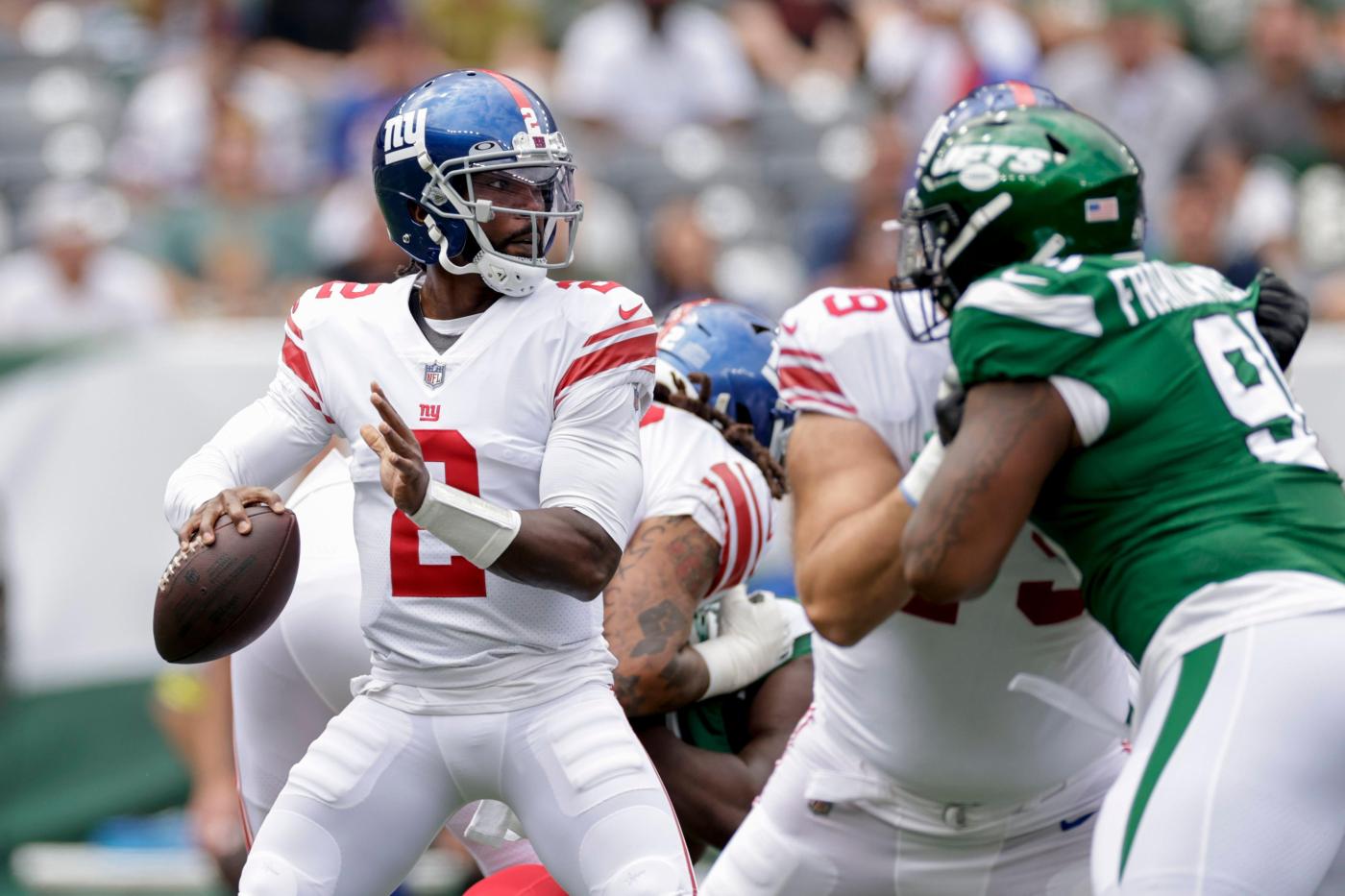 No one is safe from the Giants’ injury bug.

The team said Taylor had a back injury.

Taylor started the game, with Daniel Jones resting, and threw an early interception.

He was under constant duress playing behind an offensive line of mostly backups, with the exception of center Jon Feliciano.

Taylor was hurt with about two minutes left in the first quarter, rolling out to his right away from pressure. Clemons charged from Taylor’s left and clothesline tackled Taylor to the turf as the QB completed a 25-yard pass to tight end Daniel Bellinger.

Taylor was down on the ground for a long while being examined by trainers. He eventually jogged off the field under his own power.

But the second he reached the sideline, he dropped to the turf again. He struggled to walk into the blue medical tent. And eventually he was carted into the locker room.