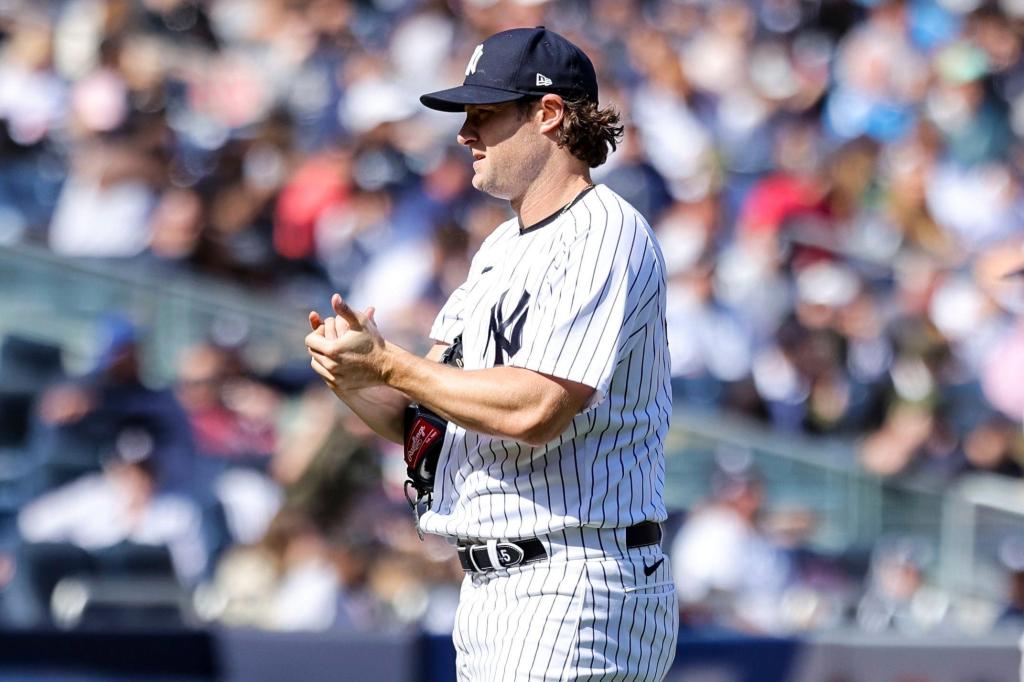 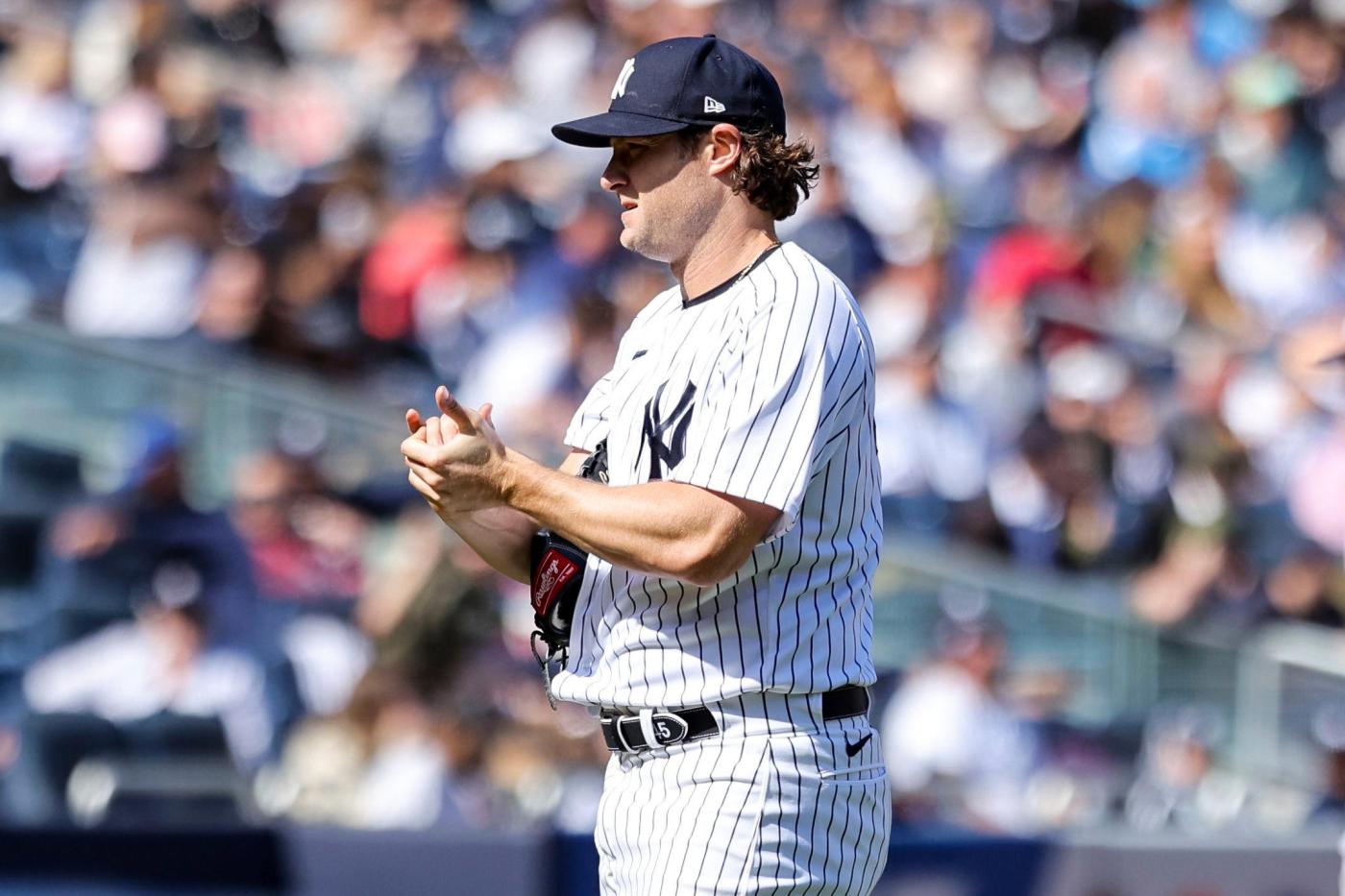 KANSAS CITY — Gerrit Cole admitted he finally got a good night’s sleep last Sunday night. After struggling to start the season, with lingering questions from last season, the Yankees’ ace put up his most dominant performance of the year in his last start, Sunday against the Guardians back in the Bronx.

There was some relief that came with the familiar feeling of pitching well and having his way on the mound.

“And I certainly slept better.”

Through his first three starts, Cole managed to get through just 11.1 innings and he carried a bruise of an ERA (6.35). That was capped by a career-shortest outing in Detroit, where he was yanked in the second inning after having walked five.

That made for some sleepless nights not just for Cole, but Yankees fans. And if they were honest about it, for Yankees officials. The Bombers signed Cole to a nine-year, $324 million deal in 2018 to get them over the hump and back to a World Series. While focused on a “struggle to start the season,” Coles issues went further back to last season.

Cole came out early in 2021 as the best pitcher in the league and then became the poster boy for pitchers using illegal sticky stuff on the balls in June when MLB decided to enforce their own rules more stringently. He adjusted and regained control of his season, only to catch COVID after the All-Star break. He got back on track and then whether it was a tight hamstring or the workload (181.1 innings pitched after just 91 in 2020), Cole went into that AL Wild Card game with a 6.35 ERA over his last four starts.

And the last image of Cole from the 2021 season was him walking off the mound at Fenway in the third inning thoroughly beaten by the Red Sox.

So, his slow start to 2022 didn’t do much to erase those nightmares, but last Sunday led to a more restful night. Another steady start against the Royals Saturday night  could really ease some of those concerns left over from last season.

At least, Sunday, Cole looked more like the ace the Bombers signed in the winter of 2019. He threw 6.2 scoreless innings, scattering four hits and striking out nine.

“Just a lot of good quality pitches and I think that you know we’ll try to replicate,” Cole said of Sunday’s start. “And try to replicate just staying on the attack really.”

He also is bringing confidence in an improved cutter. Cole threw the cutter in college and this offseason decided to bring it back and has slowly been increasing his usage of it this season.

“The thought was I can throw this pitch, so let’s see how good it is … and then let’s see if it can be used in a situation where you have the ‘C game’ or you don’t really have anything working and you’re basically just trying to fill the zone up with different shapes,” Cole said. “That can be an extra shape, that if it throws someone else off, to be an extra shape that matches up well against a particular player’s swing.”

Against the Guardians, Cole got four called strikes and two swing-and-misses on the cutter. He’s thrown a total of 43 so far this season and batters are hitting just .125 against it.

All signs point to it being a good addition to his repertoire.

“I think he, and we, kind of like some of the early signs of what that pitch could be for him,” Yankees manager Aaron Boone said. “There’s certain teams that sell out to try and take his fastball away from him. [The cutter] gives him a little something off of that.

“Hopefully, that [pitch] added to the mix will just make everything else a little better.”