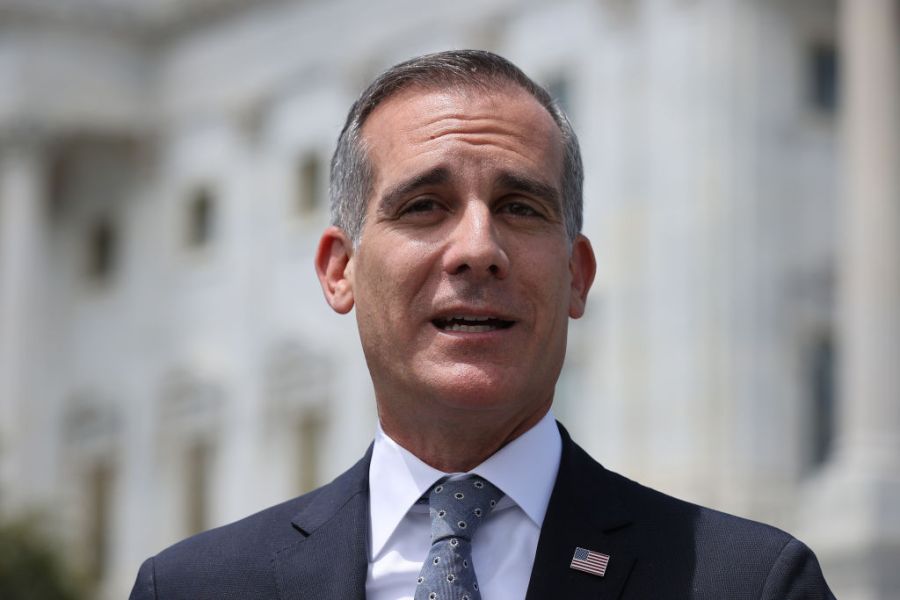 A prominent Senate Republican on Tuesday released a report that concluded that Los Angeles Mayor Eric Garcetti “likely knew or should have known” that a former top adviser was allegedly sexually harassing city employees.

The 23-page investigation released by Sen. Charles E. Grassley of Iowa found it “extremely unlikely” that the mayor didn’t know about the allegations.

Garcetti, who was nominated by President Biden for ambassador to India, has repeatedly said he was unaware of any inappropriate behavior by his former aide, Rick Jacobs.

On Wednesday, the mayor spoke to KTLA about the allegations in Grassley’s report.

“I’ve been very clear. I can only state over and over that this is behavior that if it occurred, and if I had seen it, I absolutely would have taken action,” Garcetti told KTLA. “That’s something that has been clear my entire life. My record has been very consistent that way.

“Opinions are not facts, and I’ll let the White House’s words speak for themselves, but this seemed to be a partisan report. It was incomplete. It was partisan, it was one-sided,” the mayor added.

In a statement Tuesday, White House officials called the report a “hit job” and that Biden had confidence in Garcetti.

“This partisan report was a hit job from the beginning, and many of the claims have already been conclusively debunked by more serious independent reports,” said the statement by spokesman Chris Meagher. “It repackages allegations already addressed under oath and does not interview key participants.”

The allegations surrounding Jacobs surfaced in 2020, when a police officer who worked as the mayor’s bodyguard sued the city, alleging that Jacobs sexually harassed him and Garcetti witnessed it.

However, the nomination has been lagging in the Senate for months as the mayor faced questions about the allegations against Jacobs.

Grassley was one of two U.S. senators who placed Garcetti’s nomination for ambassador on hold earlier this year.

The Associated Press contributed to this report.