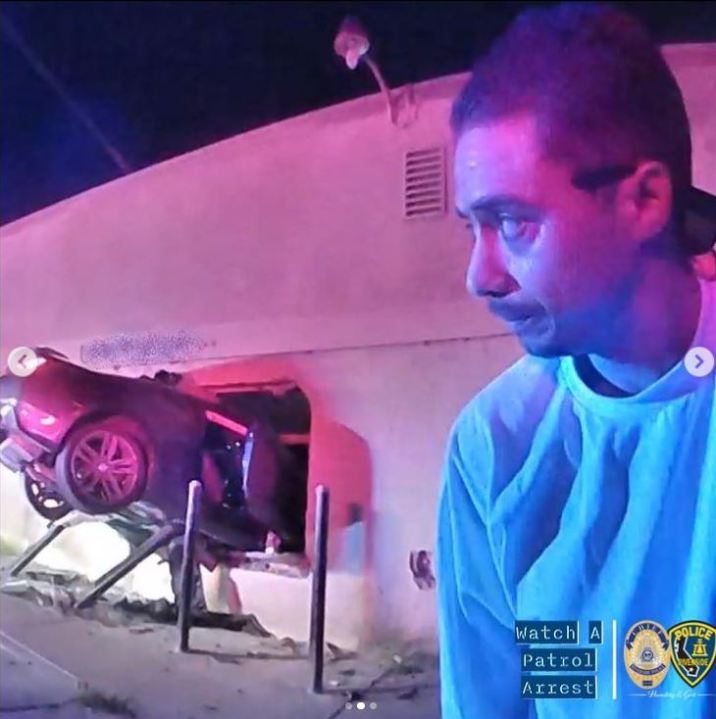 A car thief led police on a wild chase in Riverside that ended with a smash on Wednesday morning.

Pete Elliot Vega, 37, a known gang member from San Bernardino, was arrested for auto theft, felony evading police, suspicion of DUI and driving without a license, according to Riverside Police.

Patrolling officers said they spotted Vega driving a stolen Chevy Camaro near the area of Tyler Street and Gaylord Street just after 1 a.m.

As officers tried pulling Vega over, he did not cooperate and continued driving away, leading police on a pursuit.

At one point, police say Vega failed to negotiate a turn and instead of pulling over, launched his vehicle directly into the wall of a nearby business building.

“Fortunately, he was not injured from his flying car experiment,” said Riverside Police.

The gnarly collision left a large gaping hole on the building’s wall with the mangled car still parked inside.

He was taken into custody and is currently being held on $100,000 bail.