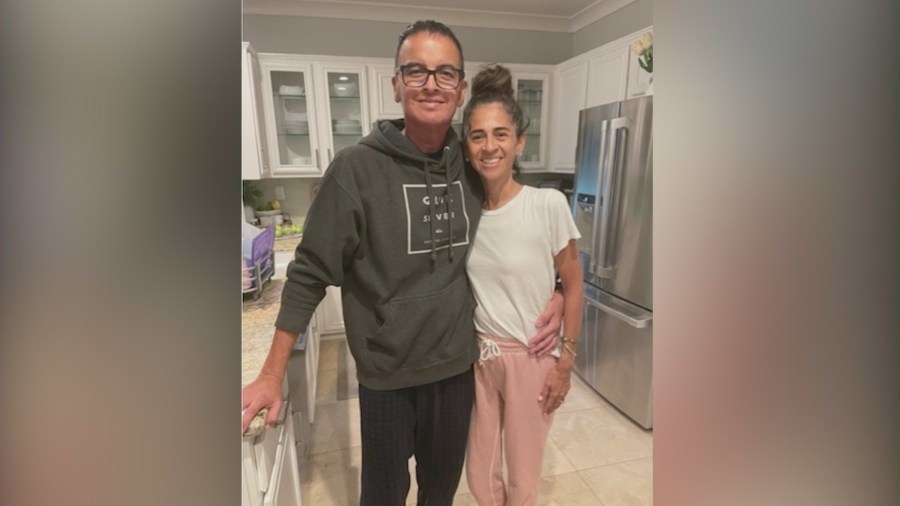 A motor officer with the Los Angeles Police Department and his wife were diagnosed with stage four cancer just weeks apart, and now the law enforcement community, friends and loved ones are rallying around the family of four.

Colleagues said that 49-year-old Michael Tomelloso was caring for his wife, Laura, who was diagnosed with colon cancer, when he found out that he has throat cancer.

Laura was first diagnosed in February 2022. Just a few months later, in June, Tomelloso learned of his diagnosis.

The motor officer’s work family has been trying to rally as much support as they can.

Back home in Ontario, neighbors and the couple’s church family have pitched in to help with day-to-day needs.

“It’s been hard. They’re both down. So, neither of them can really do anything,” Cellini explained.

Those close to the family said it’s been a season of uphill battles for the Tomellosos.

Their son, Matthew, who has special needs, was mauled by the neighbor’s dog and had significant facial injuries requiring plastic surgery to repair the damage. Right now, that has been put on the backburner, Quinones told KTLA.

“It hits me close to the heart,” Det. Juan Campos, with LAPD’s Central Traffic Division, said. “So, I want to do everything possible to help the Tomelloso family get through this battle and win.”