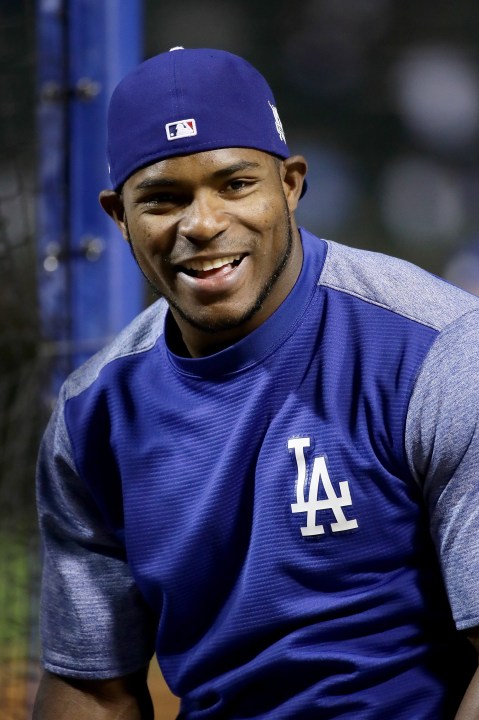 Former Major League Baseball All-Star Yasiel Puig has agreed to plead guilty to a charge of lying to authorities about betting on sports as part of an illegal gambling operation, the United States Attorney’s office announced Monday.

Puig, 31, has agreed to plead guilty to one count of making false statements which carries a maximum sentence of five years in federal prison. He has also agreed to pay a fine of at least $55,000, the Department of Justice said.

According to the plea agreement, Puig admits to placing sports bets through a third party who worked on behalf of an illegal gambling business run by Wayne Joseph Nix of Newport Coast, California.

From May 2019 through September 2019, authorities say Puig placed hundreds of bets on tennis, football, and basketball games.

Authorities did not indicate Puig betted on baseball.

In March, Nix was charged with one count of conspiring to operate an illegal sports gambling business and one count of filing a false tax return.

“In January 2022, federal investigators interviewed Puig in the presence of his lawyer,” the U.S. Attorney’s office said in a statement. “During the interview, he falsely stated that he only knew (the third party) from baseball and that he never discussed gambling with him, when in fact Puig discussed sports betting with (the third party) hundreds of times on the telephone and via text message.”

Hiljus was an agent for Nix’s illegal gambling business but did not work with Puig, the Department of Justice said.

“Under our system of justice, no one is above the law,” said United States Attorney Martin Estrada. “The integrity of our nation’s criminal justice system depends on people telling the truth, and those who fail to abide by this simple principle must face consequences.”

Puig was voted onto the National League All-Star Team in 2014 when he batted .296 with 16 home runs as a member of the Los Angeles Dodgers. He played for the Cincinnati Reds and Cleveland Indians in his last MLB season in 2019.