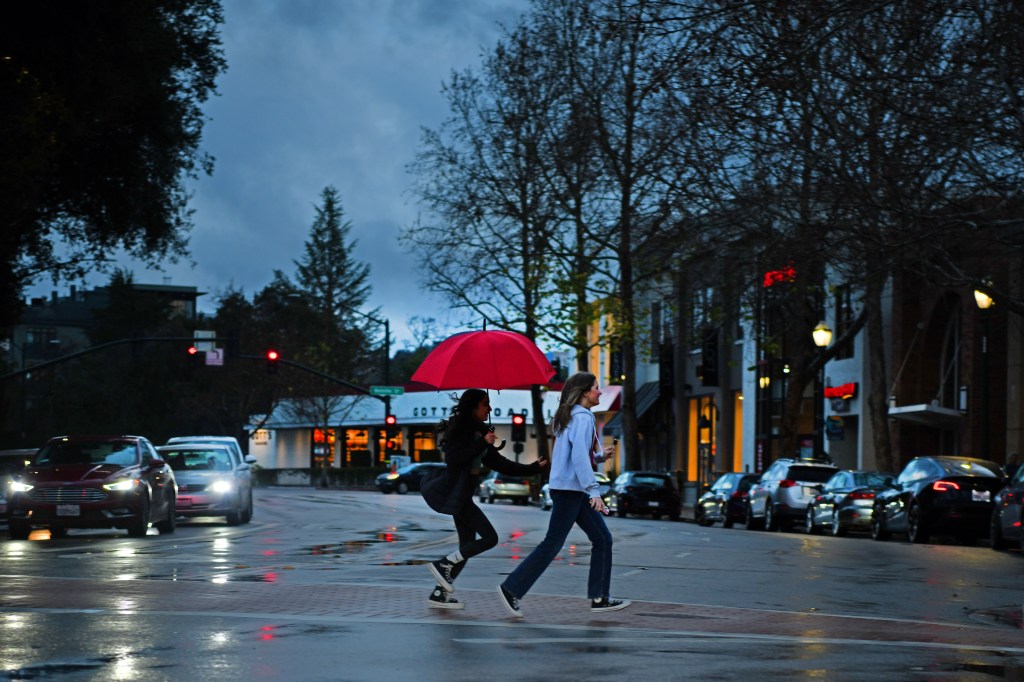 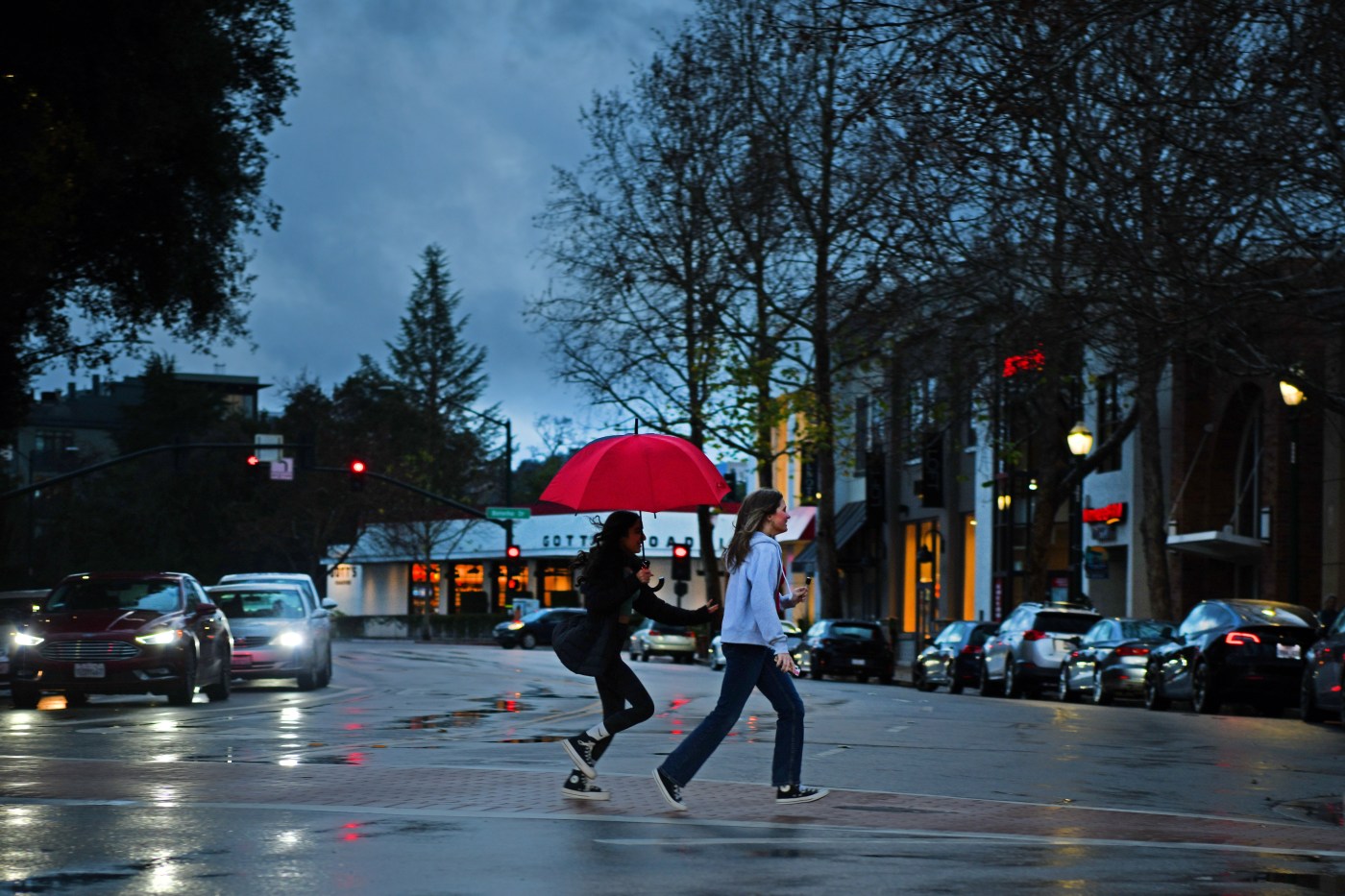 After a few days break from the downpour, another storm moved into the Bay Area on Saturday with wind gusts topping over 45 miles per hour in the morning. Those winds could topple trees, sending them tumbling into power lines.

“Even some gusts of 30 to 40 miles per hour have got the potential to cause trees to come down and some power issues,” said National Weather Service meteorologist Colby Goatley. “Roots can’t hold the tree up when everything around them is muddy.”

Some 16,000 households throughout the greater Bay Area are without power this morning, with more than 1,319 customers affected in Santa Clara and 2,657 in Marin. It’s an improvement, though, over what has been a rough last week when at one point, more than a hundred thousand households were affected.

Although high winds are forecast to die down Saturday afternoon, one to two inches of new rain is expected at lower elevations. That’ll add considerably to the 8 to 10 inches of precipitation which has already accumulated in parts of the Bay Area over the last 19 days.

The anticipated rain is once again triggering flood warnings across the region. Four rivers are forecast to reach moderate flood stage on Saturday, including Alameda Creek near Niles, the San Lorenzo river near Felton, Pacheco Creek near Dunneville and Big Sur River near Big Sur. The forecasted flooding of the San Lorenzo river near Felton, which is expected to peak Saturday morning, has already triggered emergency evacuations in the Felton Grove neighborhood.

In Santa Clara County, a flood watch remains in effect as pockets of heavy rainfall are expected to suddenly strike parts of the county.

After the heavy rain dies down Saturday evening, light showers will continue through most of Monday. Then drier weather is expected for most of next week, with some possibility of light rain on Wednesday.