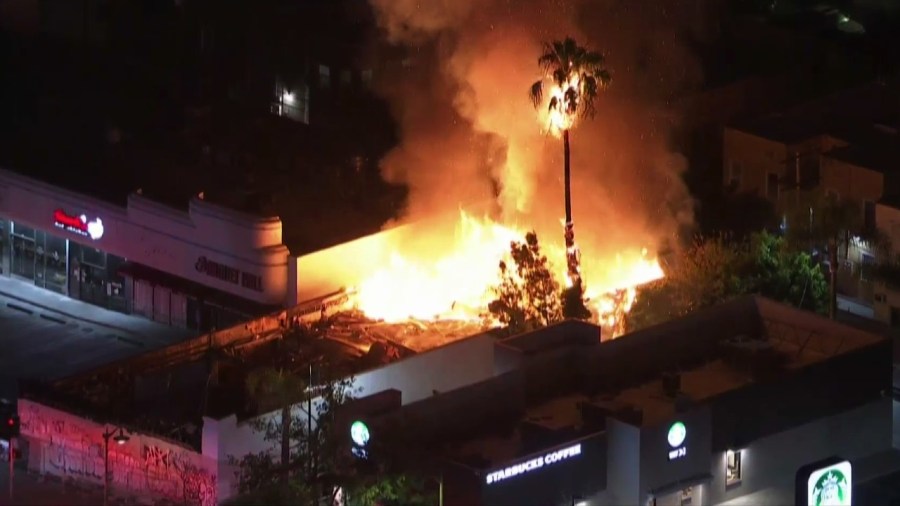 Flames engulfed a Koreatown commercial building Friday morning, and it doesn’t appear to be the first time the structure had burned.

Sky5 was over the seen around 5 a.m. as flames burned through the roof of the building located on Vermont Avenue between West 2nd and 3rd streets.

Video also showed flames and embers flying several feet into the air from a palm that ignited.

Los Angeles City firefighters were at the scene attempting to douse the flames.

A portion of the building that was not burning appeared to have already suffered damage from a past fire.

Several businesses and a large apartment building were located near the blaze but did not appear to have damaged by the flames.

It was unclear if anyone was injured in the fire.

There was also no immediate word on what caused the blaze.