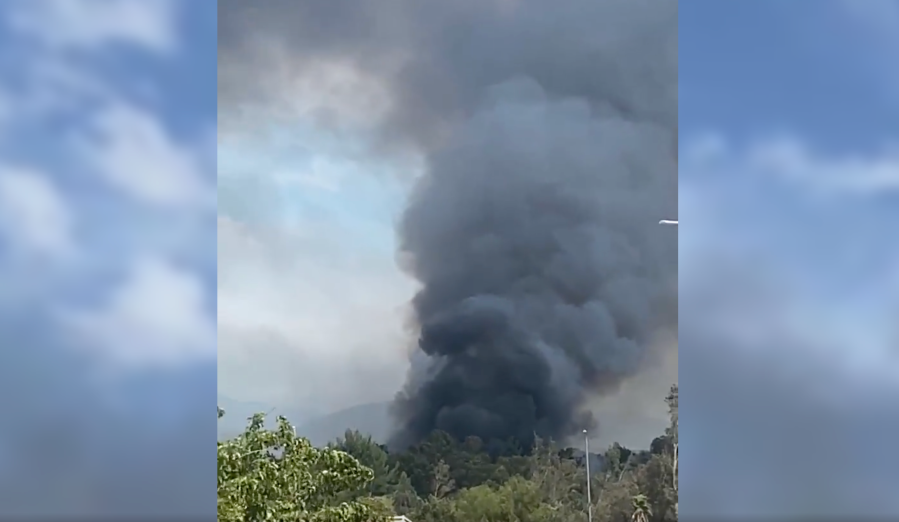 The Porter Fire was first reported around 3:30 p.m. south of the 118 Freeway in the San Fernando Valley.

The fire was burning in grass, fire officials said, but was being pushed by 10-15 mph wind towards heavy vegetation.

Video shared to the Citizen app showed large plumes of black smoke billowing from the fire.

The fire was considered a “major emergency,” but no homes were threatened and no evacuation orders were issued.

One civilian vehicle, a pickup truck at the Porter Ranch park-and-ride, was destroyed by the fire.

About 140 firefighters were assigned to fight the fire from both the ground and air, ultimately halting the blaze’s forward progress at about 7 acres in size, LAFD said.

At 4 p.m., the California Highway Patrol issued a SigAlert for the 118 Freeway’s off-ramp to Porter Ranch Drive. It was expected to remain in place for one hour, the CHP tweeted, though at 5:30, that SigAlert was extended for another hour.