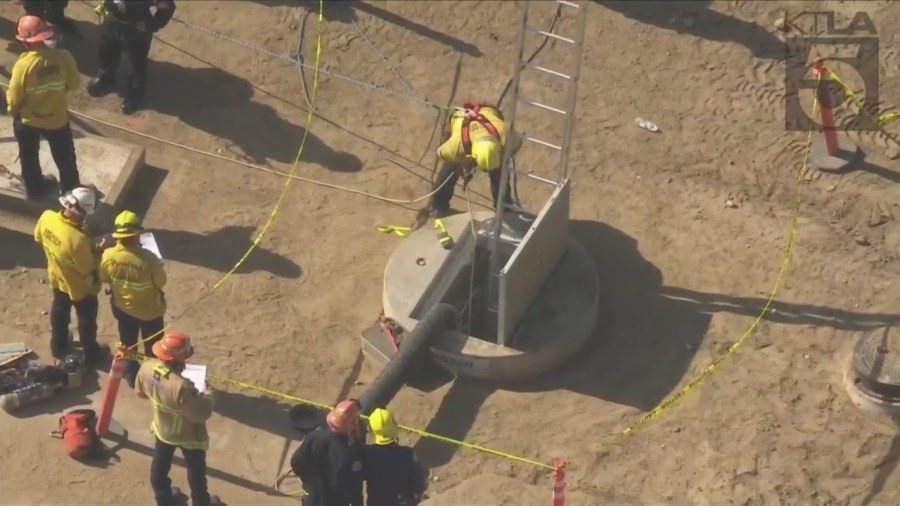 Firefighters freed a man who was trapped in a maintenance hole at the Santa Anita Race Track in Arcadia Thursday afternoon.

When they arrived, firefighters found the man, and a confined rescue team has responded to help extricate the man, according to the Verdugo Fire Department.

Aerial footage from Sky5 showed what appeared to be several dozen firefighters who initially used a ladder to try to get the man but then switched to a hoisting device.

By 3:43 p.m., he had been hoisted from the hole, loaded onto a gurney and transferred to an ambulance.

It remains unknown how the man fell into the hole or what his condition is.