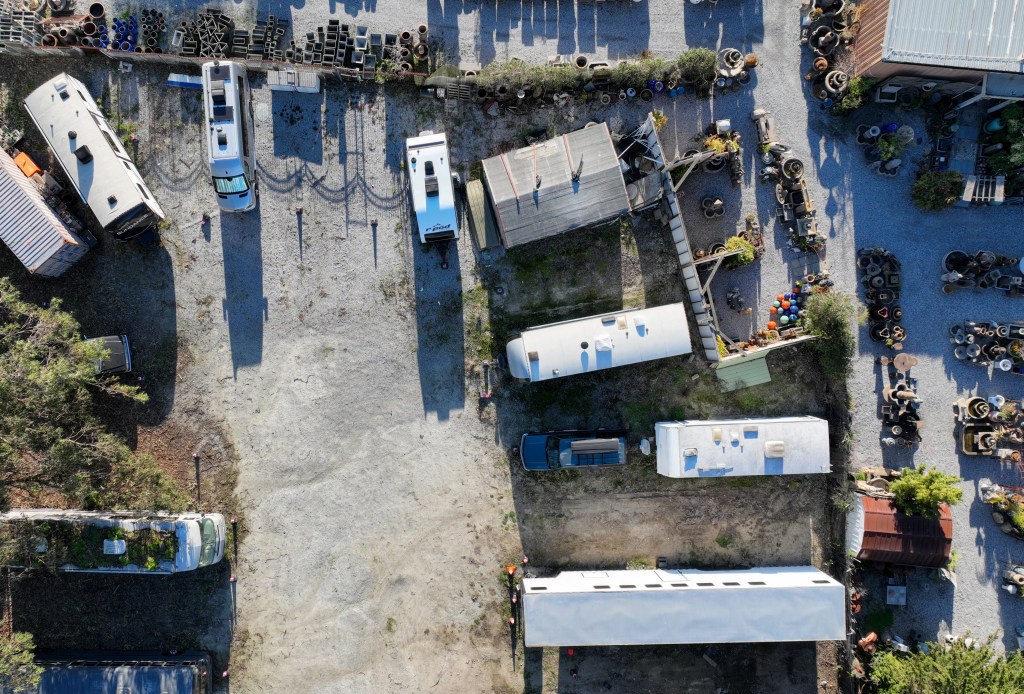 HALF MOON BAY — Erlin Ortiz and her sister Miriam had just finished their shift packing mushrooms at the California Terra Gardens farm and were sitting in their car ready to run an errand when the horror unfolded before them.

Right next to the greenhouses, co-worker Chunli Zhao – his back to them – pulled a gun from his red knapsack and pointed it at a fellow Chinese farmworker, shouting in his native Mandarin something they didn’t understand. Desperately, step by step, the farmworker backed up, Ortiz said, covering his face with his arms.

But the gunman shot him anyway.

Through the windshield, the sisters were watching the beginning of a killing spree Monday afternoon that would leave seven dead at two mushroom farms a few miles apart in a seaside town known for the innocence of its annual Pumpkin Festival – not mass murder.

“We were all in shock. It was terrible,” Miriam told the Bay Area News Group on Wednesday in the first witness accounts of Monday’s massacre. “There’s just no explanation for that.”

Investigators have described Zhao as a disgruntled worker but have said nothing yet about what set him off.

At first, Erlin and Miriam — whose husband was in the driver’s seat — said they felt paralyzed watching the violence from the car about 40 feet away. How could this be happening? The gunman was their 66-year-old coworker who lived just steps away from them in a horseshoe-shaped encampment at the farm, and grew onions for himself and his wife in a little plot next to their shed-like home with a blue tarp on top. Zhao always had a serious demeanor, Erlin said in Spanish, “like he never laughed, never really smiled.” Still, despite their language barrier, he would wave and say “Hola, amigo” anytime the sisters passed.

But now, he was heading menacingly toward a second worker. “He looked evil,” Erlin said. “He was super red and very angry.”

As the man was picking up a pallet of mushrooms, Erlin said, Zhao fired. The man collapsed to the ground.

Watching from the car, Miriam’s husband, who didn’t want to be identified, threw his hands to his head and said, “Oh my God, he killed him!” Erlin recounted. He hadn’t started the engine yet.

By then, they watched as the first victim tried to pick himself up and run for his life. But Zhao caught up to him, Erlin said, and at close range, shot him again.

That’s when Miriam’s husband started the car – a click of the ignition that startled Zhao – before throwing the car into reverse and hitting the gas. He turned to look at them then hopped on a forklift and headed toward the encampment.

“He was laughing, he was smiling,” Erlin said, “We saw him get on the forklift and when he turned to see us, he was making fun of the situation.”

They didn’t see what happened next, but they heard from their friends who live there, too, that the gunman “went inside the trailers to look for people and shot them,” Miriam said.

On Wednesday, Zhao made his first court appearance and was charged with seven counts of murder and another count of attempted murder.

Authorities also identified the seven victims, but didn’t make clear where they were killed. According to Erlin, Miriam and others interviewed by the Bay Area News Group, four were killed at California Terra Garden – formerly called Mountain Mushroom Farm – including the two Chinese men Erlin saw killed. She didn’t know their names. At the encampment, Erlin and others say that Jose Romero Perez was killed and his brother, Pedro, was wounded. Erlin also said that a woman she called “Lu” also died at her trailer. Authorities have identified Jingzhi Lu, 65, as a victim.

Erlin worked next to Lu in the packing shed. “We were always good friends despite her being old,” Erlin, 33, said. “She was learning Spanish. I didn’t learn much Chinese. She always teased me about having a boyfriend.”

After the initial shots, the three struggled with what to do at first. Miriam implored her husband to help the two victims, but Erlin was too afraid: “I said we needed to go,” she said, “and not get out of the car.”

Erlin’s two children and Miriam’s four were all in school.

The trio raced away from the farm.

So did Zhao, police said. Leaving four dead and one wounded behind him, he headed about three miles down the coast to Concord Farms, where he apparently had worked more than seven years ago.

A husband and wife who lived there and are farmworkers – in a tiny room that flooded ankle high in the storms earlier this month – somehow didn’t hear the shots. But they saw the aftermath. In an interview with the Bay Area News Group on Wednesday, the couple said that when they stepped outside their room, they saw three bodies lying on the ground.

The wife, 50, declined to give her name because she was afraid she might lose her job. But she said that when she saw the first victim, she thought he was just taking a rest.

“I thought he had worked too hard and therefore was lying on the ground,” she said in Mandarin. “But then I saw the blood. There was so much blood.”

At a loss for what to do, the couple immediately turned around and went back inside.

Two of the victims, a man and a woman, were Chinese, they said. One was Hispanic, a man who was later identified by his close friend as Marciano Martinez, 50. The couple only knew one victim by name – Zhishen Liu. He was married and had a daughter, they said, and came to the U.S. from China about 15 years ago — shortly after they did.

Within hours, Zhao drove to the San Mateo County Sheriff’s substation in Half Moon Bay and parked just as a news conference was about to start. Deputies noticed the vehicle, which they were searching for, and within seconds had Zhao on the ground and under arrest.

By then, the families who lived at both farms were safely placed at local motels as police cordoned off the crime scenes.

With support from everyone from local farmworker advocates to the Mexican consulate, the traumatized farmworkers are settling in this week. They are gathering in the lobbies and outside their rooms and eating take-out food delivered by local volunteers. Those with young children are watching them play in the parking lots, dribbling basketballs and pushing toy trucks.

The Chinese couple from Concord farms don’t know how long they can stay, but they know one thing for sure: “We wouldn’t dare go back,” the wife said.

Erlin and Miriam also don’t want to return to their homes.  They’d like to dwell on the fond memories of Christmas at the farm, where many of them gathered for a meal of tamales and birria and pozole and danced. But now, two of her closest neighbors are dead, one remains in the hospital and another is in jail charged with mass murder.

“I haven’t  been able to sleep or rest since that happened,” Erlin said. “Every time I close my eyes, I can see him shooting.”