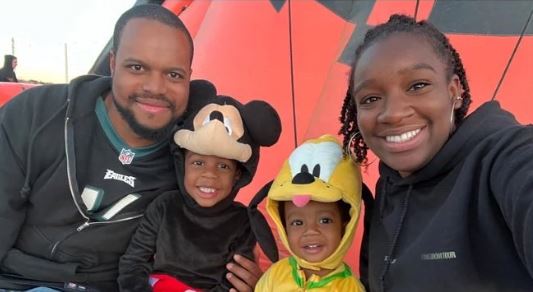 The family of a Riverside County Sheriff’s Deputy who was killed in the line duty in Lake Elsinore last week is speaking out.

The shooting occurred just before 5 p.m. in the 18500 block of Hilldale Lane.

Calhoun was transported to the Inland Valley Medical Center where he later died from his injuries. A procession followed his body as it was transferred from the Wildomar hospital to the coroner’s office in Perris late that Friday night.

On Monday, the Riverside County Sheriff’s Department released a statement on behalf of the Calhoun family that read in part:

“Since the tragic loss of Darnell, our family has received an outpouring of love and support from our community for which we are immensely grateful. While we are heartbroken, we also celebrate the gift of Darnell – the husband, father, son, brother, and deputy. His life, though cut short, is a blessing. Our faith in Jesus will carry us through this and we know we will be reunited with Darnell once again.”

The statement went on to say that Calhoun’s commitment and dedication to family and community serve as an inspiration, and that he was “genuine, kind, loyal, and had the heart of a servant.”

“We take great comfort in knowing that Darnell led a life well lived. We are grateful to our community, the Riverside County Sheriff’s Office, and law enforcement agencies around the country that have uplifted us,” the family said.

Calhoun is the father of two young boys — a 4-year-old and a 2-year-old. He was about to welcome a third baby boy before he died. He is survived by his wife and family.

The Riverside Sheriff’s Association has started a fund to help the Calhoun family.