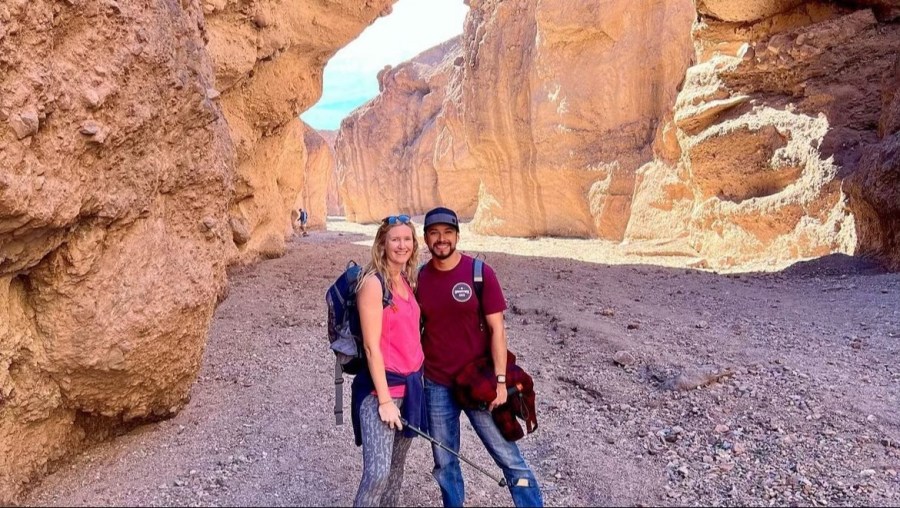 The family of an Orange County public defender who died in Mexico while celebrating his one-year wedding anniversary released a statement on Tuesday, claiming his death was a “brutal crime.”

Elliot Blair, 33, died early Saturday at Las Rocas Resort and Spa in Rosarito after authorities said he was intoxicated and fell from a fourth-floor balcony, according to Patrulla 646, a news website in Mexico.

Blair’s family is now speaking out, saying his death was not an accident.

“The family, which has extensive legal training in criminal law, wholeheartedly believes based on their initial investigation, that Elliot was the victim of a brutal crime,” said David Scarsone, the family’s attorney.

In the statement, the family says they awaited updates from Mexican authorities, but “no one from the Rosarito Beach Police Department, their district attorney’s office or any other Mexican officials have reached out and spoken to them directly.”

The only communication the family has received is through a liaison to the coroner’s office on Monday, the statement said.

The liaison indicated Blair’s cause of death was severe head trauma and said the case had been forwarded to the district attorney’s office for a possible homicide investigation. The toxicology report had not been completed at the time, the family was told.

Blair’s family told officials they would be conducting their own investigation through a private firm and retaining their own forensic pathologist to conduct a medical examination and a toxicology report.

“Throughout this entire process, it has been suggested by the Mexican authorities that Elliot’s body be cremated,” said Scarsone. “During a conversation with the funeral home liasion, it was again suggested he be cremated and the family insisted his body not be cremated in order to conduct a thorough, complete, independent investigation.”

Within hours of that conversation, the family said they discovered a news article that quoted Mexican officials calling the case an “unfortunate accident” despite those officials never reaching out or confirming that detail to them.

Blair’s wife, Kim, claims she was given “multiple versions of what happened to Elliot,” throughout the investigation.

The family says Kim and Elliot have stayed at the Las Rocas Resort and Spa in Rosarito numerous times over the past five years and that Elliot was “very familiar” with the resort’s layout.

Kim said the incident “did not occur off their room’s private balcony, or any balcony, for that matter,” and instead happened in an open-air walkway outside of their room’s front door.

The family also claims Elliot was not intoxicated at the time of his death and he was found wearing only his underwear, sleeping shirt and socks.

“Due to the insufficiency of the investigation, the family feels compelled to conduct their own private investigation in search for the truth,” said Scarsone.

Blair, who lived in Orange, had worked for the public defender’s office since 2017.

The Orange County Register, which first reported Blair’s death, received a statement from Martin Schwarz, a colleague in the Orange County Public Defender’s Office, who said they were working with U.S. officials to get more information.

“We have been in communication with the family and are doing what we can to support them in this difficult time, including working with local and federal officials to help provide them with answers,” Schwarz told the O.C. Register.

“Elliot was a brilliant attorney with a bright future,” said his family. “Elliot’s had an innate ability to connect with people from all walks of life. Eliot was a loving husband, son, and brother. Elliot’s tragic, untimely, and suspicious death has left his family and community with a huge hole in their hearts that will never be repaired.”

A GoFundMe campaign was created to support Blair’s widow, Kim, with the process of returning Blair’s body to the U.S. and “dealing with all the red tape,” according to the organizer, Annie Rodriguez.