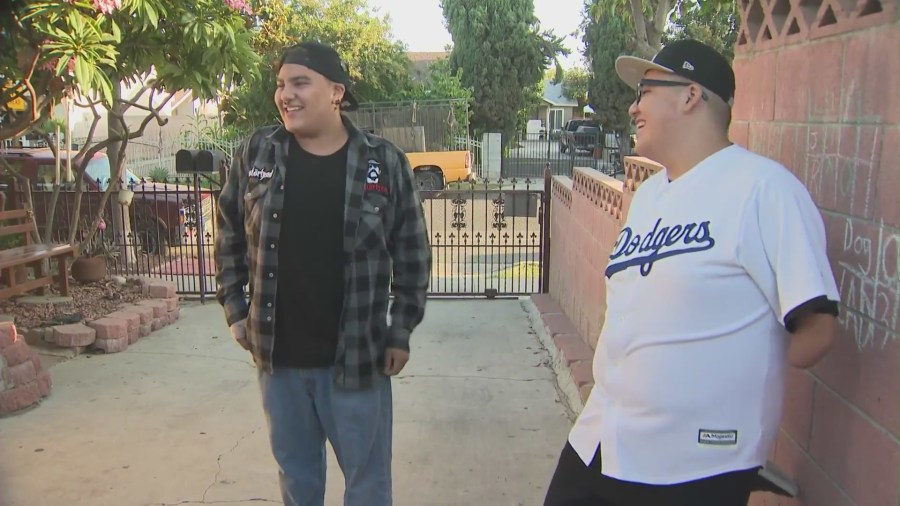 Ryder Gonzalez is deaf and was born with one hand, but his life is similar to many other teenagers.

The 17-year-old is an outstanding pitcher and loves staying active.

“He lives his life with no barriers. He always proved everyone wrong,” said his mother, Annie Gonzalez.

But when Ryder, the oldest of four siblings, wanted to spend a day at Six Flags Magic Mountain with his family, the trip took a sour turn.

Ryder was not allowed to get on one of the rides because of his disability, his family says.

“When they told him that he couldn’t ride a ride and there was nothing that he can do about it, it knocked him to his knees, and I saw him wear a face that I never recognized before,” Annie said.

Ryder and his brother, James, said they were already strapped into their seatbelts when an employee told them the news.

“And then the lady came, one of the assistants, and she was like, ‘I’m sorry, but you can’t ride the ride,’ and Ryder looked at me, like, ‘What is she saying,’ and I took off my seatbelt, because I was like I’m not going to ride then if he can’t ride,” James said.

The Gonzalez parents filed a complaint with guest relations.

“To see my son try to hide himself again, trying to hide his arm to the side, and just, ‘Come on let’s go,’ and he was trying to rush out the exit, it’s like she should have been trained properly. You’re in the business of customer service at the end of the day, so you should know how to deal with everybody,” said father Raul Gonzalez.

The family got a call a few days later confirming that there is a special harness that should have been used to allow Ryder to ride.

His parents, meanwhile, are hoping that employees are better trained on what to do in a situation like this and that signs can be posted letting other families know about the accommodation.

“Even if you’re born different, you shouldn’t be treated differently. And if there is a way to accommodate you and if you need that special accommodation, it should be done,” Annie said.

Six Flags Magic Mountain did not return KTLA’s request or comment, but the Gonzalez family said they have an appointment to meet with someone from guest relations this weekend.