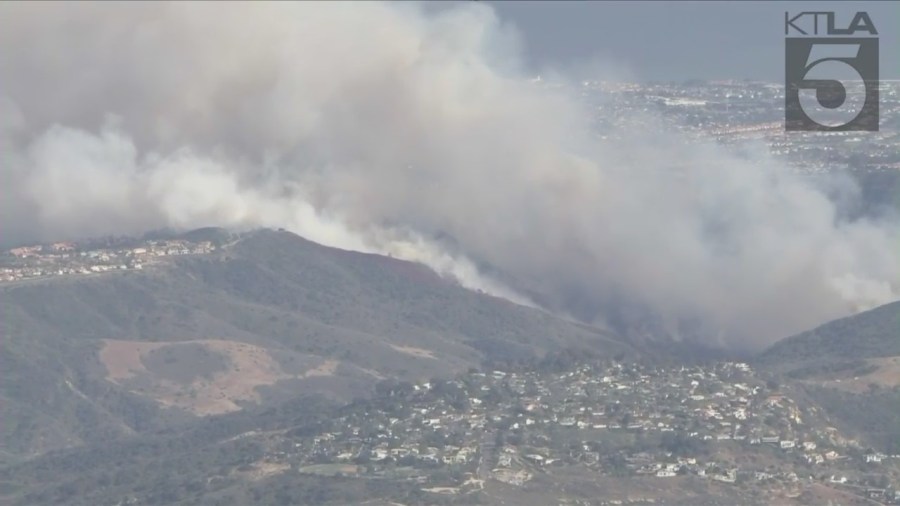 A brush fire burning in Laguna Niguel led to the Orange County Sheriff’s Department calling for residents to immediately evacuate as some homes went up in flames Wednesday afternoon.

The fire first broke out around 2:45 p.m. in Aliso Woods Canyon, according to the Orange County Fire Authority.

The brush fire, which was dubbed the Coastal Fire, was estimated to have burned about three acres when crews arrived on scene.

Orange County was expected to experience light winds Wednesday with gusts up to about 25 mph, according to the National Weather Service.

Images from Sky5 showed multiple houses on fire with smoke and flames visible. The total number of structures damaged or destroyed is unclear at this time.