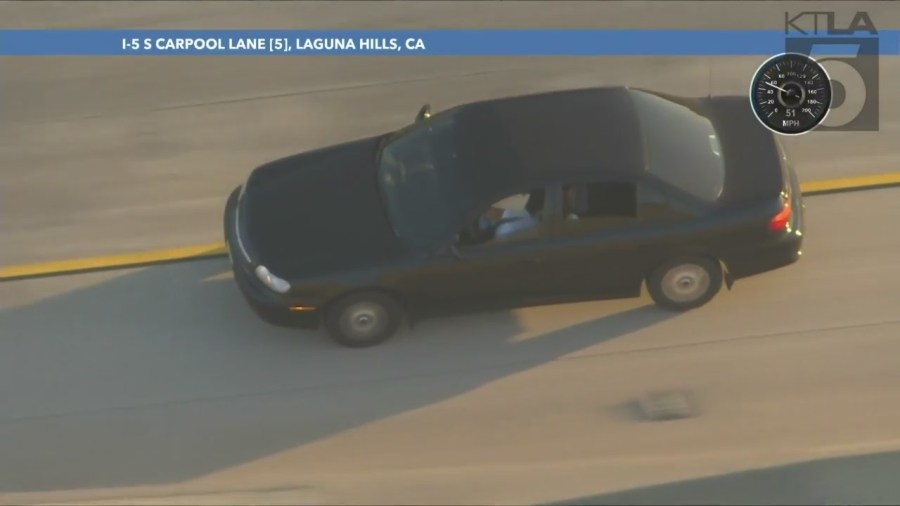 California Highway Patrol officers arrested a man following a pursuit that began in Irvine and then ended in Laguna Niguel Tuesday evening.

The chase began around 7:10 p.m. in the Irvine area, but CHP officers had been tracking the suspect vehicle for nearly an hour before beginning the pursuit. Authorities began following the vehicle after the driver failed to stop for Los Angeles County Sheriff’s Deputies in Compton.

The vehicle, a black sedan, led authorities on a high-speed chase on the 5 Freeway before exiting onto surface streets as it weaved in and out of traffic.

A CHP vehicle was able to get close enough to the vehicle to operate a PIT maneuver and stop the driver in Laguna Niguel near the intersection of Crown Valley Parkway and Cabot Road.

The driver of the vehicle was seen jumping out of the still-moving car where he removed his shirt and stared down the CHP officers. Ultimately, he ended up surrendering to law enforcement and was taken into custody without incident.

The exact reason for the pursuit is currently unclear.