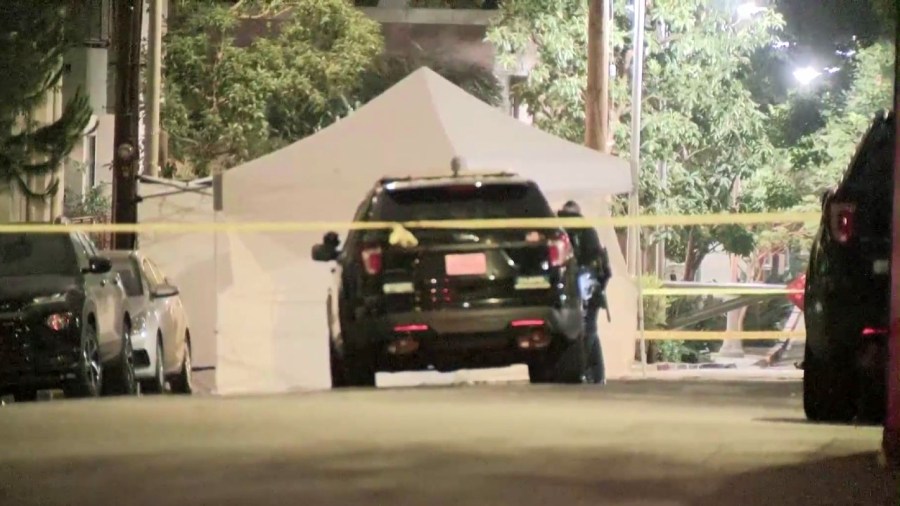 A domestic incident is believed to have led to a fatal double shooting in Hollywood late Thursday night.

Officers responded to reports of gunfire at the intersection of North Gower Street and Carlos Avenue around 11:10 p.m., a Los Angeles Police Department spokesperson said.

A 20-year-old woman and a 20-year-old man with multiple gunshot wounds were found on the ground when the officers arrived.

Both were pronounced dead at the scene, the spokesperson said.

Investigators believe at least one of the unidentified victims had children that were in the area at the time but it was unclear if they witnessed the shooting, LAPD Lt. Radke said.

The gunman was described as a Black male between 20 and 25 years old, standing about 6 feet tall with a thin build. He was wearing a white T-shirt and was last seen headed northbound on Vista Del Mar.

Radke said it appeared that the shooter knew the victims, but the nature of their relationship was unclear.

Investigators are also trying to determine the nature of the relationship between the two victims.

They do believe the woman lived in the area.