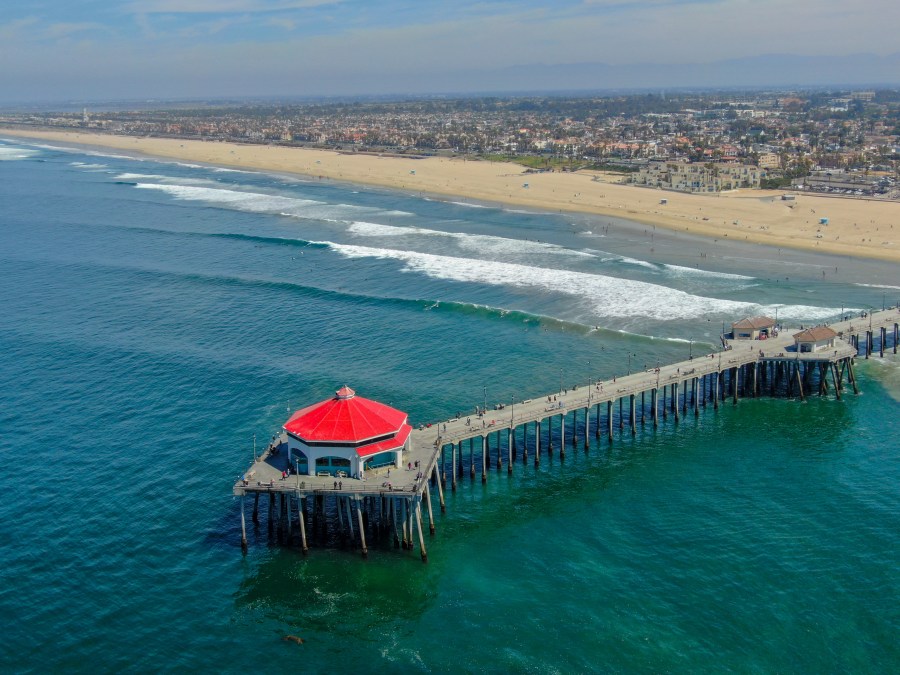 A developer wants to build a $1.4 billion desalination plant to turn seawater into drinking water off the shore of Huntington State Beach.

The California Coastal Commission is expected to vote Thursday on the Poseidon Water plant, which would be built near Pacific Coast Highway and Magnolia.

The plan, which is supported by Gov. Gavin Newsom, has generated criticism, including from those who worry about the monetary and environmental costs.

“There’s something for everybody to dislike about this plant,” said Ray Hiemstra, associate Director of programs at nonprofit Orange County Coastkeeper.

The proposed plant would operate like Poseidon Water’s site in Carlsbad, where ocean water is put through a process that includes using thousands of pressure vessels and reverse osmosis to remove the salt.

Poseidon officials say that from the time the water comes in from the ocean, it takes just about two hours to get it to the point where people can drink it.

In California, where water sources are shrinking, proponents of the project say the plant will provide a great drought-proof source of water.

“What that means is that it’s not dependent on snowpack in the Sierras or local rainfall,” Jones explained.

However, this would leave behind about 57 million gallons of brine — highly concentrated saltwater — that would be diffused while being sent back into the ocean.

Critics argue that the costs to rate payers — and the environment  — are too high.

“The facility, in total, would kill marine life in about 100 billion gallons of seawater per year,” a report by the staff of the California Coastal Commission states.

The report also claims that Poseidon’s proposals to mitigate those losses, which include plans to restore wetland areas, wouldn’t do enough to offset the damage.

There’s also the question of whether desalinated water is even needed.

“Orange County’s in a unique situation where we have a giant aquifer here,” Hiemstra said.

Unlike other parts of Southern California that import most of their water from hundreds of miles away, the central and northern parts of Orange County have an underground aquifer that provides about 77% of the water used in the region.

“So we’ve got a giant resource that we can utilize as it is, and it’s much cheaper,” Hiemstra said.

Newsom supports building the desalination plant, arguing that having more water options is something that the state needs.

The Orange County Water District also joined Newsom in calling on the California Coastal Commission to approve the desalination project.

“With Southern California’s water reserves dropping lower every day and this seawater desalination project the only new, large water supply project in the entire state of California that can be shovel ready in the immediate future, we call upon the Coastal Commissioners to approve the permit,” water district officials said in an email.

Supporters also say that the likely rate increase if distribution deals are reached with local water agencies will be worth it.

“The average price per household will average between $4 and $6 per month,” Jones said. “You also need to think, what is the cost of not having reliable fresh water to drink, to use for business and for your families?”