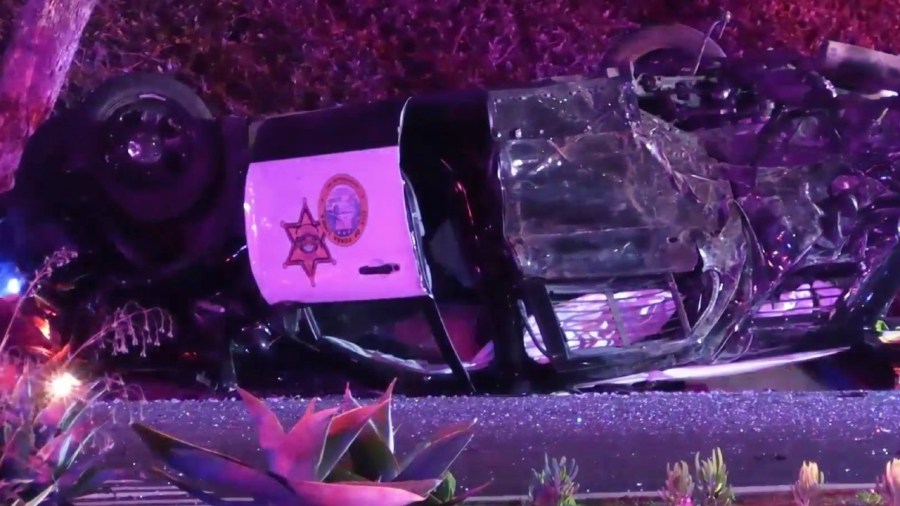 The deputy was responding to some type of emergency call and lost control of the vehicle, which rolled over, Braun said.

Video from the scene showed the mangled patrol vehicle on its roof following the crash.

The deputy suffered minor injuries and was transported to a nearby hospital.

No other vehicles were involved in the incident.

The nature of the call the deputy was responding to was not immediately clear.

The cause of the crash is being investigated by the California Highway Patrol.