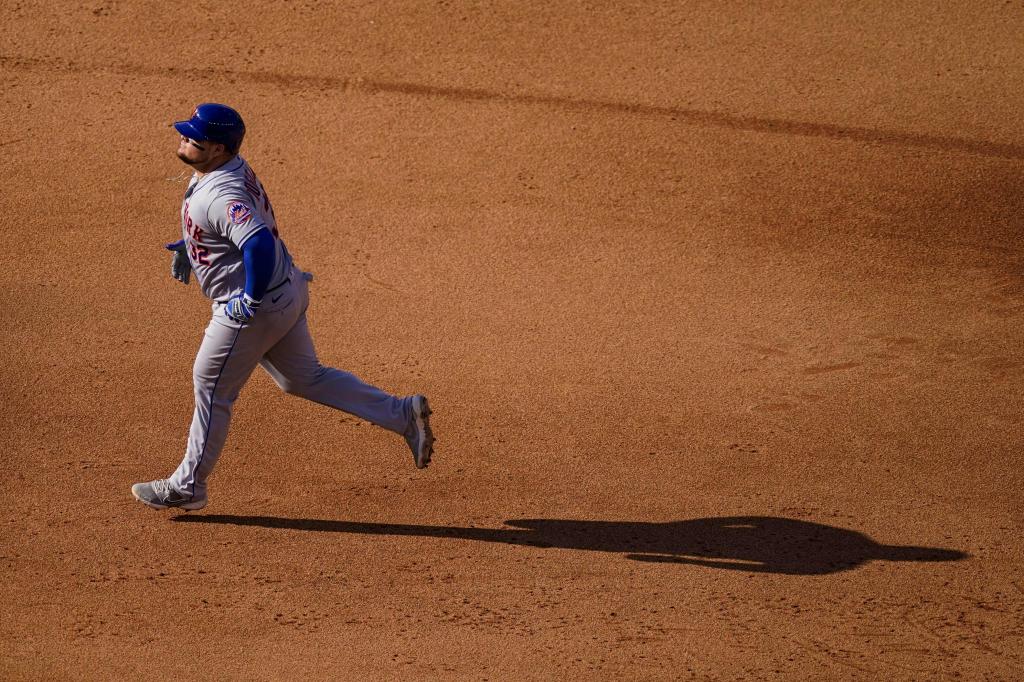 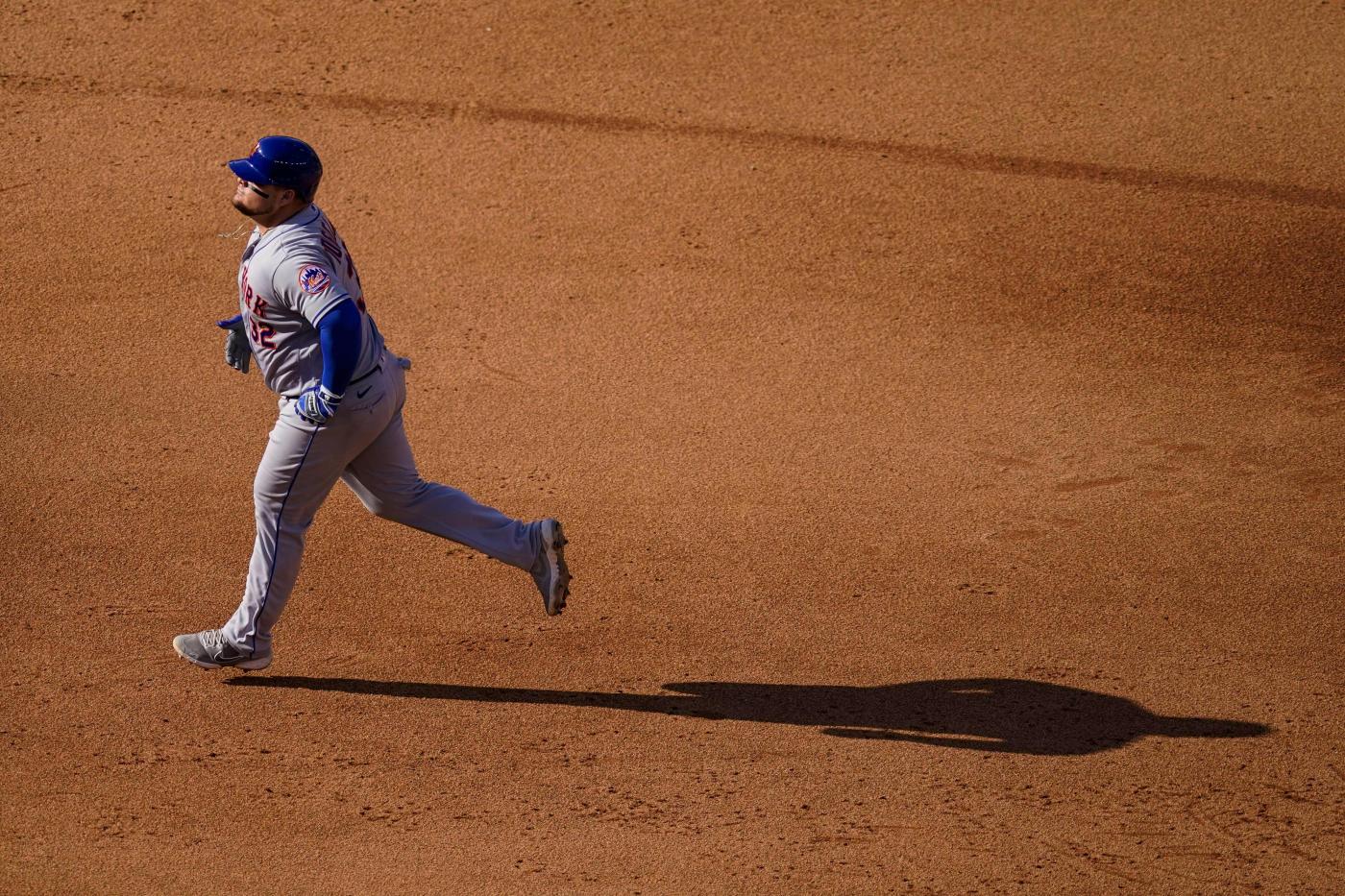 WASHINGTON, D.C. — It was just as beautiful as one would dream it to be.

On a steamy Wednesday afternoon in our nation’s capital, Daniel Vogelbach connected for his first home run as a Met. At its glorious apex, the ball sat 125 feet in the air, coming down only when it was ready to land for a grand slam.

“It’s always good to hit home runs,” Vogelbach pointed out. “But more importantly, we won a series. This was a really, really good team win. [Chris] Bassitt threw the ball unbelievably and we had good at-bats from inning one.”

The four-run trot put the Mets ahead 6-0, and they coasted from there to a 9-5 win. Chris Bassitt was his typically understated self, getting just four strikeouts and scattering six hits across seven innings but keeping the Nationals from scoring a run thanks to three double plays. Fielding an unrecognizable lineup that not only is without Juan Soto and Josh Bell now, but also did not include resting veterans Nelson Cruz and Maikel Franco, the Nats tried and failed to come up with anything that could have made the game interesting.

Instead, Vogelbach’s strongman display put things firmly out of reach and let the rest of the game creep away like the setting sun. With a first pitch temperature of 93 degrees, things felt sluggish from the very get go at Nationals Park, but Florida man Vogelbach was both well equipped for the heat and the exact jolt his sleepy dugout needed. The last Met to launch a grand slam as his first home run with the team was Adrian Gonzalez in 2018, and other storied names of Mets lore to accomplish the feat include Taylor Teagarden, Omir Santos and Collin Cowgill.

Fellow Floridian and burgeoning MVP candidate Pete Alonso also helped. Alonso went yard in the third inning for his second homer of the series and 28th on the season. Seeing Alonso hit home runs is nothing new, and the experience can become a little expected or predictable, but this one really stood out because of the pitch that it came on. Washington pitcher Anibal Sanchez executed a slider, putting it down and out of the strike zone on the outside part of the plate. Almost like he was expecting it, Alonso had the barrel of his bat meet the ball before it could get any lower, mashing it 411 feet to straightaway center.

No matter what the players and coaches say, it can be hard to get up for every single game of a 162-game season and bring the same energy for getaway games in Washington as Sunday night games against Atlanta. But in doing enough to avoid a potential trap game, beating Washington to also take the series, the Mets can now shift their entire focus to the Braves.

They have the aforementioned Sunday night game with them on ESPN, but also four games in three days before that. Even as many of the guys in uniform will likely be running on fumes by the end of that series, the intensity of the NL East showdown should provide the opposite effect of an afternoon tilt with the tanking Nationals.

The Mets have now won three series in a row, 12 of their last 16 games, and ten of their 13 games against Washington, whom they see six more times at the end of the season. A healthy (pun intended) amount of Jacob deGrom should be in store for them, and the infusion of Trevor May and Mychal Givens changes the fabric of the bullpen. May pitched an easy eighth inning in relief of Bassitt, throwing 16 pitches with a single and a strikeout mixed in. Givens had a much tougher time, cheffing up two home runs and five hits before getting pulled mid-inning. The Nationals took 13 swings against Givens and only missed once.

An offense that ranked fifth in wRC+ entering play on Wednesday but 12th in slugging percentage and 16th in home runs is a bit of a wild card. Alonso, Francisco Lindor and the other usual suspects are capable of greatness. If the less-used players like Vogelbach — who has reached base in 16 of his 34 Met plate appearances — and San Francisco transplant Darin Ruf can simply be good, the Mets will be able to turn more of these lazy matinees into record-fattening wins.

“It’s a day game after a night game, it’s the end of a road trip and it’s 90-plus degrees,” Buck Showalter said, listing off all the reasons why his team could have faltered but didn’t. “It was a good 5-1 road trip, we’ll see where it takes us.”