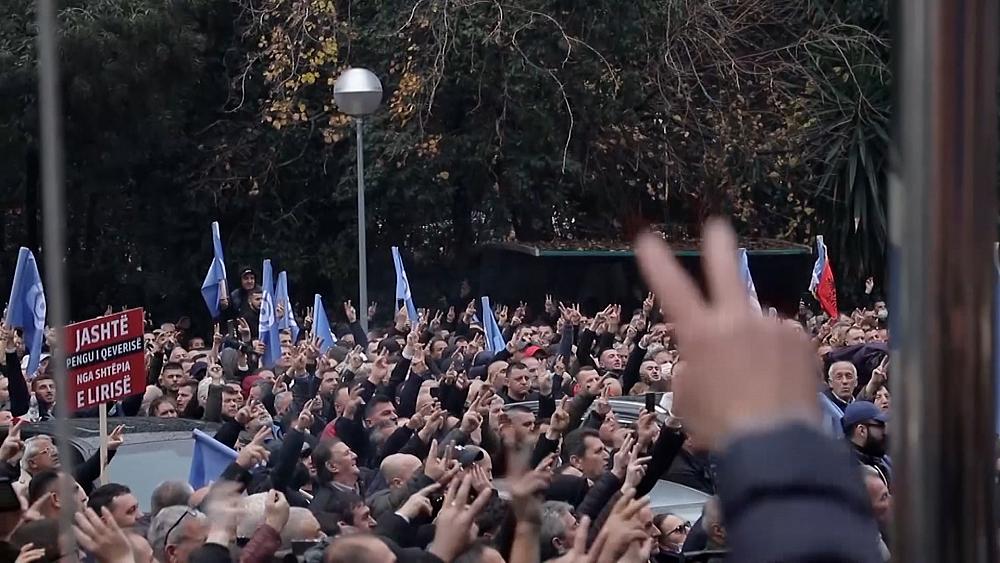 Albanian police intervened on Saturday to move away loads of protesters who broke into the Tirana headquarters of the rustic’s main opposition party in an interior squabble over the party’s leadership.

Staff on the middle-proper Democratic Celebration’s headquarters used tear fuel to check out to prevent them breaking in earlier than the police intervened at the party’s request.

Scores of officers then used a water cannon truck and tear fuel to push away protesters who had stormed the ground ground of the building, detaining some.

The protesters led via former celebration chief Sali Berisha had used iron bars and hammers to break open the main doorways of the development.

Berisha is attempting to remove the Democrats’ leader, Lulzim Basha, whom he accuses of being a “hostage” of Top Minister Edi Rama of the left-wing Socialist Birthday Celebration.

Basha fired Berisha from the parliamentary group in September.

That followed an intervention in May by U.S. Secretary of State Antony Blinken, who stated in an announcement that during Berisha’s 2005-2013 tenure as prime minister, the flesh presser “was serious about corrupt acts … the usage of his energy for his personal benefit and to counterpoint his political allies and his members of the family.”

In December Berisha’s grouping claimed to have held a referendum doing away with Basha from his publish, but the move used to be no longer identified by the Democratic Party.

He used to be reelected as a lawmaker for the Democratic Party in ultimate April’s parliamentary election.