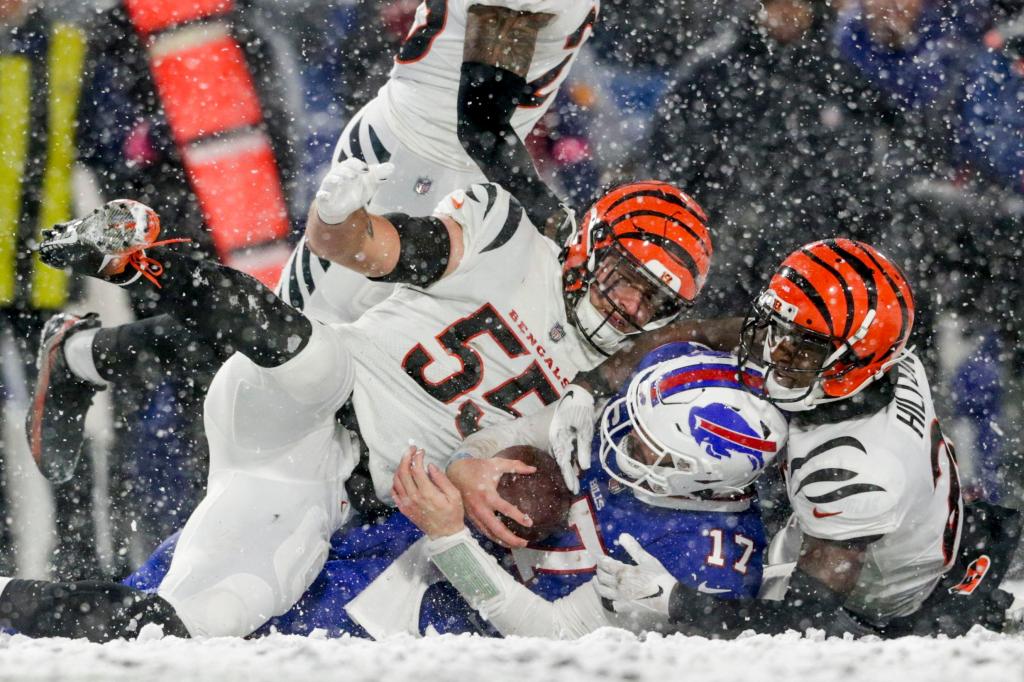 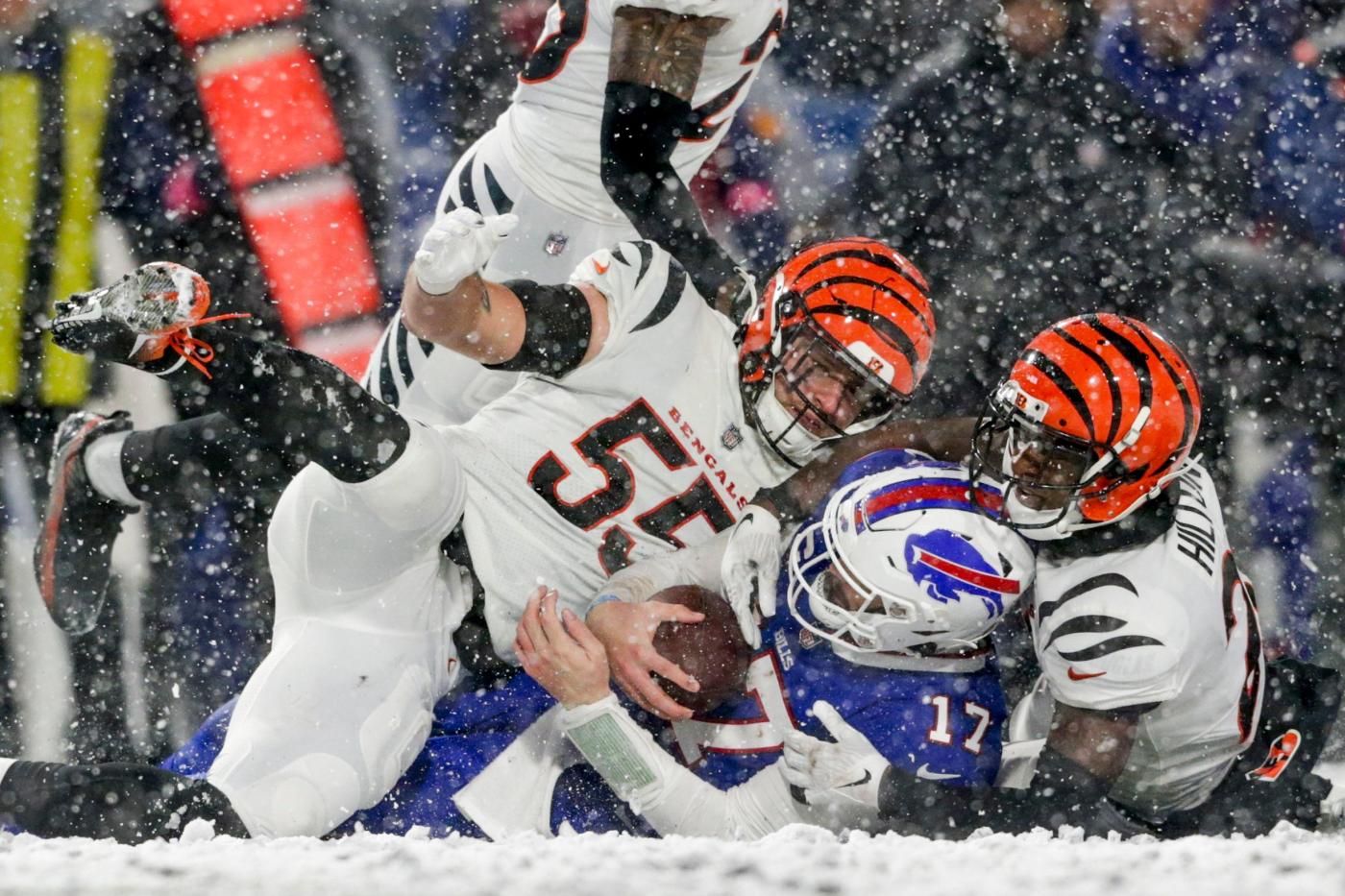 There was the suggestion the day after their season, right inside their locker room, that the Miami Dolphins had taken good steps toward something big because they took big steps toward beating the Buffalo Bills twice in final month.

“We took them right down to the end twice,’ linebacker Jerome Baker said. “You want to win those, but we feel we’re getting to be in a good place now.”

It made sense then, and still does about the Dolphins being almost step-for-step with Buffalo. It’s what that conclusion means that’s needs adjusting after this weekend.

Just like that on Sunday, Buffalo looked like a bunch of working stiffs. Just like that, the Cincinnati Bengals didn’t just win, but toyed with Buffalo in a way that shows how the playoffs define everything.

The AFC is a quarterback gauntlet, just as advertised. Buffalo’s Josh Allen and Jacksonville’s Trevor Lawrence, one great and one moving there, were knocked out this weekend.

Cincinnati’s Joe Burrow and Kansas City’s Patrick Mahomes meet again in the AFC Championship Game. They’re ruthless. That’s the only way to say it. They seem designed to play the position in the way race cars are designed for speed.

Burrow was 9-for-9 and threw touchdowns to wide-open receivers on Cincinnati’s two opening drives. He seemed to be like a kid playing in Buffalo’s snow the rest of the way.

Mahomes suffered an ankle sprain that might feel like a ball and chain in the championship game. He still beat Jacksonville on one leg. He still carries all the hope for Kansas City making the Super Bowl.

In the NFC, San Francisco is riding rookie Brock Purdy to the championship game against a Philadelphia team with Jalen Hurts and powerful line play. This is the other way to build, though its the fallback play if you look at it.

San Francisco traded three first-round picks to move up and draft their designated great quarterback in Trey Lantz. The only problem is Lantz was a dud, then got hurt. Purdy is a surprise so far.

So this isn’t a winning blueprint by the 49ers as much as the kind of fun story that happens sometimes in sports. It did in another generation with Tom Brady, a fifth-round pick, and Kurt Warner, who went from the arena league to the Hall of Fame. Maybe Purdy is one of those. Maybe he’s a one-season wonder. It’s too early to say.

The AFC isn’t the NFC. It has great quarterbacks to the point the only question in places like Buffalo is the team around them. That’s the real downer for the Dolphins in this manner Buffalo didn’t compete with Cincinnati in a 27-10 loss.

Maybe the Bills will be motivated now to fix some obvious problems like the over-reliance on Allen. He’s never had a running game. He has only average receivers, as signing Cole Beasley in January reminded everyone.

The Dolphins showed Buffalo’s problems in their playoff game by sacking Allen seven times and forcing him into three turnovers. Allen still put up 34 points. Cincinnati held him to a season-low 10 points.

It helped the defense to play ahead the whole game. Burrow played behind three reserves on the offensive line, including both starters, and took apart Buffalo’s defense from the start.

This was to be Buffalo’s January, many thought back in September.

“Just because we lost to the Bengals, it doesn’t diminish the type of team that we know we have,” said Buffalo edge rusher Von Miller, who missed the last month with a knee injury. “We have a really good team. Our window is still open, and brighter days are definitely ahead for us.”

They do have a really good team. It’s just not a great one. Cincinnati and Kansas City, led by Burrow and Mahomes, meet for the second straight season to go to the Super Bowl.

A week ago, the Dolphins seemed close to the mountaintop, because they played a rookie quarterback and lost a close playoff game to Buffalo. But everything changes quickly in the playoffs. Now there’s another mountaintop, and maybe two or three, out there to climb.