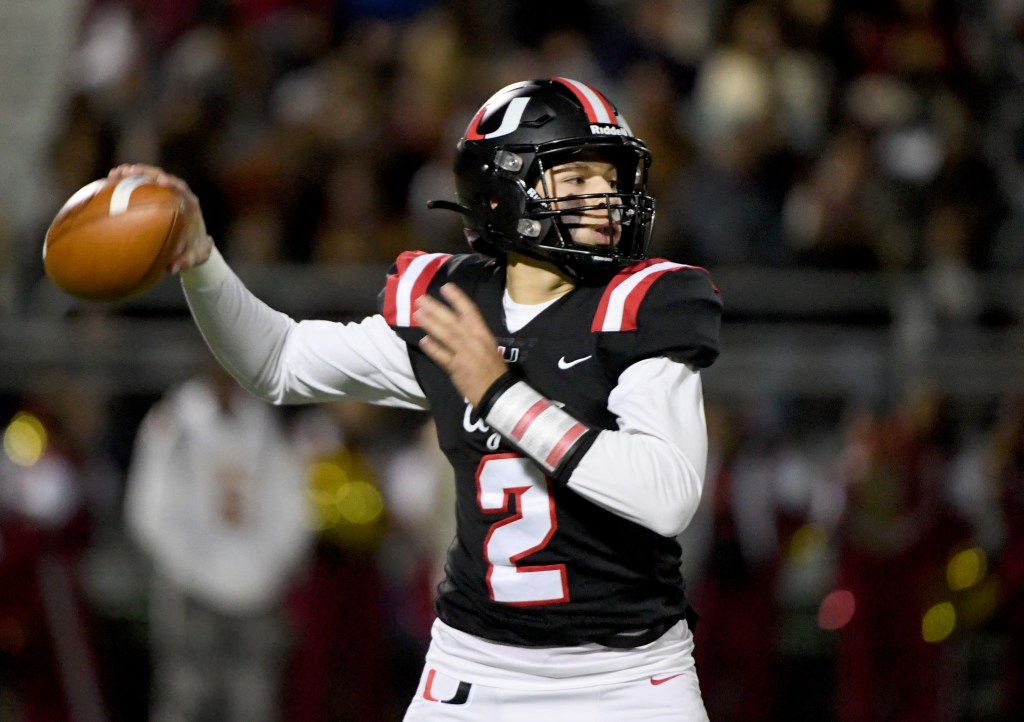 CONCORD – It’s a play the Clayton Valley Charter football team practices on a regular basis, and the Ugly Eagles used it Friday night to help advance to the North Coast Section Division I championship game for the second straight year.

With his team facing a third-and-19 from Liberty’s 36-yard line, quarterback Christian Aguilar threw into the end zone for Emilio Strange, who high-pointed the ball, landed hard, and wrestled it away from a Lions’ defensive back.

Strange’s touchdown gave the Ugly Eagles a 14-point lead midway through the third quarter as they held onto a 21-13 victory over Liberty, winning for the seventh time in eight games since a rocky 1-3 start.

“Coach (Tim Murphy) made the play call for me,” Strange said. “I just wanted to go up for the ball and I knew I was going to catch the ball.”

“It’s kind of a daily thing now that we do,” Aguilar said. “I trust (Strange) to make those tough catches.”

Third-seeded Clayton Valley now has a rematch with No. 2 Pittsburg in the NCS Division I title game next Friday at Heritage High School in Brentwood. The Pirates, led by Aguilar, beat the Ugly Eagles 28-14 last season when the game was at Pittsburg.

Filling in for injured quarterback Jaden Rashada, Aguilar threw for 276 yards and three touchdowns in helping the Pirates win their first section crown in 30 years. Aguilar transferred to Clayton Valley in the summer, and Strange transferred before his junior year.

Micah Avery had a three-yard touchdown run early in the second quarter. Avery was hurt in the third quarter as he finished with 59 yards rushing and 55 yards receiving. Murphy was hopeful Avery would be able to play in the section title game.

Strange had seven catches for 107 yards in the win.

“I’m excited,” Strange said “Christian and I played together freshman year, so we’re excited to play our old teammates back there.”

“It’s great, getting back there two years in a row and then getting to play a great team like Pitt,” Murphy said. “We’re fired up.”

Please check back for updates to this story.