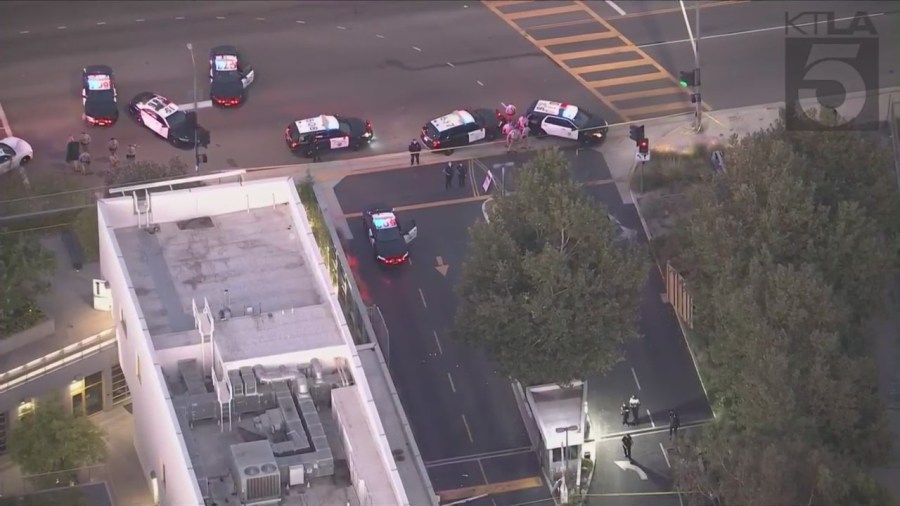 A California Highway Patrol officer was shot during a traffic stop Monday evening.

The shooting happened just before 8 p.m. on the 4500 block of Laurel Canyon Boulevard, according to the Los Angeles Police Department.

Video from Sky5 showed a heavy law enforcement presence surrounding a crime scene that was sectioned off by crime scene tape.

The CHP officer was transported a local hospital by ambulance. The officer’s condition is unclear at this time, but officials from the Los Angeles Fire Department said one person was taken to the hospital in critical condition.

Check back for updates on this breaking story.