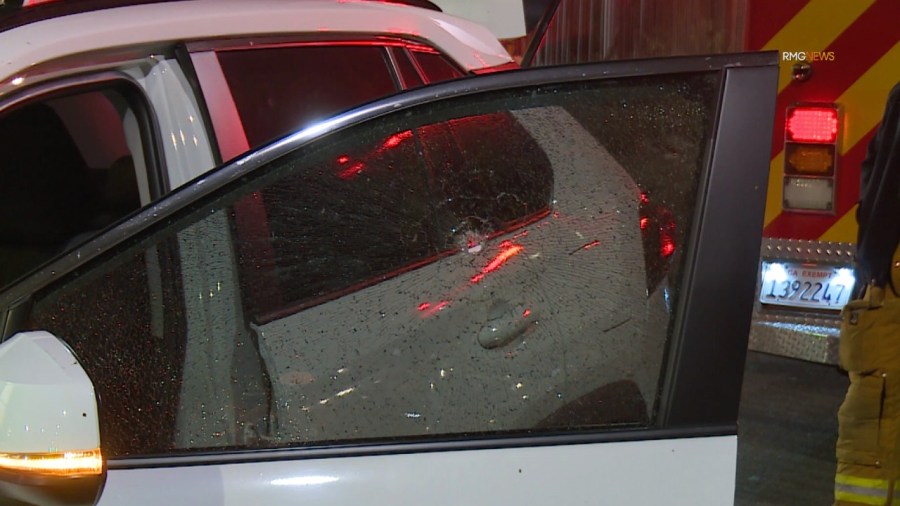 An investigation is underway into a possible shooting on the 10 Freeway in Mid-City early Tuesday morning.

A call reporting highway violence on the freeway near the La Cienega Boulevard exit was made shortly before 3:30 a.m., a California Highway Patrol spokesperson confirmed.

The driver pulled the vehicle off the freeway and waited for officers at La Cienega and David Avenue.

Video from the scene showed what appears to be a bullet hole in the shattered driver’s side window of the vehicle.

Investigators have not determined if the window was struck by a bullet or some other object.

The driver did not appear to be injured as she was talking to investigators after the incident.