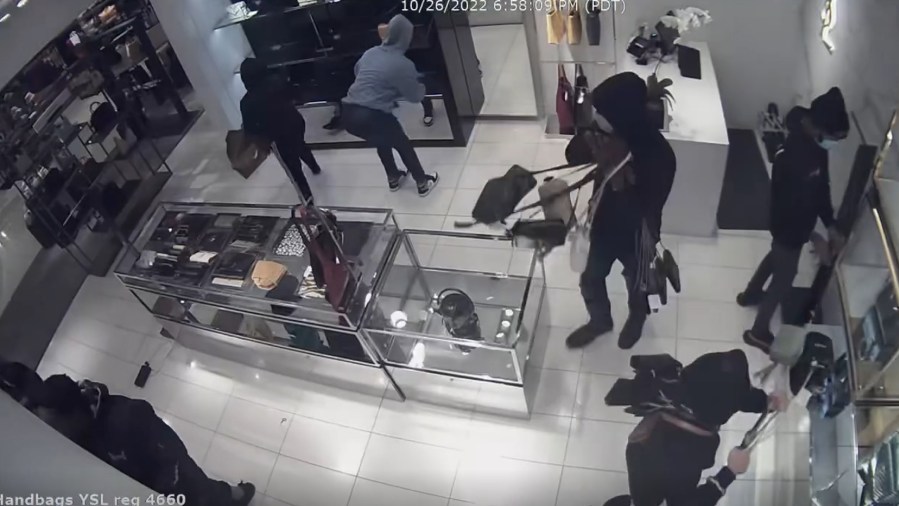 Police are looking for a team of thieves who walked away with $140,000 worth of designer handbags from a Norstrom in San Diego last Wednesday.

Surveillance video obtained by FOX 5 shows between seven to nine suspects taking what police say was around $140,000 worth of items in less than a minute from an area inside the store, and then walk away.

Officers say the thieves used cutters to rip the security cords from the handbags.

Investigators believe the thieves are a theft ring from Los Angeles.