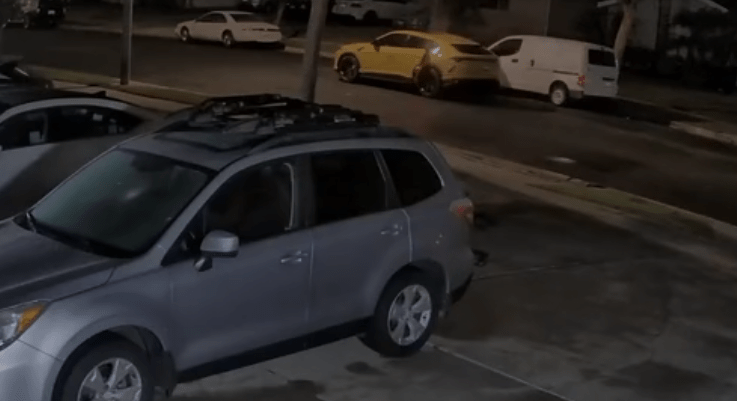 Video released by the Torrance Police Department shows four suspected thieves exiting a Lamborghini and stealing the catalytic converter off a parked van.

In the video, the four male suspects exit a yellow Lamborghini Urus alongside the white van. One of the men is seen acting as a lookout, while the others pull equipment from the back of their vehicle that they use to jack the van up and steal the valuable part before driving away.

Police urged anyone with information about the incident to contact Torrance Police Department detectives at 310-618-5570.