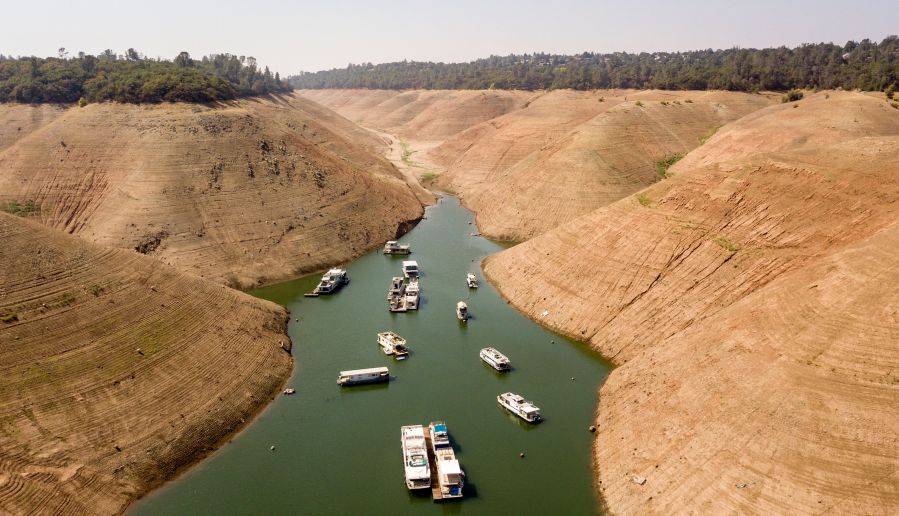 California is approaching the hot, dry summer season and the state’s two largest reservoirs are already at “critically low” levels, according to the U.S. Drought Monitor.

Shasta Lake is at 40% of capacity and Lake Oroville is at 55% as of May 3, according to the U.S. Drought Monitor’s latest report.

The report follows an unprecedented action by the Metropolitan Water District of Southern California, which last month announced it is restricting outdoor watering to just one day a week for millions of residents.

The Southern California communities affected by the restrictions depend on water from Northern California, through the State Water Project, and have limited or no access to water from the Colorado River or local resources.

Deliveries from the State Water Project were severely reduced over the last three years due to California’s relentless drought, and many communities are now faced with a water shortage emergency.

The situation appears even more dire in the Colorado River Basin.

The two largest reservoirs in the U.S.— Lake Mead and Lake Powell — are also at severely low levels, with Lake Powell at 24% of capacity and Lake Mead at 31%, according to the drought monitor.

Federal authorities announced last week that Lake Powell, the second-largest reservoir on the Colorado River, was at its lowest level since originally being filled in the 1960s.

In response, authorities are holding back a large amount of water this year.

At Lake Mead, water levels plummeted to a level so low that authorities believe it led to the May 1 discovery of a barrel containing the body of a homicide victim from the late 1970s or ’80s. Less than a week later, more human remains were found at the drought-stricken lake.

California’s snowpack, which helps fill up much of the state’s reservoirs, is below average and far from where it needs to be.

The April 1 snow survey showed the statewide snowpack was just 38% of average for the time of year, according to the Department of Water Resources.

The snowpack was one of the 10 worst on record, with snow melting faster than expected under clear March skies, warmer-than-average temperatures and no storms.

California also got a record dry start to the year, with January and February being the driest ever recorded in most of California.

Dry conditions are impacting every region of the state.

U.S. Drought Monitor data released May 3 shows that much of California is experiencing severe or extreme drought conditions.