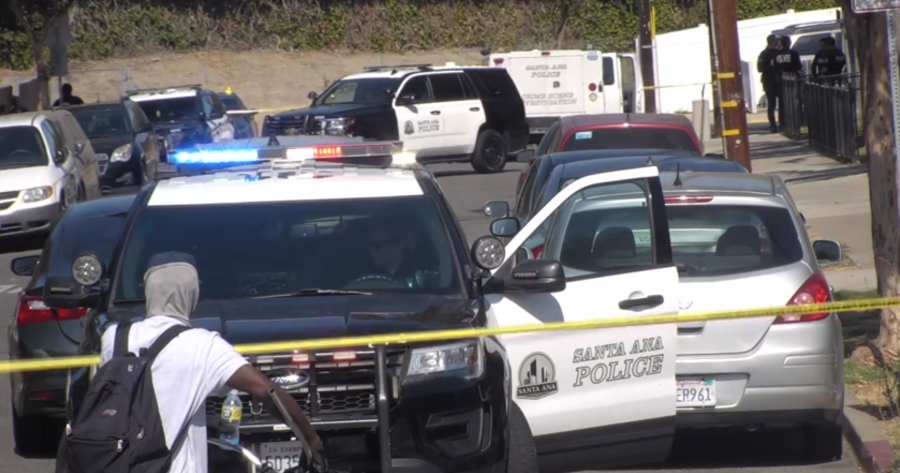 An undercover Santa Ana Police Department officer was shot at on Wednesday, and police say two minors have been detained.

The shooting occurred near North Spurgeon Street and East 20th Street, according to the SAPD.

One of the youths is believed to be the shooter, said Sgt. Maria Lopez.

“One round was shot at the officer who was in an undercover capacity, striking the vehicle he was in,” Lopez said.

No information has been released about the undercover operation or if the two juveniles were connected to it, but Lopez said the incident was “obviously very concerning for the department.”

“Anytime anything like this happens to one of our officers, we obviously worry as a department, we worry as a law enforcement community. Luckily for our officers and for our department, the officer was not hit by the bullet, so we’re very happy about that. We hope this doesn’t happen again,” Lopez said.