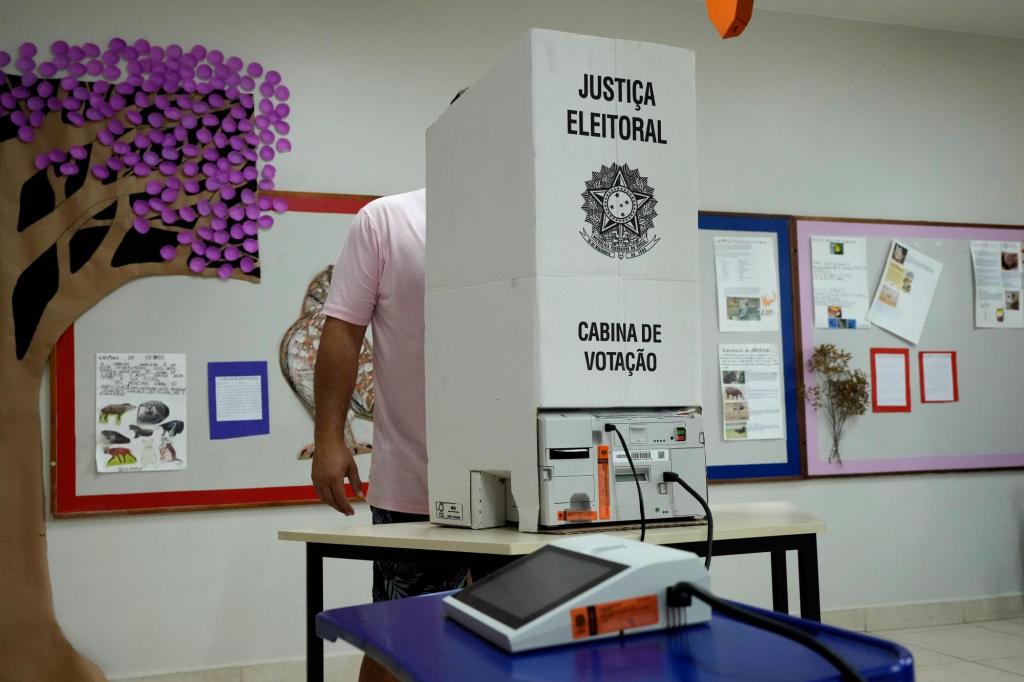 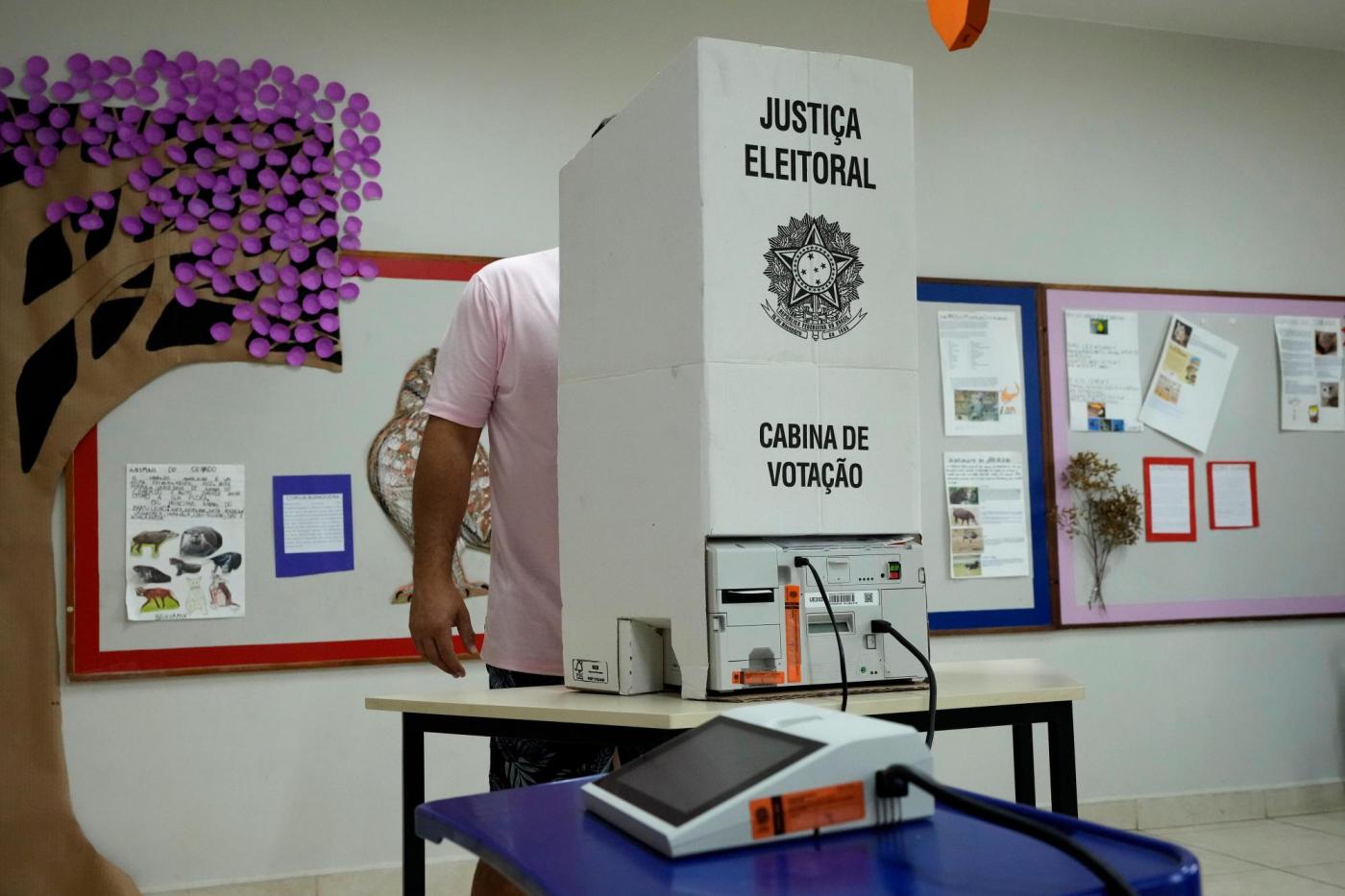 RIO DE JANEIRO (AP) — President Jair Bolsonaro and challenger Luiz Inácio Lula da Silva were very close in Brazil’s runoff presidential election Sunday after 78% of the votes had been tallied. The election pits an incumbent vowing to safeguard conservative Christian values against a leftist former president promising to return the country to a more prosperous past.

Da Silva has 50.2% compared with 49.8% for Bolsonaro, according to the country’s election authority.

Polls closed at 5 p.m. (2000 GMT; 4 p.m. EDT) nationwide. Because the vote is conducted electronically, initial results are out quickly and final results are usually available a few hours later. Bolsonaro had been leading throughout the first half of the count and, as soon as da Silva overtook him, cars in the streets of downtown Sao Paulo began honking their horns. People in the streets of Rio de Janeiro’s Ipanema neighborhood could be heard shouting, “It turned!”

In the first round of voting, on Oct. 2, the first half of votes tallied likewise showed Bolsonaro ahead, with da Silva pulling ahead later after votes from his strongholds were counted. Both men are well-known, divisive political figures who stir passion as much as loathing.

The vote will determine if the world’s fourth-largest democracy stays the same course of far-right politics or returns a leftist to the top job — and, in the latter case, whether Bolsonaro will accept defeat. There were multiple reports of what critics said appeared attempts to suppress turnout of likely voters for da Silva, who was president from 2003-2010.

Voting stations in the capital, Brasilia, were already crowded by morning and, at one of them, retired government worker Luiz Carlos Gomes said he would vote for da Silva.

“He’s the best for the poor, especially in the countryside,” said Gomes, 65, who hails from Maranhao state in the poor northeast region. “We were always starving before him.”

Most opinion polls before the election gave a lead to da Silva, universally known as Lula, though political analysts agreed the race grew increasingly tight in recent weeks.

For months, it appeared that da Silva was headed for easy victory as he kindled nostalgia for his presidency, when Brazil’s economy was booming and welfare helped tens of millions join the middle class.

But while da Silva topped the Oct. 2 first-round elections with 48% of the vote, Bolsonaro was a strong second at 43%, showing opinion polls significantly underestimated his popularity. Many Brazilians support Bolsonaro’s defense of conservative social values and he has shored up support with vast government spending.

Candidates in Brazil who top the first round tend to win the runoff. But political scientist Rodrigo Prando said this campaign is so atypical that a Bolsonaro win could not be ruled out.

More than 150 million Brazilians are eligible to vote, yet about 20% of the electorate abstained in the first round. Both da Silva and Bolsonaro have focused efforts on driving turnout. The electoral authority prohibited any federal highway police operations from affecting voters’ passage on public transport.

Still, there were multiple reports of checkpoints and traffic stops. Television network Globo reported more than 500 stops, half of which in the northeast region, a Workers’ Party stronghold. The party filed a request for the arrest of the highway police’s director, and demanded the region’s polls remain open later.

Speaking to reporters in Brasilia, the electoral authority’s president Alexandre de Moraes said the police force’s director had provided clarification that no stop lasted over 15 minutes, turnout wasn’t affected and polls would close at 5 p.m. local time, as scheduled.

Bolsonaro was first in line to cast his vote at a military complex in Rio de Janeiro. He sported the green and yellow colors of the Brazilian flag that always feature at his rallies.

Da Silva voted Sunday morning in Sao Bernardo do Campo, a city outside Sao Paulo, where he lived for decades and started his political career as a union leader. He wore white, as he often has during the campaign, rather than his party’s traditional red.

“Today we are choosing the kind of Brazil we want, how we want our society to organize. People will decide what kind of life they want,” da Silva told reporters. “That’s why this is the most important day of my life. I am convinced that Brazilians will vote for a plan under which democracy wins.”

The candidates presented few proposals for the country’s future beyond affirming they will continue a big welfare program for the poor, despite very limited fiscal room going forward. They railed against one another and launched online smear campaigns — with considerably more attacks coming from Bolsonaro’s camp.

On the eve of the election, Bolsonaro shared video on Twitter of former U.S. President Donald Trump endorsing him, saying that he has secured Brazil’s universal respect on the world stage. Da Silva has specifically criticized Bolsonaro for the nation’s fallen stature abroad, highlighting the dearth of state visits and bilateral meetings.

His four years in office have been marked by proclaimed conservatism and defense of traditional Christian values. He claimed that his rival’s return to power would usher in communism, legalized drugs, abortion and the persecution of churches — things that didn’t happen during da Silva’s earlier eight years in office.

On Sunday, Livia Correia and her husband, Pedro, brought her two young kids to a voting station in Rio’s Copacabana neighborhood, where Bolsonaro supporters regularly rally. They all wore green-and-yellow shirts. Livia, 36, said she voted for Bolsonaro because he defends the things she holds dear: “family values, God and freedom of expression.”

Da Silva has homed in on Bolsonaro’s widely criticized handling of the COVID-19 pandemic and said the president failed to care for society’s neediest members. And he painted Bolsonaro as an opponent of the Amazon rainforest, given that he defanged environmental authorities and presided over a surge in deforestation.

But for many, the record of da Silva’s Workers’ Party is equally off-putting. A sprawling investigation revealed the party’s involvement in vast corruption scandals that ensnared top politicians and executives.

Da Silva himself was imprisoned for 19 months for corruption and money laundering. The Supreme Court annulled his convictions in 2019, on the grounds that the judge was biased and colluded with prosecutors. That did not stop Bolsonaro from reminding voters of the convictions.

The president’s tremendous digital mobilization was on display in recent days as his campaign introduced fresh — and unproven — claims of possible electoral manipulation. That revived fears that Bolsonaro could challenge election results should he lose — much like Trump, whom he admires.

For months, he claimed that the nation’s electronic voting machines are prone to fraud, though he never presented evidence, even after the electoral authority set a deadline for him to do so.

More recently, allegations focused on airtime for political ads. Bolsonaro’s campaign claimed that radio stations may have hurt their candidate by failing to air more than 150,000 electoral spots.

“If da Silva wins, we’re going to have a problem,” said Pedro Correia, 40, who joined his wife and two children in Copacabana.

“It’s impossible that he wins,” he said.