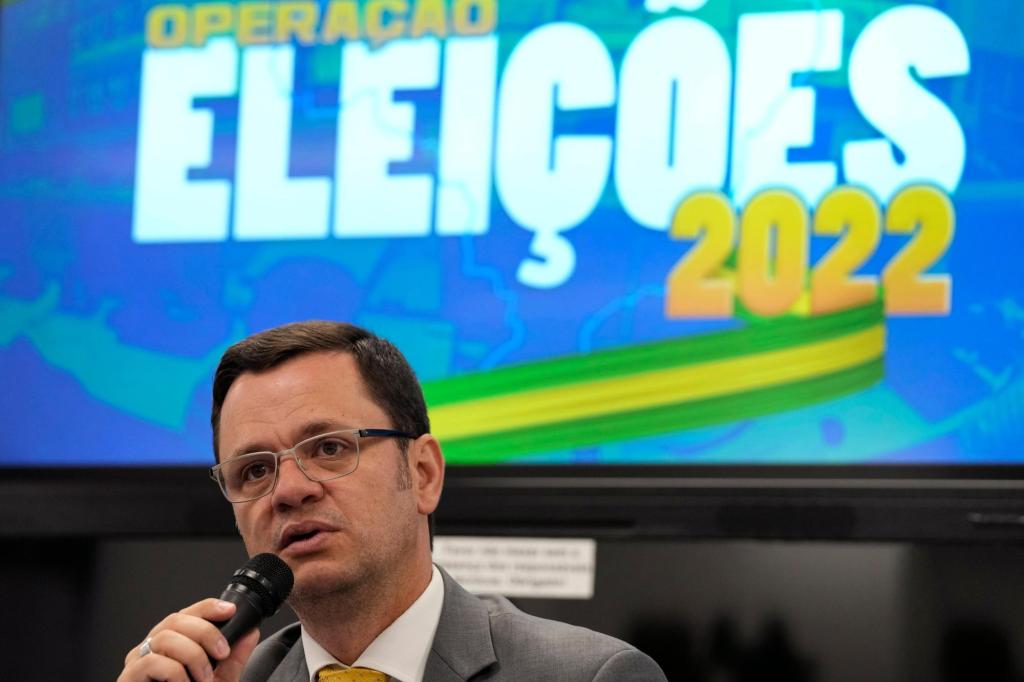 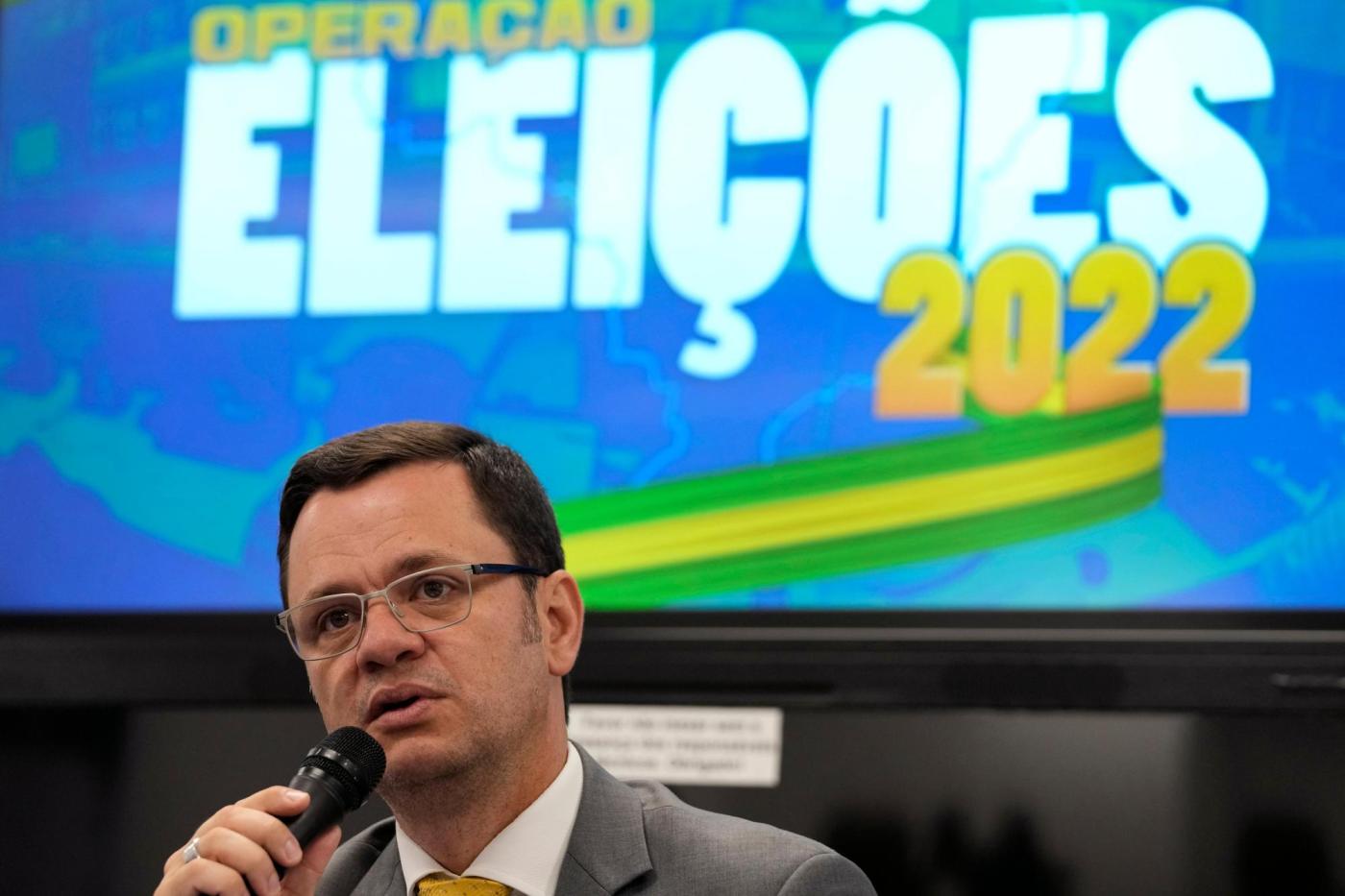 RIO DE JANEIRO (AP) — A Brazilian Supreme Court justice on Friday authorized adding former President Jair Bolsonaro in its investigation into who incited the Jan. 8 riot in the nation’s capital, as part of a broader crackdown to hold responsible parties to account.

According to the text of his ruling, Justice Alexandre de Moraes granted the request from the prosecutor-general’s office, which cited a video that Bolsonaro posted on Facebook two days after the riot. The video claimed President Luiz Inácio Lula da Silva wasn’t voted into office, but rather was chosen by the Supreme Court and Brazil’s electoral authority.

Prosecutors in the recently formed group to combat anti-democratic acts argued earlier Friday that although Bolsonaro posted the video after the riot, its content was sufficient to justify investigating his conduct beforehand. Bolsonaro deleted it the morning after he first posted it.

“Bolsonaro’s positioning, in general, is being investigated as an incitement method. The fact that the video was published after the attacks doesn’t mean he wasn’t involved previously in inciting the acts,” said Georges Abboud, a constitutional law professor at Sao Paulo’s Pontifical Catholic University.

Otherwise, Bolsonaro has refrained from commenting on the election since his Oct. 30 defeat. He repeatedly stoked doubt about the reliability of the electronic voting system in the run-up to the vote, filed a request afterward to annul millions of ballots cast using the machines and never conceded.

He has taken up residence in an Orlando suburb since leaving Brazil in late December and skipping the Jan. 1 swearing-in of his leftist successor, and some Democratic lawmakers have urged President Joe Biden to cancel his visa.

Following the justice’s decision late Friday, Bolsonaro’s lawyer Frederick Wassef said in a statement that the former president “vehemently repudiates the acts of vandalism and destruction” from Jan. 8, but blamed supposed “infiltrators” of the protest — something his far-right backers have also claimed.

The statement also said Bolsonaro “never had any relationship or participation with these spontaneous social movements.”

Brazilian authorities are investigating who enabled Bolsonaro’s radical supporters to storm the Supreme Court, Congress and presidential palace in an attempt to overturn results of the October election. Targets include those who summoned rioters to the capital or paid to transport them, and local security personnel who may have stood aside to let the mayhem occur.

Much of the attention thus far has focused on Anderson Torres, Bolsonaro’s former justice minister, who became the federal district’s security chief on Jan. 2, and was in the U.S. on the day of the riot.

De Moraes has opened an investigation into Torres’ actions, which he characterized as “neglect and collusion.” In his decision, which was made public Friday, de Moraes said Torres fired subordinates and left the country before the riot, an indication that he was deliberately laying the groundwork for the unrest.

The court also issued an arrest warrant for the former security chief, who returned to Brazil early Saturday and was taken into custody, the Federal Police said in a statement. Torres has denied wrongdoing.

Justice Minister Flávio Dino pointed to a document that Brazilian federal police found upon searching Torres’ home: a draft decree that would have seized control of Brazil’s electoral authority and potentially overturned the election. The origin and authenticity of the unsigned document are unclear, and it remains unknown if Bolsonaro or his subordinates took any steps to implement the measure that would have been unconstitutional, according to analysts and the Brazilian academy of electoral and political law.

But the document “will figure in the police investigation, because it even more fully reveals the existence of a chain of people responsible for the criminal events,” Dino said, adding that Torres will need to inform police who drafted it.

By failing to initiate a probe against the document’s author or report its existence, Torres at the very least could be charged with dereliction of duty, said Mario Sérgio Lima, a political analyst at Medley Advisors.

Torres said on Twitter that the document was probably found in a pile along with others intended for shredding, and that it was leaked out of context to feed false narratives aimed at discrediting him.

Dino told reporters Friday morning that no connection has yet been established between the capital riot and Bolsonaro.

The federal district’s former governor and former military police chief are also targets of the Supreme Court investigation made public Friday. Both were removed from their positions after the riot.

Also on Friday night, the popular social media accounts of several prominent right-wing figures were suspended in Brazil in response to a court order, which journalist Glenn Greenwald obtained and detailed on a live social media broadcast.

The order, also issued by Justice de Moraes, was directed at six social media platforms and established a two-hour deadline to block the accounts or face fines. The accounts belong to a digital influencer, a YouTuber recently elected federal lawmaker, a podcast host in the mold of Joe Rogan, and an evangelical pastor and senator-elect, among others.