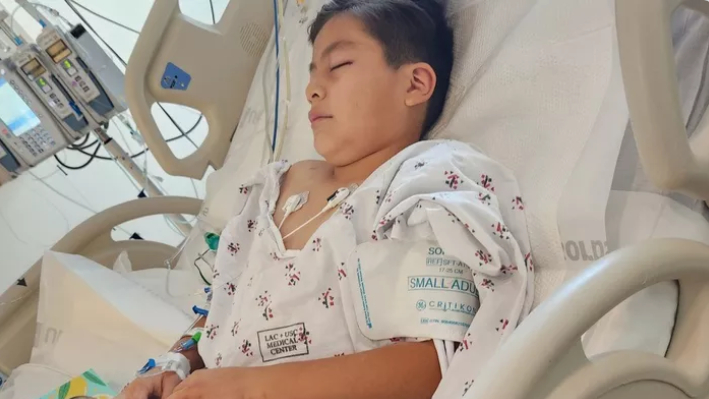 A 9-year-old boy who was stabbed by a homeless man inside a downtown Los Angeles Target earlier this week is on the road to recovery and has begun physical therapy, family members say.

“He is a strong child. We know he will get through this,” Lizzette Molina, the aunt of Brayden Medina, posted on a GoFundMe page.

Brayden suffered stab wounds to his back left shoulder in the Nov. 15th attack when, according to witnesses, a man experiencing homelessness shouted racist comments and then attacked the 9-year-old and another shopper with a knife he grabbed from Target’s kitchenware section.

“He is now going through physical therapy to fully recover, though he is having complications in his legs. We are asking for support from your kind heart to help us pay for his medical expenses as he will be undergoing physical therapy,” Molina wrote.

The family is soliciting donations here.

The other victim was initially hospitalized in serious condition.

“It’s been said that the 25-year-old woman who was stabbed in the chest intervened to save my cousin’s life. God bless her soul. My prayers go out to her and my heart to her family,” Molina wrote.

The attacker was fatally shot after he apparently lunged at the security guard while trying to leave the store, according to Los Angeles Police.