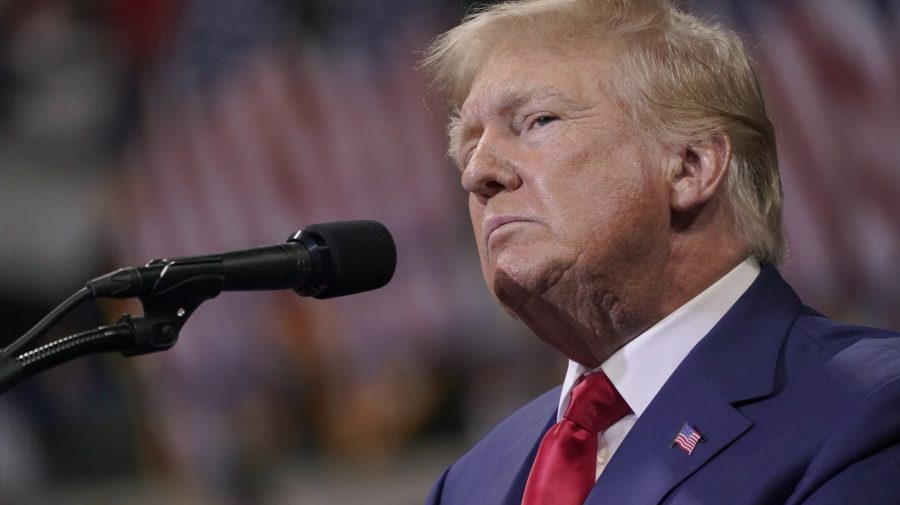 (The Hill) — Former President Donald Trump suggested to his aides while he was president that the United States could trade Puerto Rico to Denmark for Greenland, according to a new book from two reporters.

The New York Times journalist Peter Baker and The New Yorker magazine journalist Susan Glasser revealed in their book, “The Divider: Trump in the White House, 2017-2021,” that Trump’s plan to buy Greenland came from Ronald Lauder, a New York cosmetics heir who had known Trump since college.

Baker wrote in an article Wednesday that Lauder discussed the idea of purchasing Greenland with Trump from the early days of his presidency, and Lauder offered to serve as a back channel to negotiate with Denmark, which owns Greenland.

Reports in 2019 revealed Trump’s interest in purchasing Greenland, an autonomous Danish territory, and that some of his advisers supported it while others dismissed it as a fascination.

John Bolton, who was serving as national security adviser at the time, directed his aide Fiona Hill to form a team to consider ideas to acquire Greenland, Baker reported. Bolton believed increasing U.S. presence in Greenland made sense to oppose Chinese influence in the Arctic region, but buying it outright was not feasible.

Trump continued to press for acquiring the island, the world’s largest, suggesting that the U.S. take federal money away from Puerto Rico to buy Greenland or trade the two islands.

Trump said in an interview for the book that the idea to buy Greenland was his own idea.

“I love maps. And I always said: ‘Look at the size of this. It’s massive. That should be part of the United States,” Trump reportedly said.

Denmark’s prime minister rejected the idea of selling Greenland to the U.S., calling it “absurd.”

The Trump administration faced strong criticism for its response after Hurricane Maria hit Puerto Rico in 2017, with local officials slamming the White House at the time for being slow to respond.

A former Department of Homeland Security official said in 2020 that Trump called Puerto Rico “dirty” and asked to trade it for Greenland after officials visited the island following the hurricane.

Trump did not immediately return a request from The Hill for comment.