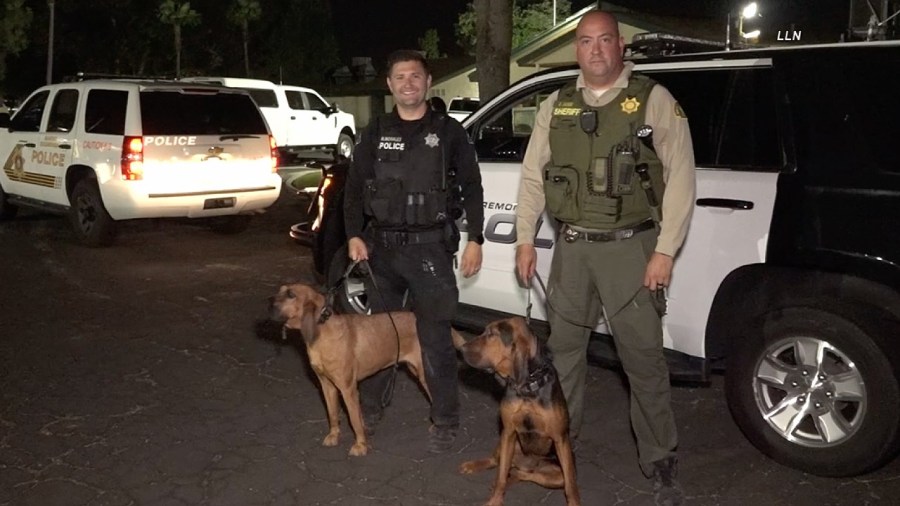 Two law enforcement bloodhounds helped track down an inmate who escaped Wednesday night from a fire camp near the California Institute for Men prison in Chino.

California Department of Corrections and Rehabilitation officers reported that 30-year-old Kyle Summers had fled the facility at about 9:45 p.m.

Summers, who was incarcerated for felony evading, was last seen running northbound from the facility, according to a news release from the City of Chino.

Bloodhound tracking dogs from the Claremont Police Department and Sheriff’s Department were also brought in to help with the search.

The dogs directed authorities to the 14500 block of Longwood Avenue after locating some of the inmates clothing.

Officers in the Sheriff’s Department helicopter were then able to spot Summers hiding under some bushes in the side yard of a residence, the news release stated.

Summers was apprehended without incident and released into the custody of CDCR officers.