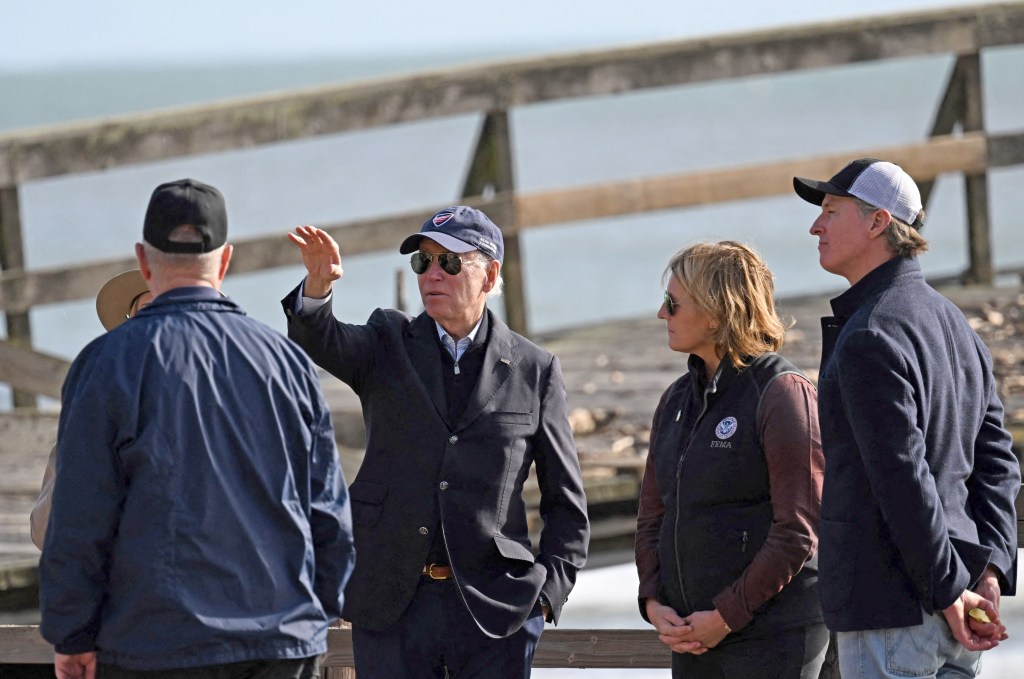 President Joe Biden surveyed widespread wreckage Thursday during a visit to Capitola Village and Seacliff State Beach, two of the areas most heavily damaged by the recent string of atmospheric rivers to hit California.

In Santa Cruz County, Capitola Village and Seacliff State Beach are located, at least 500 homes were damaged, and thousands of acres of farm fields were flooded. The county took the brunt of several of the biggest storms.

“The country is here for you and with you,” Biden said at Seacliff, located near Aptos. “We are not leaving until things are built back and built back better than they were before. As you recover from these storms, we will be with you every step of the way. And I mean that sincerely. Every step.”

Thursday’s visit was the first to Santa Cruz County by a sitting president since George Bush Sr. visited downtown Santa Cruz in 1989 three days after the Loma Prieta Earthquake.