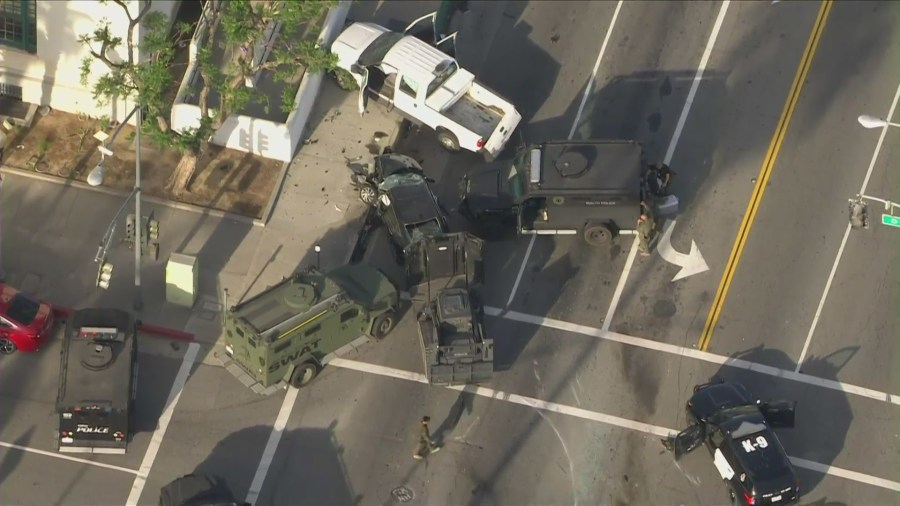 Public Information Officer Huerta of the SBCSD said the Grand Terrace bank is located in the 22300 block of Barton Road.

Aerial footage from Sky5 showed that a dark-colored compact car collided with a County of San Bernardino truck near that location.

Officers and deputies returned fire, and though it remains unclear who fired the shot or shots that struck the suspect and how many times they were struck, they were pronounced dead at the scene, Rodriguez said. No one else was hurt.

The name, age and gender of the person who was killed has not yet been released.

The investigation is ongoing, and no further information was available.