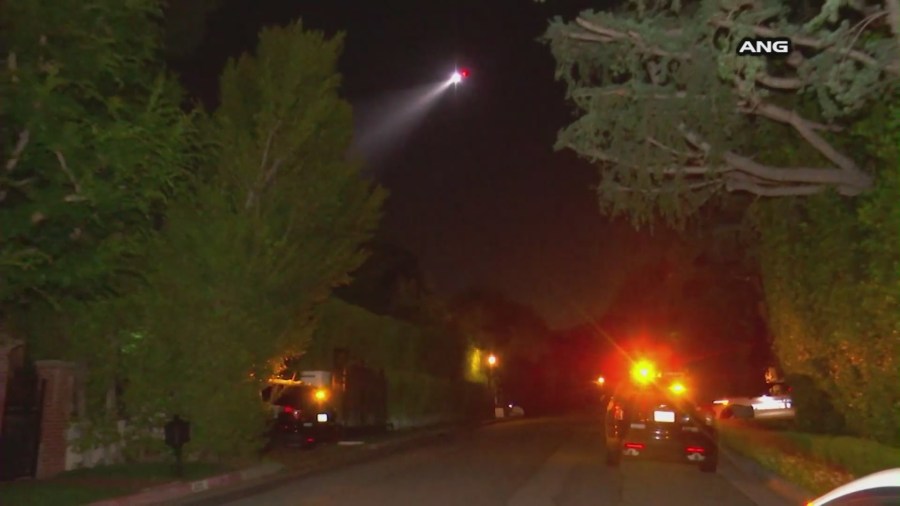 Police are investigating a string of burglaries that took place in Los Angeles Westside overnight and early Sunday morning.

Around 9 p.m. Saturday, Los Angeles police responded to a home on the 12900 block of Chalon Road in Mandeville Canyon for a report of a burglary in progress. The burglar had already fled the area when police arrived on scene at the home in the affluent neighborhood.

Police say the burglar fled the scene on foot down a fire access road with an undisclosed amount of jewelry from the home.

Then about two hours later, police received another call for a burglary at a home in Beverly Crest. Officers responded to the 200 block of Delfern Drive to a house that is said to have previously been the home of a prominent YouTube personality. The house was vacant and the previous tenant had recently moved out, police and neighbors confirmed.

Authorities were continuing to investigate both burglaries and break-ins Sunday morning when they received a call for another burglary at a gated community in Brentwood.

Around 6:50 a.m., officers headed to a home on the 11000 block of West Olympic Boulevard after receiving reports that a burglar was currently inside the home.

Police arrived to the property and took one person into custody. It’s unclear at this time if the person was arrested or if they are connected to the previous evening burglaries.

The burglaries all took places in neighborhoods with affluent residents, including millionaires and celebrities, although it’s unclear if anyone specific was targeted in the crimes.

Anyone with information about these burglaries should contact the LAPD West station at 310-444-0702. You can also submit an anonymous tip online at lacrimestoppers.org.