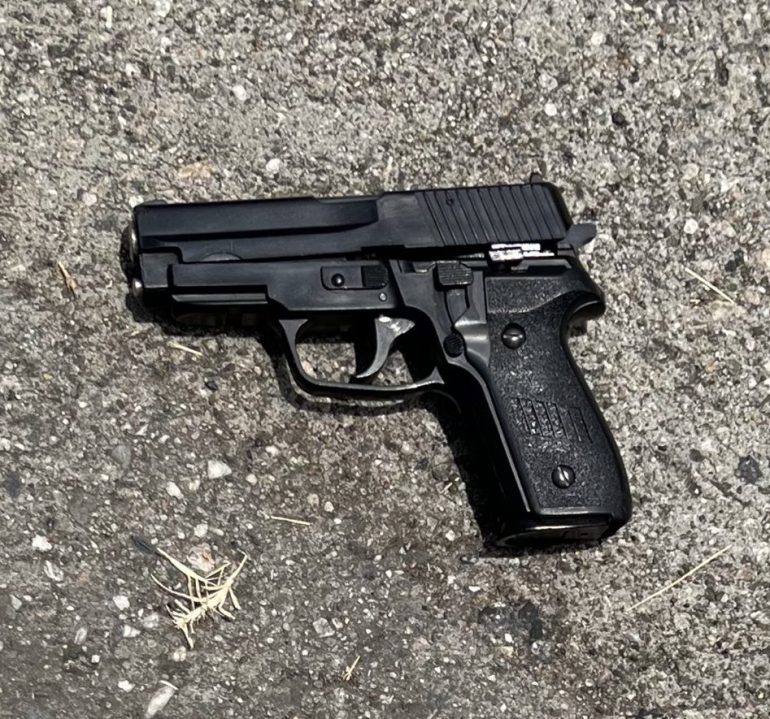 An armed man was shot and killed by police in Lincoln Heights Wednesday morning, officials said.

The incident unfolded around 11 a.m. near Broadway and Avenue 18, according to the Los Angeles Police Department.

A traffic officer was investigating a crash at the location when someone approached him and told him a man was armed with a handgun and directed the officer down the street to Broadway and Avenue 19.

The man allegedly pulled out a handgun, pointed it at the officers and at least one officer opened fire, police detailed in a Twitter thread hours after the fatal encounter.

The man was struck by gunfire, but no officers were injured during the incident.

The man was taken to a hospital where he was eventually pronounced dead, police said.

A gun was recovered at the scene and will be booked into evidence, though police later said “Further investigation revealed the hand gun was a pellet gun resembling a firearm.”

Traffic in the area was expected to be impact for hours after the shooting.

California Attorney General Rob Bonta said in a statement that the state Department of Justice is investigating the shooting.