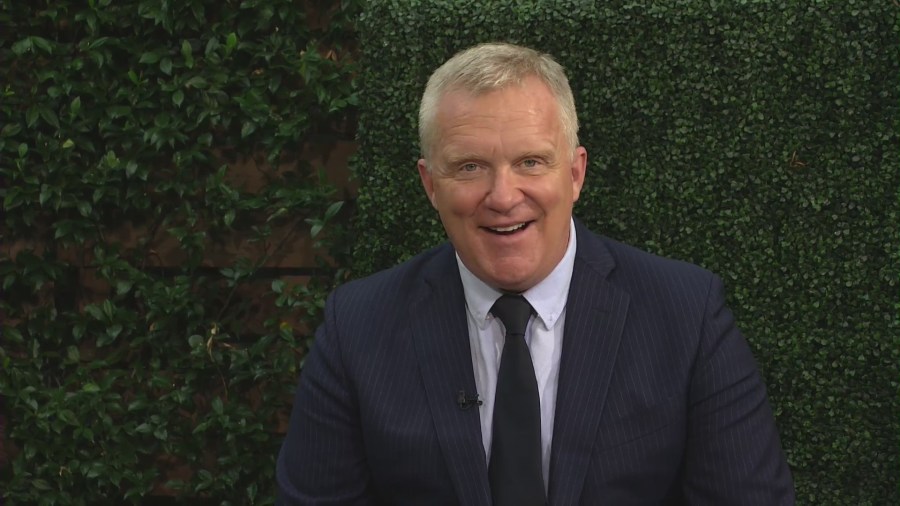 Anthony Michael Hall is back in detention, but this time as an administrator.

His new film, “The Class,” is a reimagined version of the 1980s John Hughes classic, ‘The Breakfast Club.’ Not only does he star in it, he’s also a producer.

“This time there are six kids instead of five, but it’s all real-world issues that they’re dealing with, from their sexuality to life-changing illness to alcoholism,” Hall told Sam Rubin on KTLA 5 Morning News Thursday. “We really wanted to amp it up.”

“The Class” was filmed in Chicago, much like its predecessor. The city played a huge part in Hall’s life, as it served as a backdrop in most of Hughes’ films.

“That was like a second home to me growing up,” he said. “It was great to be back there.”

Hall, however, isn’t simply resting on 80’s nostalgia and has several major projects in the pipeline.

For Hall, acting is still fun, even 40 years into his career.

“I do enjoy it, also a lot more actually,” he said. “I’m just grateful to the good Lord. I’ve had a good creative job, and we’re still on campus here, swinging away.”

“The Class” is out now in select theaters and available to rent or purchase on Amazon, Apple TV, and anywhere you buy or rent your movies.