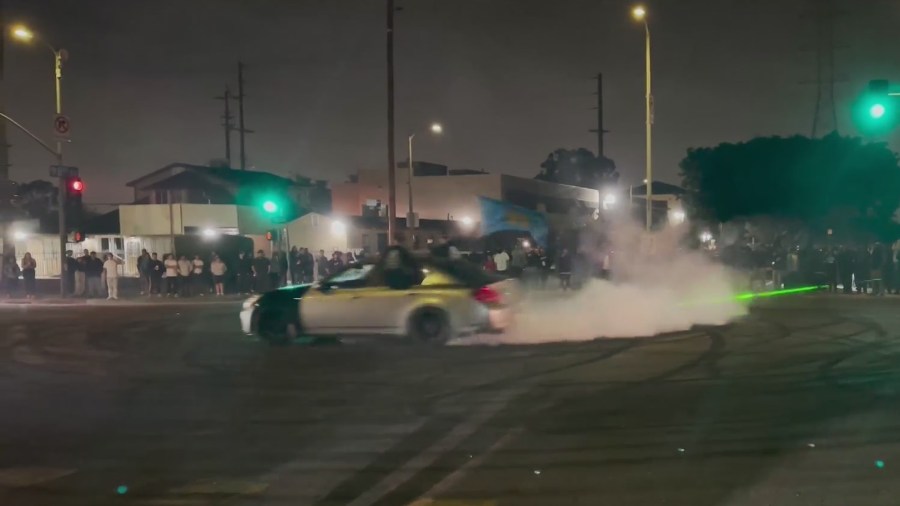 Around midnight, a large gathering of people shut down the intersection of Century Boulevard and Figueroa Street in Vermont Vista.

Several people blocked off the intersection while drivers did doughnuts and car stunts, sometimes with their passengers hanging out of the window.

The dangerous antics continued after the group then moved to the corner of Hooper and Gage avenues in Florence-Firestone.

There have so far been no reports of any injuries or arrests made, but the Los Angeles Police Department does say they are stepping up their efforts to address the illegal street takeovers.

A dedicated task force is increasing enforcement and authorities say anyone who is caught participating in one of these takeovers will have their car towed away.