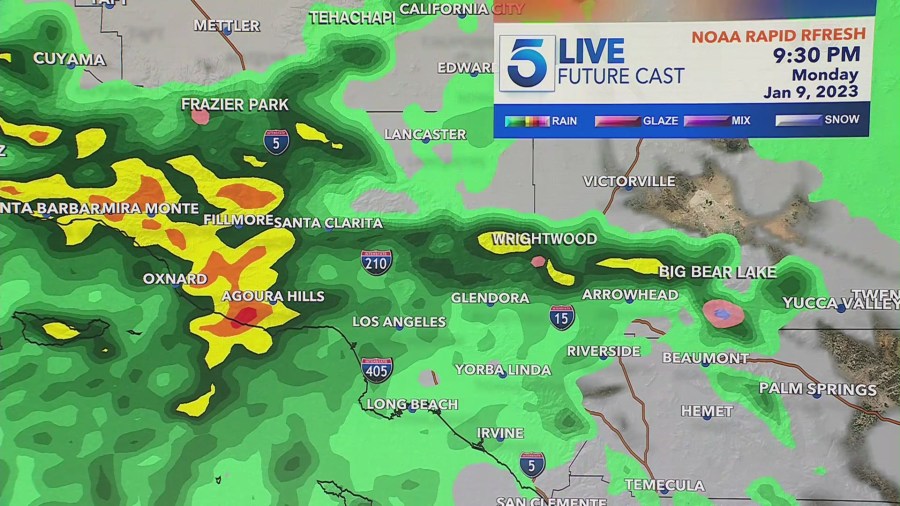 Another major storm is headed to Southern California this week, with threats of gusty winds, flooding and hazardous driving conditions.

After a short respite from residual “bomb cylone” effects this weekend, residents should prepare for the return of turbulent conditions this week.

“The storm for Monday-Tuesday is looking stronger than our recent storm, with potentially damaging winds and heavy rain,” according to the National Weather Service.

SoCal residents will experience heavy rain, strong winds, flooding, downed trees and powerline outages, officials said. Around two to four inches of rain is expected along the coastal and valley regions and between four to eight inches in the mountains.

Snowfall is expected in regions over 7,500 feet. Wind gusts in the central coast will run from 50-60 miles per hour and from 60-70 miles per hour in the mountains, said NWS.

Experts are warning of dangerously high surf which has led to closed beaches, ongoing warnings and advisories, and damaged piers along the California coast.

The intense waves and rip currents will continue this week, providing dangerous conditions for visitors and possible flooding along the coast, NWS warns.

NWS also recommends mariners remain in port, seek safe harbor, and/or secure their vessels from severe wind and combined seas. Beachgoers should stay back from the water’s edge and off any coastal rocks.

Anyone heading outside should be aware of hazardous driving conditions including fallen rocks and debris on roads. Debris flow is especially pronounced in recent burn areas from the Fish and Lake fires.

The California governor’s office issued a State of Emergency in response to the prolonged winter storm battering the state, allowing officials to mobilize emergency services such as the California National Guard and Caltrans along with repair and recovery efforts.