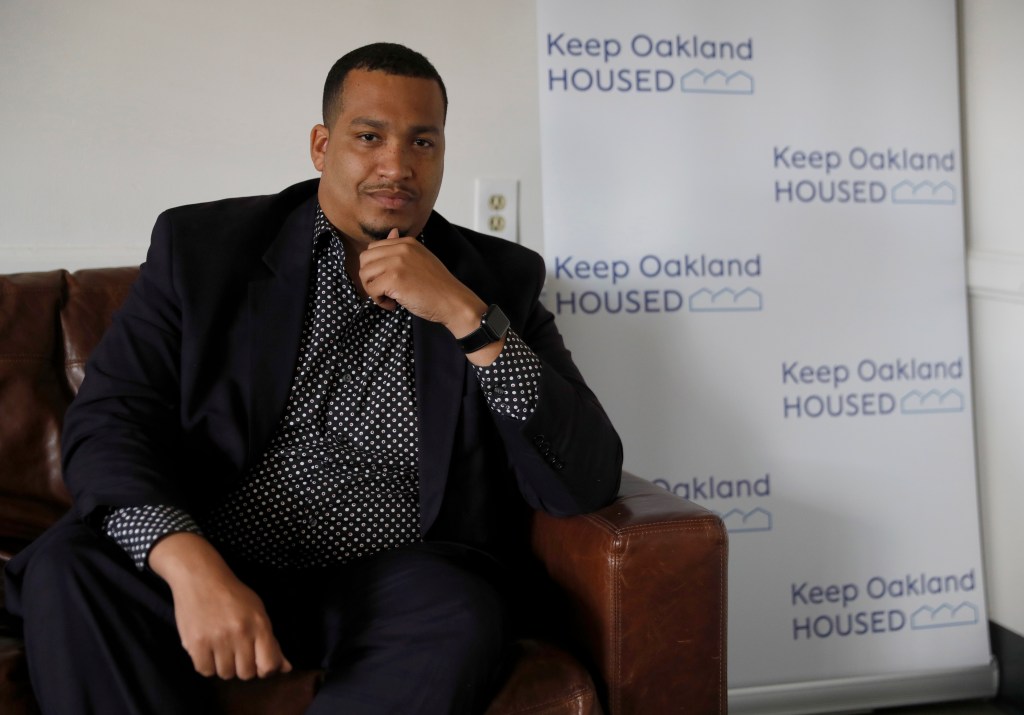 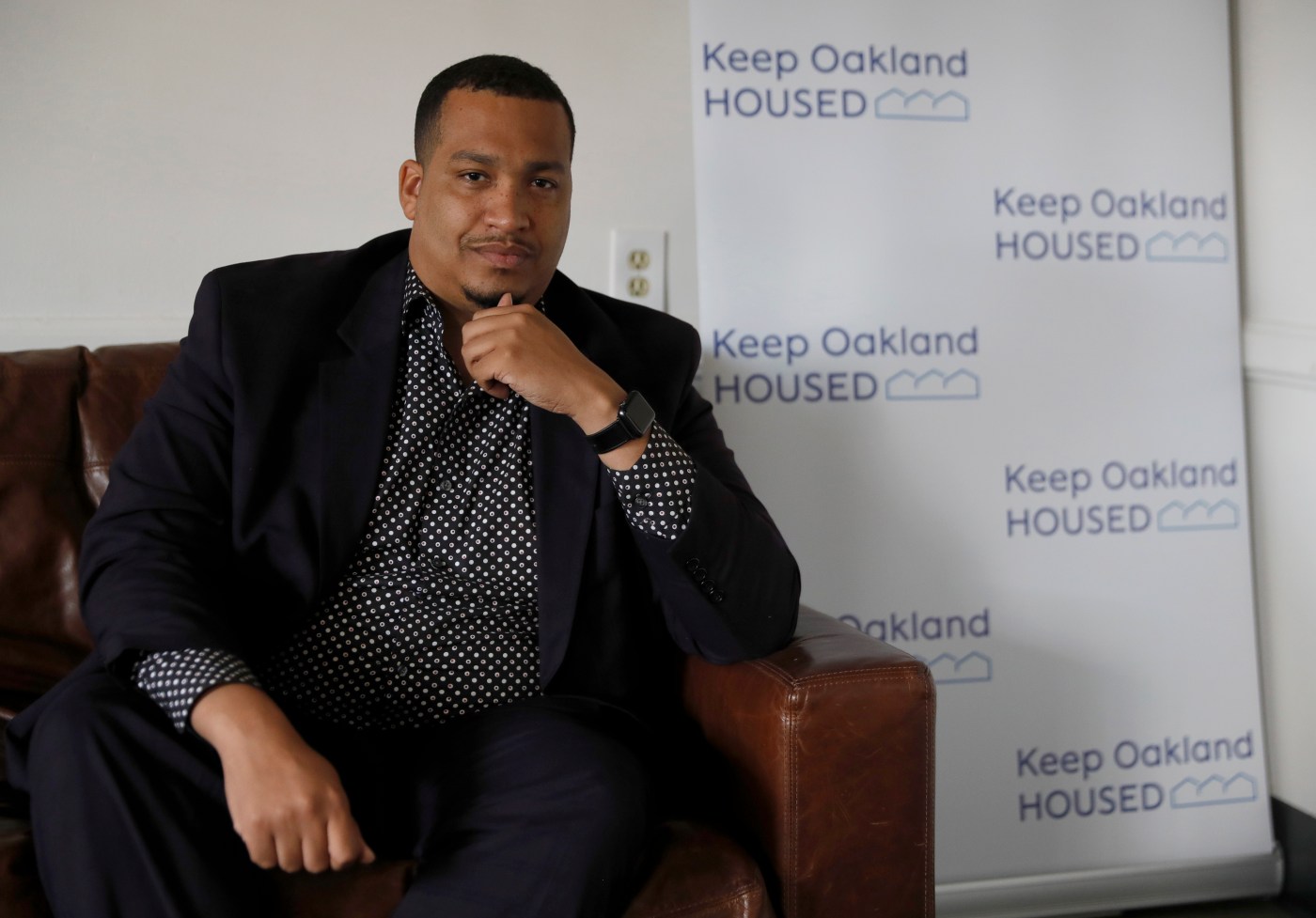 Four years after it launched as an experimental program designed to shake-up the city’s response to homelessness, Keep Oakland Housed is welcoming its first-ever executive director — part of its attempt to increase its reach and prevent even more people from ending up homeless.

The program, run by Bay Area Community Services, steps in when people are in the danger of losing their housing over anything from an inability to pay rent, to a fight with a family member they’re living with. Keep Oakland Housed offers one-time, emergency financial aid, legal help and problem solving in an effort to stop homelessness before it starts.

Everything changed during the COVID-19 pandemic, when the program was flooded with a surge of people who needed help — but also received a boost in federal and state funding to help meet the increased demand.

Now that those funds are drying up, new executive director Logan McDonnell is tasked with building a new, post-pandemic Keep Oakland Housed. He and his team are re-imagining everything from who qualifies for help, to how they reach non-English speakers and people without Internet access, to how they can continue helping their clients more long-term.

McDonnell sat down with this news organization to discuss the importance of and future of homelessness prevention. This interview has been edited for length and clarity.

Q: In a world where the emphasis often is placed on helping someone once they become homeless, why is it important to focus on prevention as well?

A: Once someone becomes homeless, the likelihood of them becoming homeless again increases exponentially. So in order to really intervene, we ethically shouldn’t let anybody become homeless in the first place. And just from a cost-benefit analysis, prevention is a fraction of how much we’d have to pay if we let them get to the point that they lose their housing.

A: Prevention is always just cheaper than the cure.

Q: Is the prevention model catching on in other jurisdictions?

A: I hope so. I think it’s a lot easier to focus on what’s visible, what some may find even annoying — like tents on the street. And it’s a lot easier to be a bystander when you don’t have to see it. You don’t see it when someone can’t pay their mortgage. That was something that happened in my family. I had a couple family members, including my dad, who couldn’t keep up with the mortgage. What usually happens is they sell their house for way less, it resells for way more, and then they relocate way further outside their community. And the lasting effects of that could be everything from loneliness to trauma to crime, because you don’t have the means to survive. So instead of letting all that happen, why not just come in and offer the support that usually hasn’t been provided?

Q: And how has the pandemic changed the need for this kind of work?

A: Three years ago, it took around $4,000 to prevent displacement for somebody, on average. When the pandemic hit, we saw people that owed up to 18 months of back-rent. So through federal and state funding, we were able to make them whole. Landlords were reaching out to us a lot more often. And we were able to make them whole, so they wouldn’t have to go without during the eviction moratorium.

People have prioritized, for example, having to do distance learning, virtual learning. How many times has someone had to pay for their kid to get a computer that they may not have had, and they prioritize their kid’s education over the rent that month? It all snowballs. And a lot of people end up in worse situations than they may have been in three years ago.

I think the lasting effects are still up for debate. I think the dust is still settling.

Q: How successful has this program been in Oakland?

A: We’ve served over 7,200 households to date. We’ve spent over $30 million. And it’s a success when they don’t come back. We haven’t had any duplicates yet.

Q: Why is Keep Oakland Housed getting its first executive director now, four years after it launched?

A: I think the need is great. Even with the work that’s been done in the past, we’ve still unfortunately seen the population of homelessness rise over the years. I think it’s just time to become more intentional than we’ve ever been, and really just provide interventions that we may not have in the past.

We need to double down on this and further invest, and really, we need a call to action to get commitment from every corporation, every funder and every community member that is sad about what they’ve seen due to systemic inequity, gentrification and long, long-term harm to the community.

Q: With demand so high, what percentage of applicants are you able to serve with the resources you have?

A: Currently, there’s two buckets under the Keep Oakland Housed umbrella. As for the COVID emergency fund, even with all the money, there wasn’t enough. We’ve already exhausted the federal funding. Now we’re tapping into the state funds, and we expect to run out by mid-November. We project there’s still going to be a few thousand people left over.

We’re also looking at how many of those people we will be able to serve with the private funding, which is the other bucket. I think that in order to really serve the the current needs that we’re seeing, we’re going to need more fundraising. But we’ll definitely make a dent.

Prior job: Associate director at Bay Area Community Services for a year before getting tapped to lead Keep Oakland Housed. Before that, he was a senior director of development for Downtown Streets Team.

Home: Pleasanton for now, but he plans to move back to Oakland next year