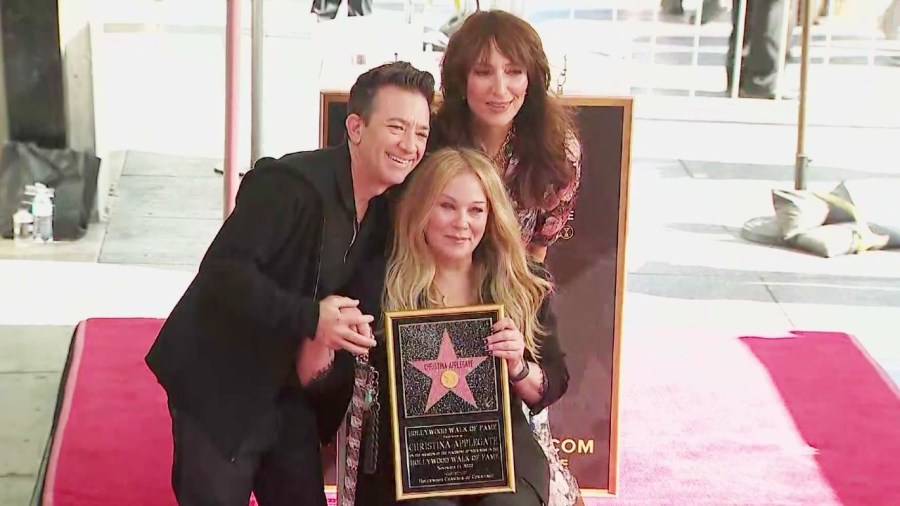 Television and movie star Christina Applegate was welcomed to the Hollywood Walk of Fame Monday.

The Emmy-winning actress was joined by fellow “Married With Children” stars Katey Sagal and David Faustino at the celebration.

The public appearance marks Applegate’s first since she revealed she had been diagnosed with multiple sclerosis in 2021.

“Hi my people. Hi my lovers … you’re all so gorgeous. Every single one of you,” Applegate told the cheering crowd.

“Thank you so much, this is an incredible honor,” said an emotional Applegate, who received assistance from Sagal as she walked to and from the podium.

The “Anchor Man” and “Anchor Man 2” actor was originally set to receive a star in 2020 before the pandemic delayed her addition to the Walk of Fame, Variety reported.

Applegate will be starring in the third and final season of “Dead to Me,” which premiers on Netflix later this week.